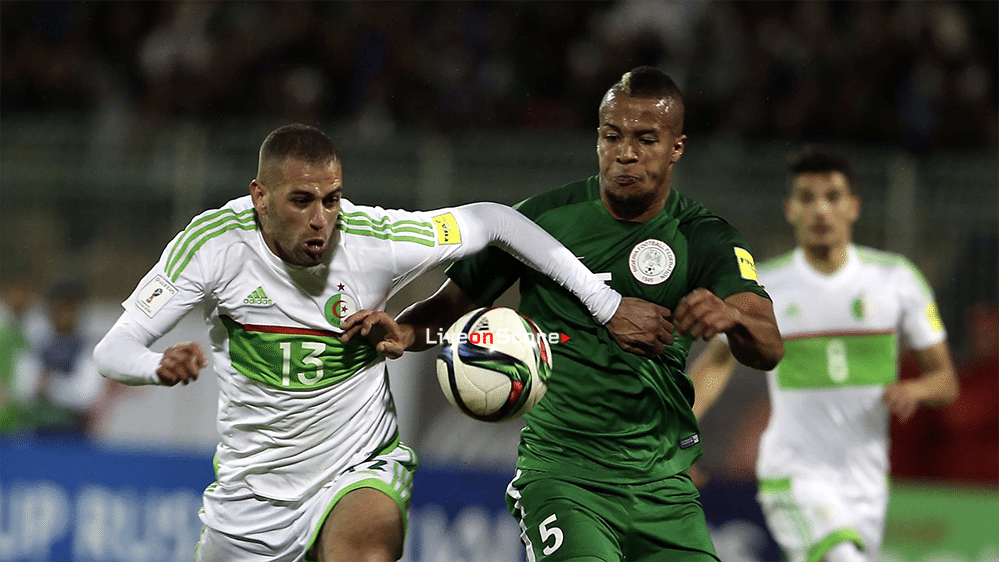 Each of them had their first title on the expense of the other. It’s a classic African encounter when Algeria locks horns with Nigeria at the Cairo International Stadium on Sunday (14 July 2019) night as both sides are seeking a place in the 2019 Total Africa Cup of Nations final.

Les Fennecs of Algeria had their first (and only till the moment) AFCON glory at home in 1990. Their opponents in the final was no one but the Super Eagles of Nigeria. Algeria emerged victorious 1-0 on that day to conquer the continent for the first time.

Ironically it was the same case with Nigeria ten years before. The Super Eagles won their first AFCON title at home in 1980, defeating Algeria in the final 3-0 then. Nigeria moved to win the title two more times (1994 and 2013).

Apart from these two finals, it’s going to be the ninth time both sides face each other in AFCON finals, making it one of the most repeated fixtures in the history of the continental showpiece. It has always been very competitive as each side won three times with two previous draws. They met once in the very same round (semifinal) in 1988 when Nigeria won 9-8 on penalties after a 1-1 draw in regular and extra time. 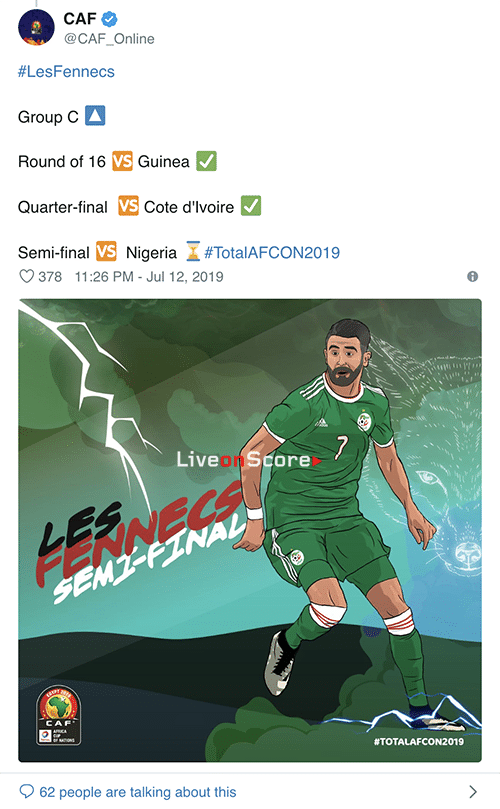 This year both sides entered the competition not favored to go far, but they have won momentum with every match to reach this stage. Algeria won four and drew one in five games, while Nigeria also won four and lost once. Both sides are having stars to rely on; Riyad Mahrez (Algeria) and Alex Iwobi (Nigeria) are just an example.

The Cairo International Stadium clash of titans kickoff at 21:00 local time (19:00 GMT), with the winner advancing to the Grand Final to face either Senegal or Tunisia on Friday 19 July 2019 with the Holy Grail of African football at stake. 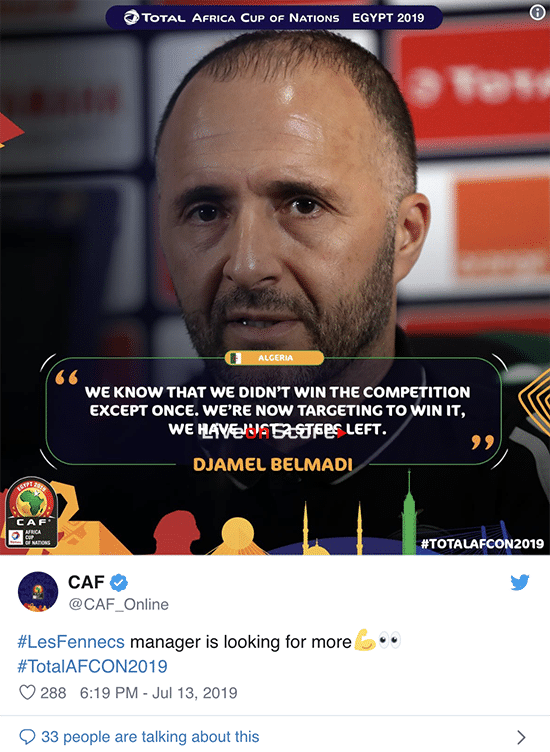 We tried to prepare well because we just played 48 hours ago so the most important is to recover well. When we play in AFCON semifinal we have to be prepared well mentally and physically. We are ready and will do our best to prepare for the coming game. This is the semifinal so there are no favorites, the chances are equal. Of course this AFCON is more difficult than that we won at home in 1990. We have great supporters who make us keener to have some good results to make them happy.

Our last game against Cote d’Ivoire was very tough but we recovered well. Nigeria is a very good team with some good players. But we know what we can do and we will do it. The morale in the team’s camp is very high and we are doing our best to get some good result and reach the final. We want to make our coach proud of us because he makes us give our best. 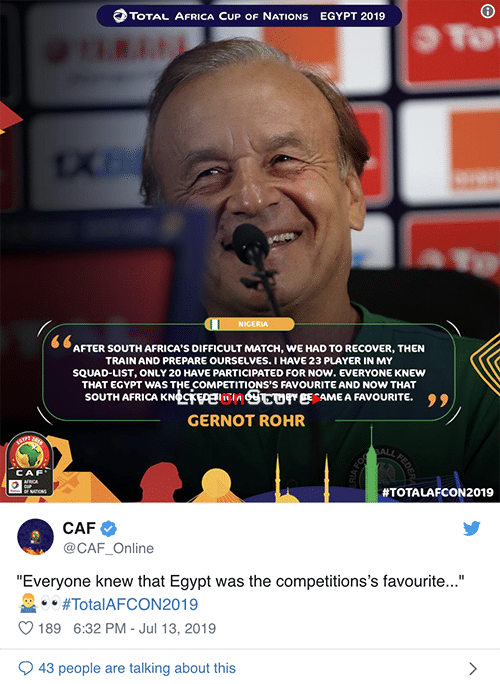 After the difficult match against South Africa we had to recover first. Some of our players had minor injuries and they are receiving treatment. We watched Algeria’s game against Cote d’Ivoire and were impressed by that very good game. We faced Algeria twice in the 2018 World Cup qualifications, but they are a much better side now. This is going to be a more tough game. As a coach I’m always optimistic. If we played like what we did in the past two games we could win. But we have to be cautious because we are facing a very strong team. We have to improve our performance, we have to make use of the chances we have and take care in defense. Algeria have players in very big clubs and I have to commend their coaching staff. We know their players very well and they are a very good team. We are playing against a team which everyone believes they were the best in the group stage, so they are the favorites not us. The four remaining teams are the best in Africa.

We are ready and looking forward to the game. Both character and quality are important. In 2013 we had some experienced players, but this time we have more young but talented players. All our efforts are there for Nigeria and hopefully we can translate this to win. We always think of the next game, our approach had always been like this. So for now we are thinking of Algeria’s game, not the final.