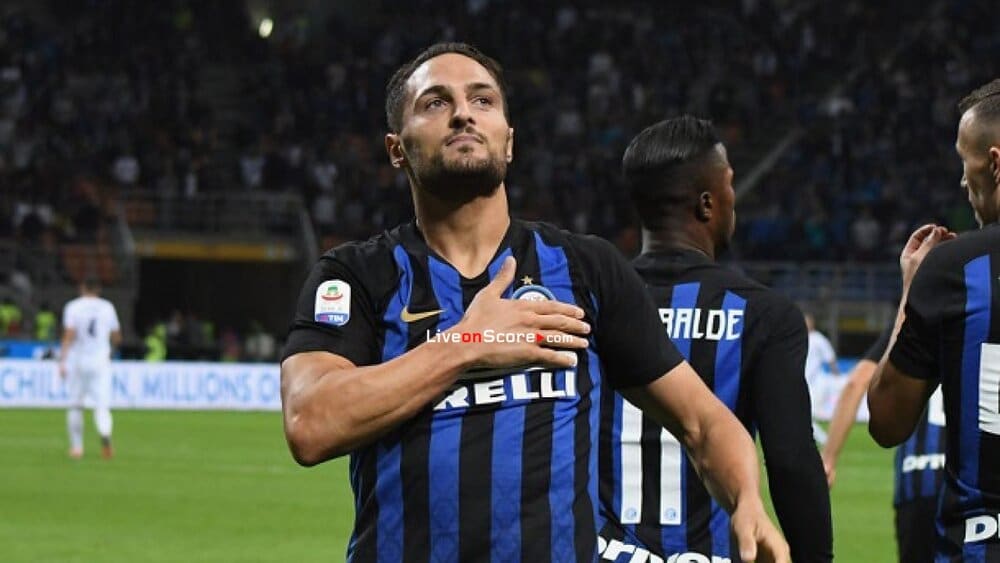 Ambrosio: “Warm wishes to all Nerazzurri fans and dads, we’ll come back even stronger”

MILAN – Following on from Milan Skriniar, today Danilo D’Ambrosio answered the Nerazzurri fans’ questions from his home, starting by addressing the current situation that requires us to stay at home for the common good and reminding us not to forget those who need our help the most.

The fans had many questions for the Nerazzurri defender, starting with the number on his shirt: “I chose 33 because my favourite number is 3. When I arrived at Inter obviously this number wasn’t available because it belonged to the great Giacinto Facchetti, so I chose to add another 3 instead.” Then he spoke about his idols and his love of Inter, which he’s passed on to his children: “My idol, due to his passion, the way he played and presented himself throughout his career is Zanetti. My wife has always followed me on my journey and now our passion has been passed on to our children: the eldest has been coming to the stadium ever since he was very young, he’s become very fond of Inter and knows all the players which is impressive. I’m happy that he’s mine and Inter’s biggest fan, and I aim to make him suffer as little as possible! Other than me, the first three players he met were Lautaro Martinez, Lukaku and Gagliardini.”

He doesn’t hesitate when asked about the most exciting match he’s ever played in for the Nerazzurri: “The most exciting match since I arrived was the one we played against Lazio at the Olimpico when we won 3-2 and I scored from a corner which started Inter’s comeback and allowed us to return to the Champions League.”

Among his best feelings was his clearance against Empoli: “Time stopped before that ball hit the crossbar! That image is imprinted in my memory, I was hoping that Caputo would cross it instead of shoot because I knew that I could then somehow stop them scoring. So, when I saw the ball going towards his teammates I tried with all I could to push it away, and luckily, or skilfully, the crossbar helped me out and they didn’t score.”

In amongst the questions, Danilo also had time to send a quick video message to Skriniar, who hosted yesterday’s Q&A: “It’s great to share the pitch with him, he’s a serious guy, a professional in every sense and a superb player who can become a great champion. I hope that’s what he achieves.”

Several of the questions touched on his role on the pitch and at Inter today: “Through his advice and his work in training, Conte makes it easier for you to put what you’re trying into practice on the pitch, we try a lot of different things in training, so for me playing either as one of a back three or as one of the wing-backs doesn’t make a big difference, I know what to do. The way of reading the game changes but I don’t mind either position. Oriali is someone who used to serve Inter, there’s a direct and sincere relationship with him, just like with everyone, I’ve always respected him, I had the pleasure of working with him in the National Team and then here at Inter.” Plenty of goals from corners? “It’s not just instinct, it’s more determination that drives me because I look at how the opposing team line up for corners and then I choose the run I’m going to make, so when my teammate takes the corner I’m already making my run along the route I’ve decided, and if the ball comes my way then there’s a 90% chance I score.”

Moving on to goals and shirts: “All of my Inter shirts I’ve scored in are special to me, I’ve got all of them in my wardrobe, every goal I’ve scored across my career with Inter is special, because since I’m not an attacker every time I score it’s a great emotion, especially since I became a father, I feel I have to give something more.”

Our defender was then asked for his dream 5-a-side team: “If I could choose retired players too, I’d have Handanovic in goal, he’s one of the best keepers in Europe, in defence I’d go for Cannavaro and Zanetti, Pirlo and Iniesta in midfield and then Ronaldo “El Fenomeno” up top.”

Give everything and have no regrets, that’s D’Ambrosio’s philosophy: “Before stepping out onto the pitch I always tell myself that I have to give my all and that I have to end the game without any regrets.”

Finally, on Father’s Day in Italy, a thought for the children and those close to them in these difficult times: “My wife and I tried to explain to our eldest son why he can’t go to school anymore, he asks a lot of questions, asking why he can’t play with his friends, so we explained the situation to him. He knows the word Coronavirus, he doesn’t know what it is but he knows that it’s something preventing him from living the life he had up until a few weeks ago. We told him to stay calm because everything will go back to normal, he’ll go back to school and play with his friends, and I have to say that he’s a very smart boy and he understands the messages we’re explaining to him.

“A virtual hug to all, warm wishes to all dads, including my own, with the hope that we’ll all be back together soon for a bigger hug than ever.”