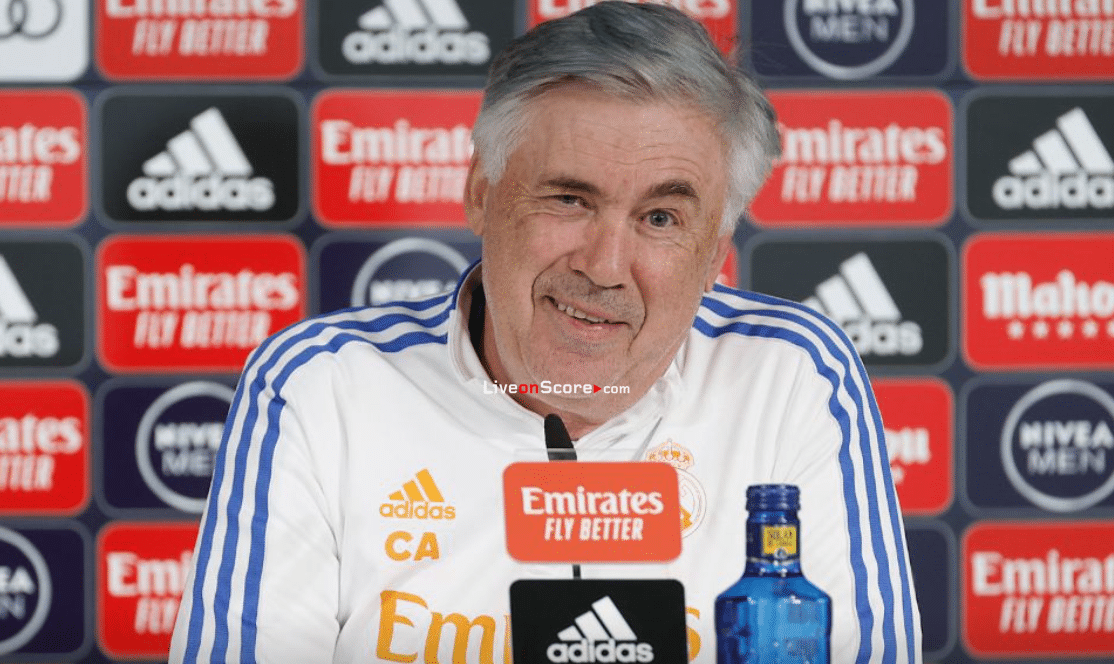 Ancelotti: “This team is full of leaders and we’re lucky to have them“

“There isn’t just one leader here. We have a team full of leaders, who are hugely important in setting an example. Karim, Luka, Kroos, Courtois, Marcelo… It’s a team full of leaders and that’s the good fortune I have as a coach. I don’t think anyone is fatigued for tomorrow, but I may make a few changes due to the type of game we want to play. It won’t be a result of fatigue because the players don’t look tired to me.

Win over PSG
“It meant a lot, but more than from a sporting perspective, it was the emotional side. From that point of view it was beautiful to see and very important for us. The team gave the fans something to get behind and the fans did just that. We know we have an amazing atmosphere at the Bernabéu that will be there to help us in big games. I was thrilled to see the atmosphere among all the madridistas at the game”.

“There’s no euphoria here at the club. We’re still in the Champions League and tomorrow we have another game in a different competition and we’re focused on that. This is a team used to looking forward, that comes with the club’s history. We won a game but it’s only the Champions League Round of 16. When you lose, you feel awful, it’s not just a mental thing but physical too. All the PSG players were very deflated after the game but that’s football. Disappointment can have the same impact as joy”.

Mahrez on how he has thrived working under Guardiola