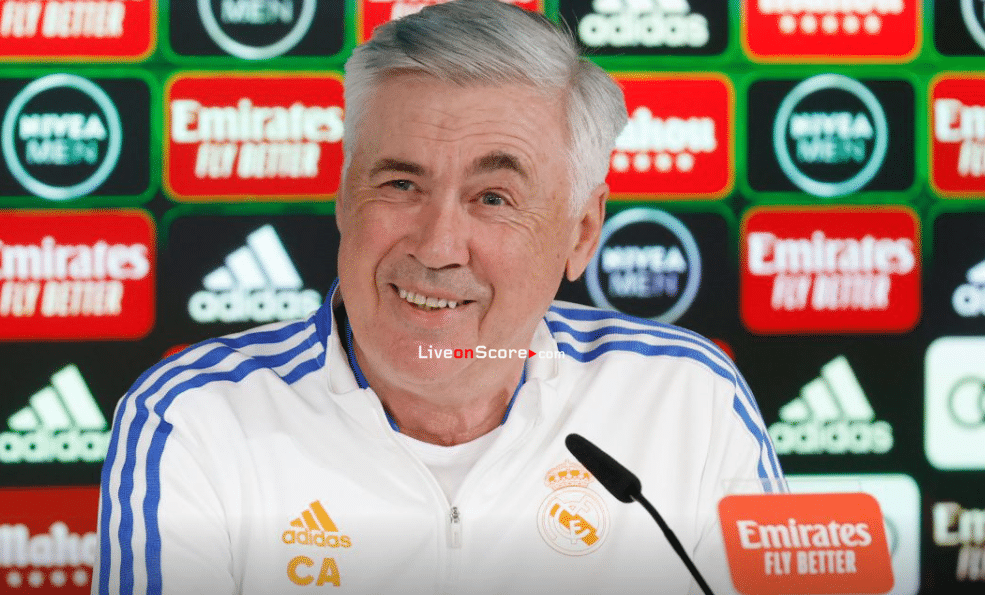 Ancelotti: “We’re going to respect LaLiga and this jersey“

“The team is in good shape for the derby and it’s important to keep up the rhythm in our game”, said the coach.
Carlo Ancelotti appeared in an online press conference at Real Madrid City on the day before the LaLiga matchday 35 clash with Atlético de Madrid at the Wanda Metropolitano (Sunday, 9:00pm CEST). The coach explained: “The team is in good shape. We have some doubts over players who haven’t recovered. We’ve had two days off, we’ll try and get the best out of the team. Lunin will play tomorrow because I want to give Courtois a break. Alaba, Hazard, Bale and Isco are out but they’ll be back following tomorrow’s game”.

“These games are useful for us, they give us a chance to keep out rhythm up. We might not be playing for the league anymore but it’s important to keep the pace of the game and respect the competition. We want to respect our jersey as well, it means we’re obliged to always give it our all”.

Respect for Atlético
“Italians aren’t used to giving a guard of honour. Everyone should do what they feel is best and we have to respect that. We have the utmost respect for Atlético, their players and their coach. They’re our neighbours, friends… If they do it, fine, and if they don’t, that’s okay too. We’ll respect whatever they choose to do”.

Who is Carlo Ancelotti?
“I’m a relaxed guy. I love what I do and I enjoy my life. I’m not obsessed with football. I’m lucky enough to work in something I like doing”.

Bale
“All the players have an affection for Bale and vice-versa. When you have a back issue it becomes difficult to move, it happened to me. If Bale is okay, he trains, but if he doesn’t it’s because he can’t move, not because he’s distant”.

Retirement?
“If everything is going well, I’d stay here until I’m 80, if I don’t go mad. I’ve had a wonderful time, finding a better team than Real Madrid in world football is going to be pretty tough. When Real Madrid have had enough of me, I can think about giving it up. I have a lot to do afterwards when the time comes and that’s fine”.

Virgil van Dijk: We have to turn frustration into focus

Ansu Fati: Goals in his blood