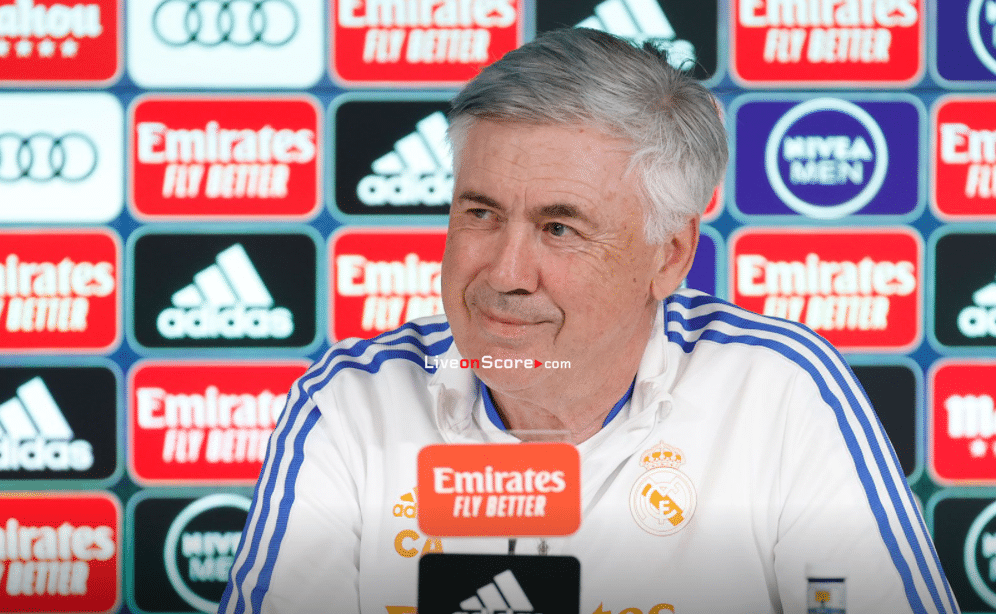 Ancelotti: “We’re ready for what’ll be a tough game”

“We need to win and get the points because the LaLiga title race isn’t over,” declared the madridista boss.
Carlo Ancelotti shared his thoughts with the media in an online press conference from Real Madrid City on the eve of the LaLiga Matchday 32 encounter against Sevilla at the Sánchez-Pizjuán (9pm CET). The boss previewed the contest in the following terms: “The team is in good shape. We’ve had the time to recover and prepare well for this next game, which is against strong opposition. Sevilla have good quality, both individually and as a team. We’re physically and mentally aware that we’re getting close to the end of the season and that every game is very important, including the Sevilla game”.

“We played on Tuesday and we’ll be playing again on Sunday night. In terms of fitness, we’re doing well. We want to put in a high-energy and intense performance, which is what is needed in these types of games. We’ve had enough time for everyone to recover.”