Robben could face a short period on the sidelines after suffering another minor injury, exiting the field in a friendly match against fifth-tier Lippstadt, as confirmed by the team’s official Twitter account. Robben scored before leaving the pitch with a knock in a 4-3 win. 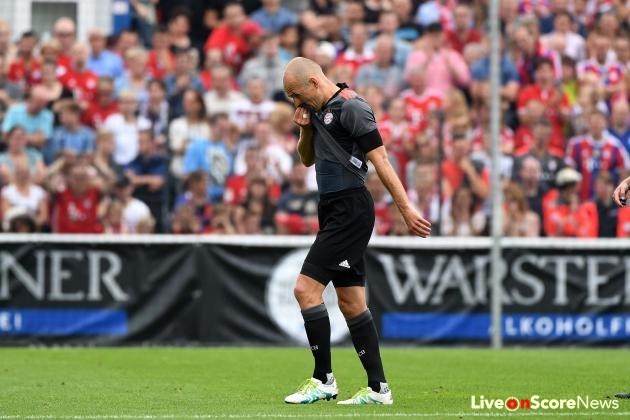 A series of ailments meant the forward was restricted to just 22 total appearances and played the full 90 minutes in only nine of those matches.

This setback means Ancelotti could be without his wide asset for the upcoming fixtures during Bayern’s pre-season preparations, giving the coach a conundrum of who to promote in his absence.

Douglas Costa enjoyed a mesmerising maiden campaign at the Allianz Arena last season and will be expected to step up once again with Robben out, while Thomas Muller always carries a creative responsibility.

Robben is a key component in Bayern’s setup when fully fit, but after turning 32 years of age, the Netherlands veteran is having trouble staying fit and healthy for long stretches.