Pereira to defend title vs. Adesanya at UFC 287

Last season’s English Premier League runners-up Arsenal is rumored to be “reluctant” in submitting a bid for Olympique Lyonnais forward Alexandre Lacazette after the Ligue 1 club recently tagged him with a £42 million release clause. 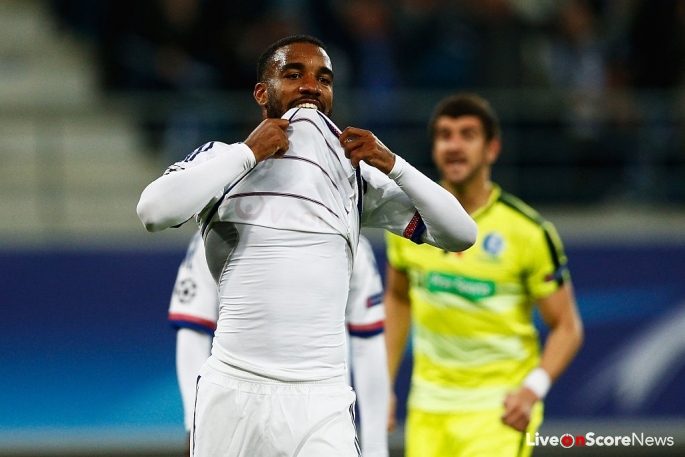 Daily Mail Online reported that Lyon decided to increase Lacazette’s fee as they do not need to sell him anymore after defender Samuel Umtiti was snagged by La Liga champions FC Barcelona for £21 million last week.
Les Gones strategy seemed to have worked as the Gunners have allegedly backed out of their interest in the 5-foot-9 Lyon, France native.
The 25-year-old French striker had long been a target of Arsenal head coach Arsene Wenger, who is currently searching for more scoring options up front for his squad next season. The Gunners finished second in the Premier League behind newly-crowned English champions Leicester City last term and are set to participate in the coming 2016-2017 UEFA Champions League.
After being beaten by Barça in the round-of-16 competitions of the 2015-2016 edition, Wenger allegedly felt the need to upgrade his attacking crew that is presently comprised of compatriot Olivier Giroud, Alexis Sanchez, Theo Walcott, Alex Iwobi, Danny Welbeck, and Joel Campbell as he is said to be planning to add two more forwards this summer.
The 66-year-old French mentor had already signed 21-year-old Japanese forward Takuma Asano from Sanfrecce Hiroshima earlier this month and so there is still one spot left in his planned roster.
Lacazette is speculated to be one of Wenger’s top striker options along with Edinson Cavani, Saido Berahino, and Pierre-Emerick Aubameyang, but after Lyon increased his buyout clause, the coach seemed to have changed his mind.
Meanwhile, Lacazette’s agent, David Venditelli, claimed that his client is really not for sale and does not have a release clause option in his current contract with Lyon, as per Caught Offside.
With that Wenger and the Gunners are said to be ready to move on from the Frenchman as the team tries to approach the representatives of their other options.
Lacazette was impressive under manager Bruno Génésio in the recent term as he helped Lyon finish second to powerhouse squad Paris Saint-Germain. He scored 21 times in 34 games in the French top flight while netting 23 goals in 44 appearances in all competitions for the Les Gones

Pereira to defend title vs. Adesanya at UFC 287