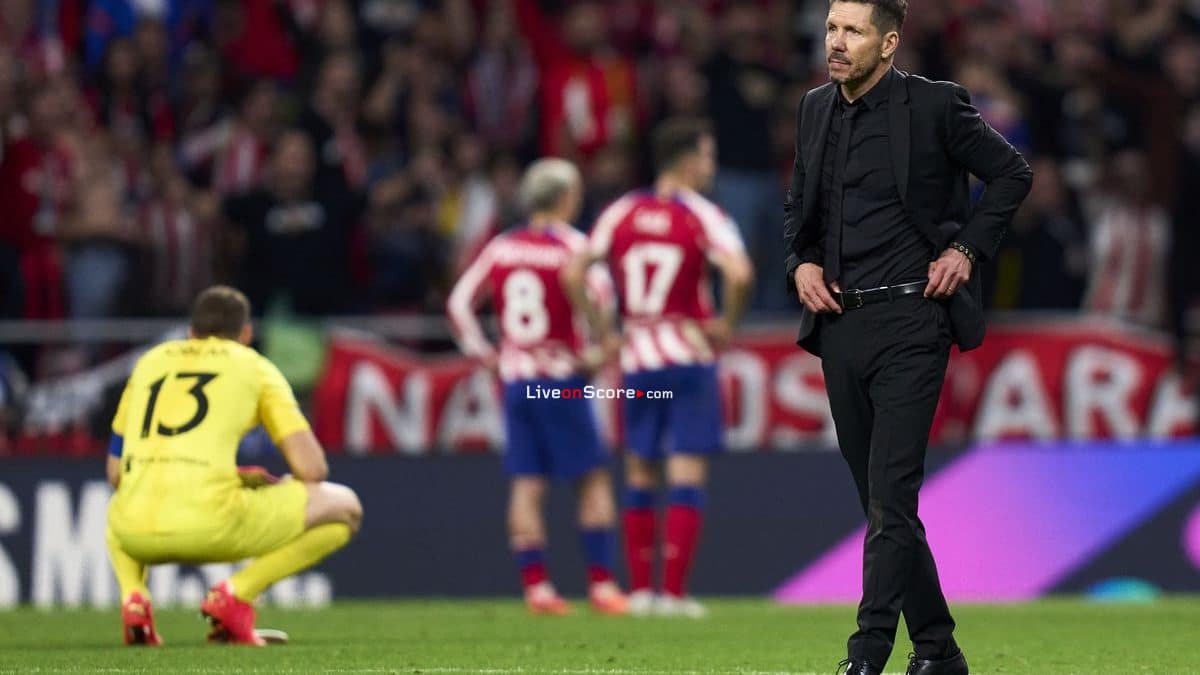 Atletico Madrid exited the Champions League in dramatic fashion after missing a penalty in added time.

The La Liga side will drop into the Europa League – which they won in 2018 – after they failed to beat Bayer Leverkusen.

In the 95th minute Madrid were given hope as VAR sent the referee to the pitchside monitor and he awarded a penalty for handball in the area.

Yannick Carrasco stepped up but his effort was saved by Lukas Hradecky.

Diego Simeone’s side came from two goals down after strikes by Moussa Diaby and Callum Hudson-Odoi.

Carrasco and substitute Rodrigo de Paul kept Madrid in the game, but ultimately a draw was not enough for them to progress past the group stage.