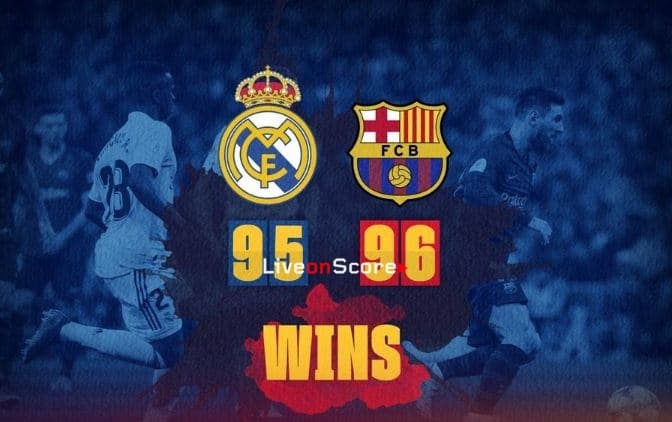 Barca now have history on their side

FC Barcelona are historically ahead in ‘El Clásico’ thanks to their 1-0 win in the Santiago Bernabéu on Saturday. Barça have now overtaken Real Madrid’s number of victories in the fixture for the first time in 87 years with this week’s two wins in Madrid vital for a whole host of reasons.

The match up’s beginnings were slanted in Barça’s favour as the blaugranes claimed the first meeting,
winning 3-1 with club founder Joan Gamper scoring one of the goals. After the first 13 meetings with Real Madrid,
the blaugranes had a lead of 6-5 in victories. In 1931/32 their rivals levelled things up and from that point on Real Madrid took the lead in the head to head battle.

After a long, long period with Real Madrid in front, Barça’s 2-1 win the Bernabéu in 2012 brought them back level at 86 wins each. However, since that day Barça had not been able to get ahead of their biggest rivals until this Saturday.

Just 10 years ago Real Madrid led by 85-78 but a decade later the balance has swung in Barça’s favour at 96 to 95 with 18 wins, 9 draws and 10 defeats in that time in El Clásico, figures that bear out Barça’s current glorious era of success.

Allegri: Against Napoli we are playing for two thirds of the Scudetto

Solari: "The players tried their best and But we lost the game"