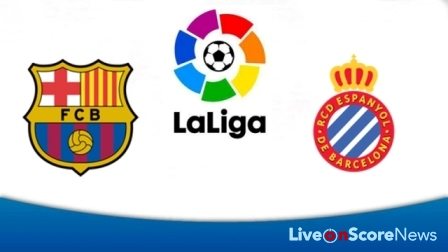 Barcelona vs Espanyol – Preview and Prediction

Barcelona snapped a three-game winless slide as they routed cellar-dwelling team Osasuna, 3-0, on the road at the El Sadar Stadium last Saturday, as per The Guardian.
Lionel Messi netted a brace to lead head coach Luis Enrique’s side to the win, their first since their 2-1 victory over Sevilla in early November.
Osasuna was able to hold Barça to a goalless first half until Uruguayan striker Luis Suárez broke the deadlock one minute before the hour mark of the match with a simple tap-in off an assist from Spanish defender Jordi Alba.
From there, Messi took over the scoring, netting his first goal in the 72nd with again another cross from Alba. The ball started with Messi on the attack, found Denis Suárez in the middle, slipped the ball to Alba in the left side, and ended with Messi once more for the shot.
The five-time Ballon d’Or winner then scored his second goal of the game in injury time to seal the win for Barcelona.
Barça remained in the second spot of the league table, six points behind current league leaders Real Madrid, after the win.
Meanwhile, Espanyol is coming off a 2-1 victory over bottom three team Sporting Gijon at their home field of Cornellà-El Prat Stadium last Sunday, ESPN reported.

It was also a goalless first half for both squads as the two teams’ defenses were able to fend off each one’s attacks early in the match.
Espanyol finally opened the scoring in the 54th minute with a header by Ecuadorian striker Felipe Caicedo from a cross by vice-captain Victor Sanchez after a set piece situation.
Los Periquitos kept momentum and netted another one in the 90th minute with a right-footed shot from the right side of the box from Brazilian midfielder Leo Baptistao.
Sporting scored a consolation goal in stoppage time with a right-footer from forward Duje Cop.
It was the ninth consecutive unbeaten performance for Espanyol as they are now settled in the ninth spot of the league table.
Prediction and Predicted Lineup
The predicted result is a 3-1 romp for Barcelona.
Barcelona starting lineup (4-3-3 formation): ter Stegen; Alba, Umtiti, Pique, Roberto; Iniesta, Gomes, Busquets; Messi, Suárez, Neymar
Espanyol starting lineup (4-4-2 formation): Diego Lopez; Martin, Reyes, Sanchez, David Lopez; Gullon, Fuego, Baptistao, Jurado; Gerard, Caicedo

Juventus vs Roma - Preview and Prediction