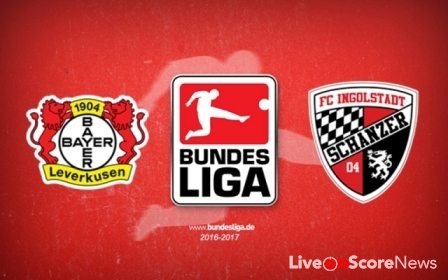 REASON FOR BAYER LEVERKUSEN VS INGOLSTADT BETTING TIPS
Bayer Leverkusen secured themselves a guaranteed third-place Bundesliga finish and Champions League football for next season with their 2-1 win the weekend before last against, at the time, fourth-placed Hertha Berlin. Leverkusen ended their 2015/2016 campaign finding form at the perfect time with seven consecutive league wins and as the most in-form side in the Bundesliga. Notable credit must be given to Javier ‘Chicharito’ Hernandez, who has scored 17 times in his 27 Bundesliga appearances, and his support from wingers Karim Bellarabi and young Julian Brandt. Leverkusen experimented with their lineup last time out in their 2-1 defeat away to Borussia M’gladbach, deciding to rest some “star players” so that some of their younger and reserve players could taste top flight action.

FC Ingolstadt will have aimed for nothing more than survival as one of the two newly promoted sides in the 2015/2016 Bundesliga campaign. Last Saturday’s 2-1 defeat against FC Bayern Munich was meaningless, other than allowing Bayern to secure their fourth-consecutive Bundesliga title, as they had already confirmed their survival with a 2-2 draw against Hannover 96 in the weekend prior. Ingolstadt have guaranteed themselves another season in the top flight and currently stand on the magic “40 point” total with one match remaining. Neither relegation nor European qualification remains a mathematical possibility for them.

Leverkusen remain without defenders Papadopoulos and Brazilian Wendell, who are both now ruled out for the rest of the season. Tin Jedvaj will not feature as he serves out his one match ban. Expect Bayer Leverkusen to play a similar lineup to that from last weekend’s 2-1 loss away to Borussia M’gladbach.
INGOLSTADT TEAM NEWS

FC Ingolstadt are without defender Robert Bauer, who is serving a 1 match suspension. Also doubtful is defender Danilo Soares, who was substituted off with a toe injury during last match.
BAYER LEVERKUSEN VS INGOLSTADT PREDICTIONS
Bayer Leverkusen or Draw and Both Teams to Score at 10/11