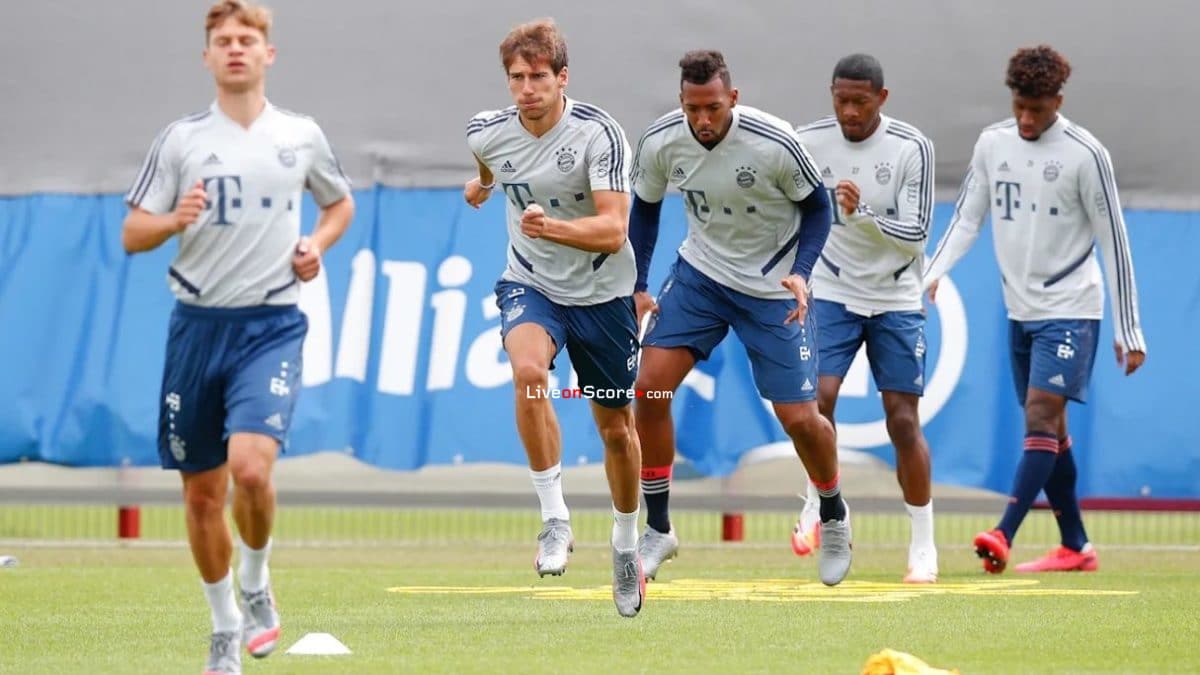 Bayern aim to take next step against Düsseldorf

After a successful midweek win, FC Bayern welcome Fortuna Düsseldorf to the Allianz Arena on Saturday evening (kick-off at 6:30 pm CEST, coverage available via our live text commentaryand free web radio). After victories against Frankfurt and Dortmund, FCB hope to pick up their third win in seven days. Here is everything you need to know about the fixture on Matchday 29.

After the strong performance in Dortmund during the week, FCB are seven points clear of their nearest chasers with six games remainining, and hope to carry this lead to the end of the season. “Of course we want to win against Düsseldorf, even though it will be difficult. We want to build on our big win in midweek,” said Hansi Flick at the press conference on Friday.

Bayern have been victorious in all three games since the coronavirus break, keeping clean sheets in two of them. FCB once again performed strongly in defence against BVB. “A lot of work was put in. Now it is important to build on this in the home game,” added the coach.

Fortuna are fighting a relegation battle at 16th in the table, but since their change of coach there has been a clear upward trend. And Düsseldorf are difficult to beat, only losing one of nine games under new coach Uwe Rösler (two wins, six draws). During the week, they beat Schalke 2-1 after going behind. “We are difficult to play against,” said Rösler confidently. “With willpower we can make it difficult for Bayern as well. We will develop a battle plan that will help us create a surprise,” said the 51-year-old.

A few days after the victory over Schalke, Rösler could not say what his squad for Saturday evening would look like. “We will rotate again,” he announced, “this is helpful if we’re playing midweek games.”

Team news
Flick didn’t want to reveal any details about the line-up on Friday, although Thiago will be absent again. The Spaniard has already missed the two games against Frankfurt and Dortmund due to muscular problems. It is still uncertain when he and long-term absentees Niklas Süle (cruciate ligament), Corentin Tolisso (ankle) and Philippe Coutinho (ankle) will be available again. “I think Thiago will come back the fastest. However, you have to watch how the muscles react to increasing stress. We won’t take any chances.”

What the coaches say
Hansi Flick: “From our analysis, I think Düsseldorf make it very difficult for the opponent to build a constructive football game. It’s important we act in a focussed manner and work as a team on the pitch, everyone has to get involved. The Düsseldorf team are good on the ball if you let them have it. We have to stop that.”

Uwe Rösler, Fortuna Düsseldorf coach: “As a player and coach, I’ve always had a lot of respect for Bayern. The success of the club speaks for itself. The football they’re playing at the moment is fantastic. Of course, we need some luck, but we want to frustrate Bayern with our play. We need a lot of energy to do that, and we’ll have to run hard.”

Marcelo: “We're close to getting going again and we can't wait"