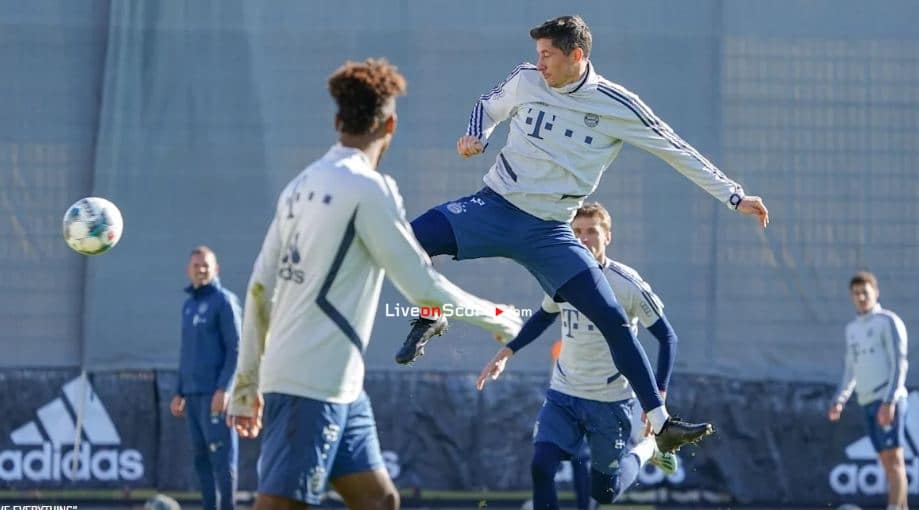 Bayern fired up for top of the table clash

The situation
Bayern have really hit their stride lately and go into this match with great confidence following eight successive wins in all competitions. “Our winning run reassures me. It says something about us,” said captain Manuel Neuer on Wednesday evening after the DFB Cup success (4-3) over Hoffenheim. Neuer and Co have just one aim on Sunday: staying top and extending their lead over Leipzig to four points. “We know what kind of opponents we’re facing, but we’re at home and want to win the game. We’ll give everything,” stated sporting director Hasan Salihamidžić.

The opposition
In contrast, the Red Bulls have faltered somewhat since the winter break. Before Tuesday’s cup exit at the hands of Eintracht Frankfurt (1-2), RB had taken just one point from their previous two Bundesliga games. That dip in form comes at a bad time for the Saxony side, but Bayern boss Flick is not letting himself be deceived by it. “They’re a top team. Regardless of the last few games, they possess enormous quality,” said the 54-year-old. His opposite number Julian Nagelsmann is also not unsettled by recent results. “We’re doing everything to get back on track,” said the 32-year-old tactician, adding: “The role as pursuers might suit us in the match against Bayern.”

Team news
Kingsley Coman has declared himself fit in a timely boost for Flick, who confirmed that the Frenchman will be in the squad. Lucas Hernández, who returned to the squad against Hoffenheim in midweek, is also “making good progress” according to his coach and is likewise in contention for the meeting with the Saxons. Therefore, only the recovering Niklas Süle (ACL) and Javi Martínez (muscle injury) as well as recent casualty Ivan Perišić (ankle fracture) will be absent for the record champions.

Zidane: "We face a tough game and we'll give our all out there"

Saelemaekers "I feel ready for Milan"