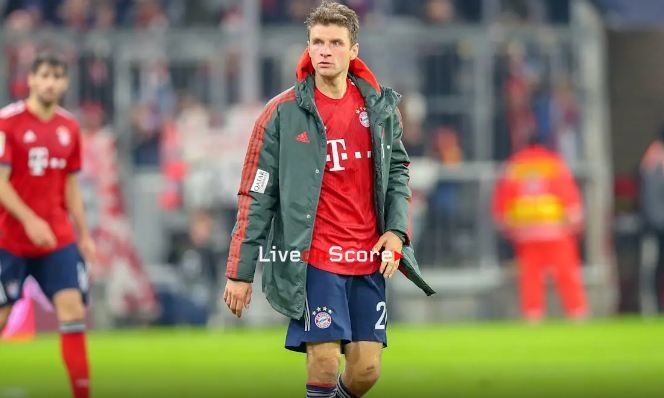 Bayern look forward after the match of Düsseldorf

The Säbener Straße training ground was shrouded in fog on Sunday morning. The inhospitable weather conditions somewhat reflected the mood in the FC Bayern camp. Yesterday’s 3-3 draw against the plucky newcomers Fortuna Düsseldorf was more than frustrating – that was written on the faces of the FCB players. A last-minute goal conceded in added time denied the record champions the three points. “We can’t let that happen,” declared a disappointed captain Manuel Neuer after the game. Club president Uli Hoeneß even talked of a “shock”.

It looked like FCB were on course for a deserved victory. Niklas Süle (17’) and Thomas Müller (20’) gave the Reds a comfortable lead early on. Bayern were in control of the game, had more possession (78%), more shots on goal (15 to 10) but were initially unable to find the back of the net again. In response to the first setback of the game – Dodi Lukebakio pulled a goal back just before half-time to make it 2-1 – Niko Kovac’ team found the right answer with Müller’s second goal of the game. In spite of numerous chances, FC Bayern were unable to beat the Fortuna keeper Michael Rensing again and the visitors were able to draw level with another two goals from Lukebakio (78’/90 +3’).

“It didn’t look like the game was heading for a draw but if we concede three goals at to home to Düsseldorf then we have to take a good look at ourselves,” admitted double goalscorer Müller. The fact the record run of the 29-year-old forward has continued with Bayern not losing in the 85th Bundesliga game when Müller scores, was scant consolation. His coach Niko Kovac was just “annoyed” about “the way we defended with all three goals we conceded.” He added, “it doesn’t matter if it’s a newly-promoted team or a Champions League opponent. Those sorts of mistakes get punished.”

However annoying the dropped points were, the next training session saw the FC Bayern players get stuck in to make sure they are in a position to make amends in Tuesday’s Champions League match against Benfica. Kovac was therefore unwilling to issue a general dressing-down as he explained in the post-match press conference. He said he would “make his feelings clear behind closed doors” in addressing what went wrong against Fortuna. Arjen Robben looked forward to the next game : Big teams “get back up and carry on,” declared the Dutchman. Now it is all about, “only one thing counts on Tuesday, we have to win.”