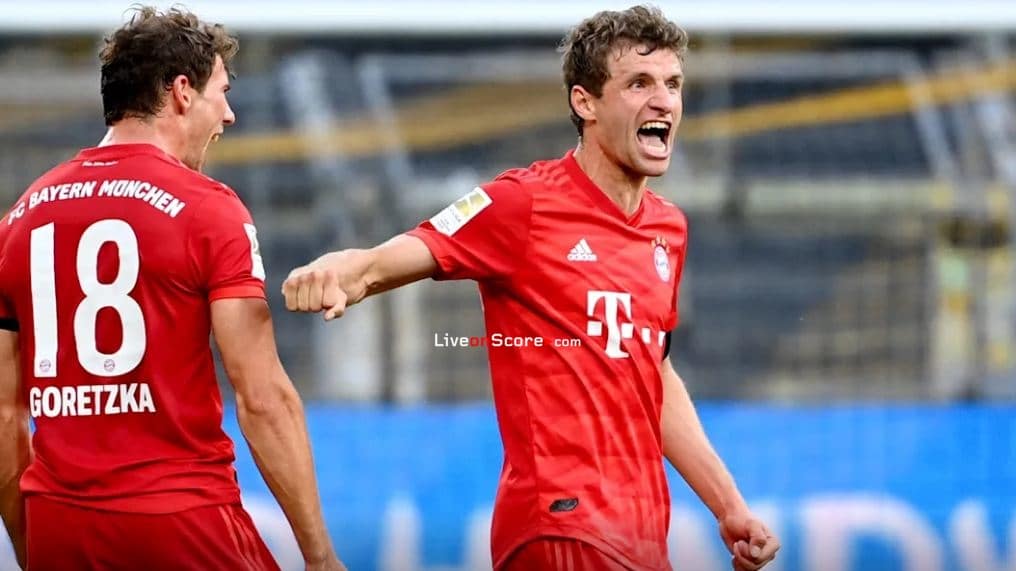 Hansi Flick had stressed in previous days that the decisive factor for this extraordinary run-in would be mentality. And that’s exactly what FC Bayern showed in the highly anticipated top-of-the-table match away at Borussia Dortmund. Thanks to impressive desire, the record champions claimed a 1-0 win in Der Klassiker at the Signal Iduna Park to take a crucial step in the defence of their Bundesliga title.

“We were very focused, very resolute, fully alert and at times also bold. I’m very happy with that,” said Flick of his team’s performance. Representative of that extraordinary mentality was matchwinner Joshua Kimmich, who set a new Bundesliga record for this season as he covered a distance of 13.7 km.

ayern approached the game in Dortmund with extreme focus. “Regardless of the table, when you play away in Dortmund, even without fans, you’re always completely motivated. I think you saw that in us,” added captain Manuel Neuer. It meant the visitors from Munich allowed Borussia’s impressive attack very few chances and produced a 12th clean sheet of the season – a league best. It was just the cherry on top for Neuer, who made the 400th Bundesliga appearance of his career. “It’s a nice number, but of course I’m more pleased with this away win.”

The victory in Dortmund was a sense of deja-vu for Bayern. As it was last year, the triumph over Borussia came on Matchday 28 and was FCB’s 20th win of the season to move on to 64 points. But this time the overall situation is much better going into the final six games. After last year’s encounter, Bayern were just a point ahead of their rivals, but now it’s seven above second place. No team has ever blown such a lead after 28 matchdays since the introduction of three points for a win.

Nevertheless, Bayern know they have to remain focussed and maintain the outstanding mentality they showed on Tuesday. “We put in a class performance as a team, above all with great heart. That’s the most important thing,” said Thomas Müller, for whom the win in Dortmund was the 250th of his Bundesliga career. It puts him second in the all-time list, only behind Oliver Kahn with 260 victories. But even in the immediate aftermath of the game, Müller was already looking forward: “It looks a lot better than before, but we need to keep pushing.”

Asensio: "I feel very good and the knee is responding well"