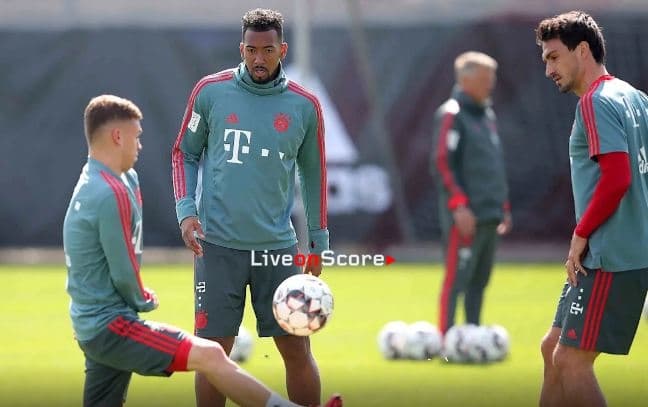 Bayern travel to Freiburg ‘with confidence’

After the first international break of the year, the final spurt in the Bundesliga is approaching. FC Bayern begin the dash to the tape when they travel to face SC Freiburg on Saturday (live in English from 15.30 CET on our exclusive fcbayern.com ticker). Niko Kovac’s men aim to continue their strong run in the league and retain top spot on Matchday 27.

“We want to win the next match away to Freiburg and continue the streak,” declared Manuel Neuer. “I think we can travel to Freiburg with confidence thanks to our results in the Bundesliga,” added the FCB captain. The German record champions have won 13 of their last 14 league matches and are also the Bundesliga’s strongest team on the road. Besides, FCB were goal-hungry recently, clocking up 17 goals and conceding only one over the course of the last three matches.

“We’re in a good phase in the Bundesliga,” stressed Thomas Müller, speaking of a “good run we want to continue in the next few weeks.” However, Müller issued a warning ahead of the match against SCF, who held Bayern to a 1-1 draw in the reverse fixture at the Allianz Arena. “They never make it easy for you in Freiburg. We know what awaits us, but we absolutely want to win.”

Almost everyone on board

Kovac knows the match is not going to be a walk in the park for his team. “They’re certainly very, very tough opponents, especially at home. Many teams struggle there because they play with a lot of passion, they’re hard-running and hard-working when they aren’t in possession, and they always give it everything. So we must push to our limits. It’ll be an interesting match. We want to win and take on Dortmund as league leaders.”

Kovac and his men were productive during the two-week break. “The training group was bigger than usual, so we could train differently than we can with fewer players. We worked very well over the ten days, the players have recharged their batteries, they’re fresh and hungry, they want to assert themselves again in the Bundesliga.” Apart from Arjen Robben, Alphonso Davies and Corentin Tolisso, Kovac has all his men at his disposal.

Kovac’s counterpart Christian Streich is without former Bayern pro Nils Petersen. Freiburg’s all-time top scorer sustained a thigh injury during training and “won’t be an option – that’s a 99.9 percent probability,” Streich reported. Petersen’s injury “hurts us very badly because he’s the leader in our pressing game and we have good communication in terms of dropping deep or pressing high up the field.” Defenders Philipp Lienhart (concussion) and Nico Schlotterbeck (shoulder injury) will miss the match for the side lying 11th in the table.

GATTUSO: "WE HAVE TEN FINALS AHEAD OF US"