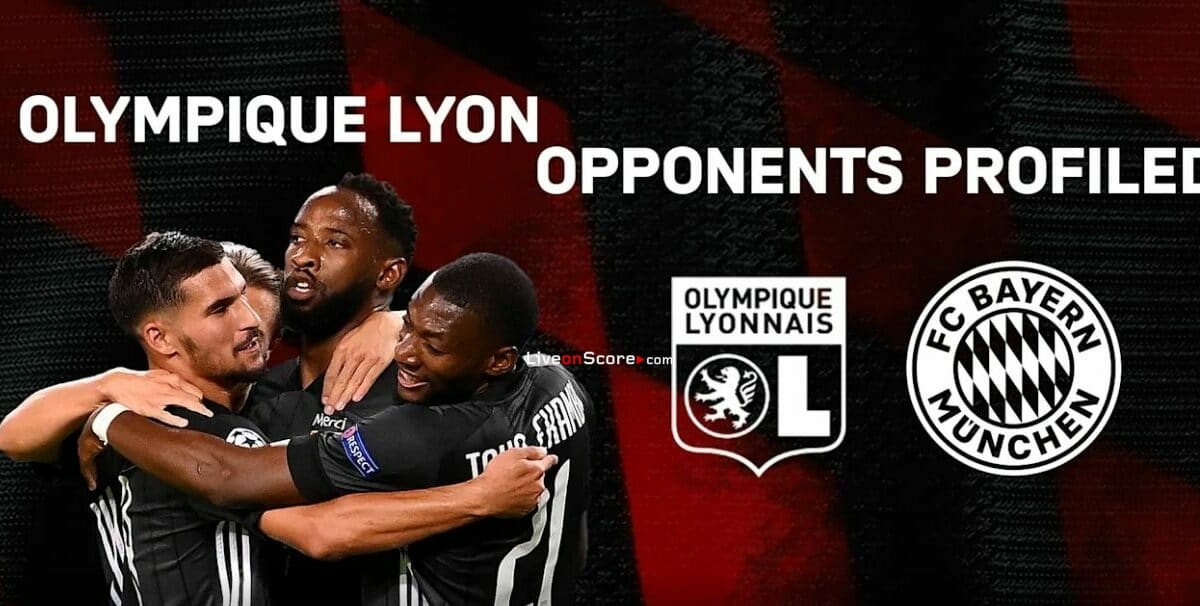 A Champions League semi-final for Bayern against Lyon – anyone else with a sense of deja-vu? It’s been 10 years since these sides last met, also in the final four, and they will do so again on Wednesday at 9pm CEST. Germany’s most successful club and the seven-time French champions have met eight times before, with all coming in the Champions League. FCB have been victorious on four occasions, with two draws, two defeats and some thrilling stories. fcbayern.com looks back on the previous meetings, including a tirade from the Kaiser, the perfect hat-trick and Bayern fans cheering the opposition.

Bayern fans welcomed the team with this impressive tifo before Arjen Robben won the game with a hit from 20 yards.

A decade ago, Bayern also went into a Champions League semi-final against Lyon. FCB fans created a brilliant atmosphere in the first leg with a giant tifo to greet the teams coming out onto the pitch. The entire Allianz Arena was red and white and the message “Pack ma’s” was on display. It had an effect as Bayern carved out plenty of chances, but were stunned after 37 minutes when Franck Ribery was sent off. The hosts remained the better side, and things were evened up in the 54th minute when Jeremy Toulalan was also dismissed for his second yellow. An Arjen Robben strike from range in the 69th minute secured a narrow but fully deserved 1-0 victory ahead of the return leg.

That game in Lyon a week later saw Bayern again pose the greatest threat as Ivica Olic took centre stage. The Croatian bagged a hat-trick, scoring with his right foot (26’), left foot (67’) and finally his head (78’). The 3-0 victory ensured Bayern’s passage to the final in Madrid, where they were ultimately beaten by Inter Milan. David Alaba and Thomas Müller were also both involved back then.

Miroslav Klose’s brace in Lyon gave Bayern victory and top spot in the group in 2008.

Bayern hosted the French side at the Allianz Arena in the second game of Group F in 2008/09. After a strong start, Martin Demichelis scored an own goal in the 25th minute. But Jürgen Klinsmann’s side put this setback behind them and equalised early into the second half through Ze Roberto’s header. That was how it finished against the strong defence of the French champions. The return fixture on the final matchday saw Bayern wrap up top spot in the group with a 3-2 win in Lyon. A Miroslav Klose brace and strike from Ribery ensured a comfortable half-time lead. The hosts came back after the break, though, through Sidney Govou and Karim Benzema, but it wasn’t enough to deny the Reds.

Giovane Elber briefly celebrated his goal against his former club at the Olympiastadion before bursting into tears. The Bayern fans cheered him despite the goal.

The meetings in the 2003/04 group stage were all about the reunion with Giovane Elber. A fan favourite in Munich, the Brazilian had left Bayern in the summer but was quickly reunited with his former teammates just two months later. The striker was quiet in the first meeting at the Stade Gerland on matchday 3 as Roy Makaay and Peguy Luyindula exchanged goals in a 1-1 draw, but he provided a spine-tingling moment in the reverse fixture two weeks later. A Juninho free-kick had given Lyon an early lead before Makaay equalised just as quickly. Elber restored the lead for the visitors in the 53rd minute. Yet despite the threat of defeat, almost everyone inside the Olympiastadion rose to their feet to applaud their former goalscorer. Bayern did lose 2-1 but went through to the next stage as group runners-up.

2001: Defeat lays foundation for triumph
Defeat to Lyon played a major role in Bayern’s 2001 Champions League title. That time in the second group stage, FCB were up against Lyon, Arsenal and Spartak Moscow. Jen Jeremies scored the only goal in the opening 1-0 win over the French side at home, but the return fixture on 6 March ended in a 3-0 defeat. At the post-match meal, president Franz Beckenbauer erupted in anger and made his opinion clear to the team. The Kaiser spoke of “humiliation” and “playing like old men”. Stefan Effenberg & Co. took the criticism to heart and went on to top the group to reach the quarter-finals before lifting the trophy in Milan.

Herrera: 'Being here is a dream'