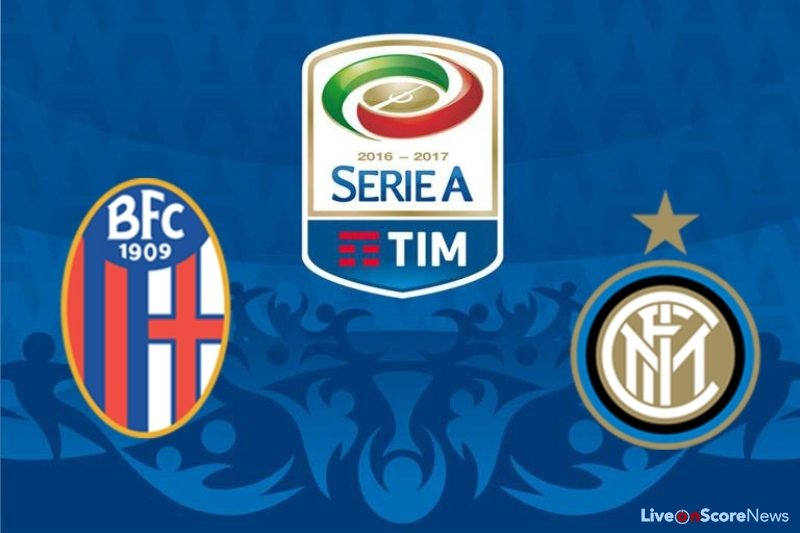 Bologna vs Inter Preview and Prediction Serie Tim A 2017

Bologna vs Inter Preview and Prediction

Ivan Perisic returns for their trip to a Bologna side is in dismal form, but Inter have already failed to beat them in 90 minutes twice this season.

The Rossoblu are under pressure after a wretched recent run has left them floundering in 14th place. Roberto Donadoni’s men have taken just one point from the last four outings in Serie A. Furthermore, they have suffered two humiliating defeats on home turf during this spell, going down 7-1 to Napoli and conspiring to lose 1-0 to a nine man Milan side.

They looked to be on the way to bouncing back last Sunday against Sampdoria at Marassi, leading 1-0 until the 82nd minute only to concede an extremely harsh penalty. It was duly converted by Luis Muriel and Sampdoria added another two goals in a whirlwind finish, inflicting yet another sleepless night on Coach Donadoni.

By contrast, Inter have been on an upward curve since the appointment of Stefano Pioli in November. The Nerazzurri have taken an excellent 28 points from 36 under the ex-Lazio Coach, seeing them rise to fourth place. If they continue this average until the end of the season, they may yet edge in to the Champions League places. Pioli has tackled the job in an efficient, no frills manner and is well on the way to cementing his place on the Inter bench next season.

The home side are facing serious selection problems. Daniele Gastaldello and Mattia Destro are unavailable through injury, while Domenico Maietta, already suspended for this match, is now injured too and will be out for four weeks. The Veltri will likely line up in a 4-3-3 formation with recent signing Bruno Petkovic ready to make his full debut. Either side of the towering Croat will be skilful young Czech Ladislav Krejci and the excellent Simone Verdi. Filip Helander and Marios Oikonomou are expected to replace the missing duo Gastaldello and Maietta.

Inter are likely to stick with a 4-2-3-1 formation for this one, but face some selection problems. Key Striker Mauro Icardi and French midfielder Geoffrey Kondogbia are missing through suspension, while Marcelo Brozovic and Ever Banega face fitness tests. Eder is expected to stand in for Icardi in attack, while Gary Medel and Roberto Gagliardini are favourites to take the two spots anchoring the midfield. In the attacking third, Inter’s gifted trio Joao Mario, Perisic and Antonio Candreva offer a variety of creativity and pace, and Bologna will need to work hard to keep them at bay.

Bologna are heavy underdogs going in to this one with few expecting them to take the spoils. Can they dig their beleaguered Coach out of a hole?

The fact remains, Inter faced Bologna twice this season and failed to beat them in 90 minutes. There was a 1-1 draw at San Siro in Serie A in September, while last month the minnows forced them to extra time following a 2-2 thriller in the Coppa Italia. Candreva eventually sealed the 3-2 result.

Keep an eye on: Joao Mario (Inter) – The Portuguese schemer is starting to show his true class in an Inter shirt after a tricky bedding in period. He already has three goals and four assists in Serie A, but now settled in an advanced midfield position under Pioli he is sure to add to that with his combination of calm, guile and mobility.

Stat fact: Bologna haven’t won this top flight fixture since February 2002 when they triumphed 2-1. They have lost eight and drawn two of the 10 meetings since.