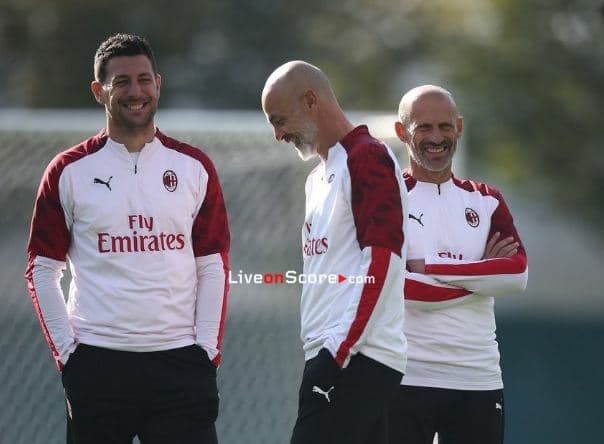 At the end of a tough week, AC Milan are getting ready for a challenging away game in Naples. Daniele Bonera will be in the dugout due to the absences of Coach Pioli and his assistant, Giacomo Murelli. The former defender, now one of Pioli’s staff members, spoke about the upcoming match at the Stadio San Paolo.

MEETINGS AT THE SAN PAOLO
“I remember with great affection all of the games that we won, but we haven’t won in Napoli for ten years. I was there in defence with Zlatan up top. I’m pleased to be going back to the San Paolo and facing off against Rino as an opponent. He was a great friend of mine on the pitch, as he is off it now too. There will be time to have a catch-up.”

A HIGH-CLASS FIXTURE
“Every game is important, it’s part of a journey that began a while ago. It’s by no means a final test. It’s a step on the way to final success, but it’s far too early to be talking about that.”

THE LEAD-UP TO THE GAME
“I’ve never felt alone. I’ve been in contact with the two coaches, both before and after training sessions. Since the start, we’ve had a lot of technological support at our disposal. I’ve been able to run training sessions as I saw fit but Pioli was always with us. The players know what they need to do in order to get the result. They’ll give their all and, as always, will play to win.”

MANAGING THE TEAM
“We think that managing via the telephone will create a bit of confusion. We’ll speak in the technical meeting before the game and, eventually, at half-time. I’ve known pressure since I made my Serie A debut. I’ll have pressure on me just as the players have it on them; what they need to do is continue what they’ve been until now – both in games and in training.”