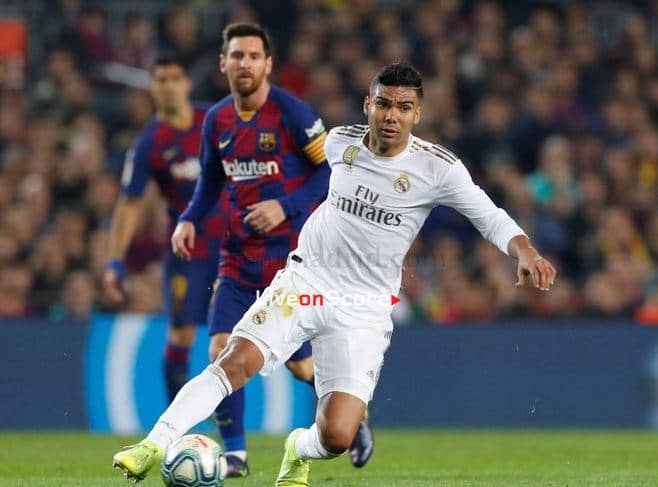 Casemiro: “We remain strong as we fight”

“The referee tries to do as best he can, but when you see the bruise Varane has got on his thigh and when you watch the incident back, it makes you a bit cross”, he added.

Real Madrid put a point on the board in the El Clásico fixture played at the Camp Nou, a contest that Casemiro reflected on in the following terms: “It was a really tough game, the standard was really high and there were some great players on show. There were spells when they had the ball because they’ve got some top players, but we controlled things for large spells and created a good number of chances, but football is all about goals”.

“We’ve shown in our last few performances that we’re improving and performing to a really high standard. The coach is doing a great job and he gives us confidence. To come here and perform as we did tonight is something that few teams are capable of. Everyone has to be congratulated on this. We remain strong as we fight for silverware on all fronts”.

Penalties on Varane
“The referee always tries to do as best he can. When you speak to Varane at half-time and see the bruise he’s got on his thigh and when you watch the incident back, it makes you a bit cross, but the referee tries to do his best and the VAR system is there to help. If that’s the decision he made, we’ve got to respect his opinion”.