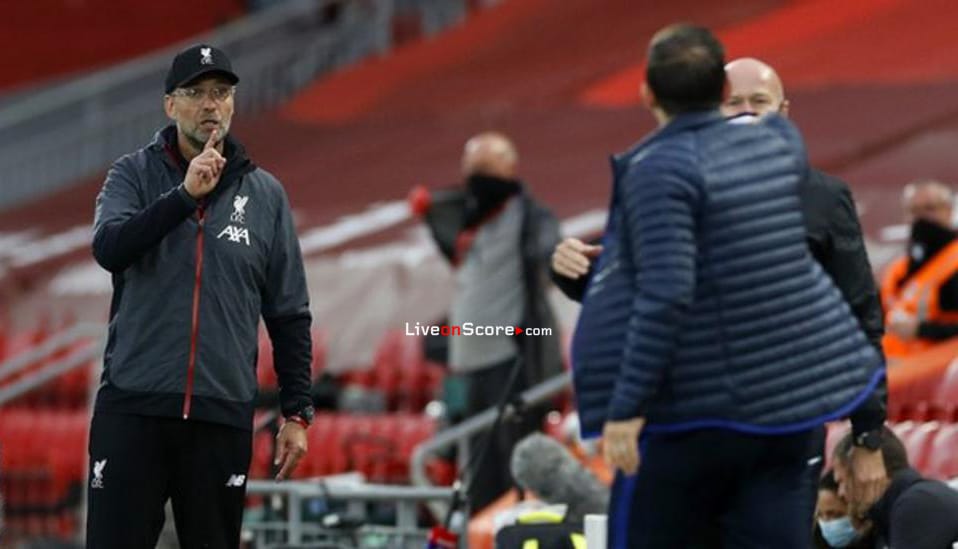 The Stamford Bridge club have spent more than £200m on players this summer following a transfer ban.

Last week, Klopp said the Reds have a different approach to clubs “owned by countries and oligarchs” amid the Covid-19 pandemic.

But Lampard said Liverpool have players who came “at a very high price”.

Between Klopp’s arrival in October 2015 and winning the Champions League in 2019, the Reds’ major signings included forwards Sadio Mane and Mohamed Salah, both for £34m, midfielders Naby Keita and Fabinho for at least £48m and £39m respectively, defender Virgil van Dijk for a club record £75m and goalkeeper Alisson for £67m.

However, since then Liverpool – who are Premier League champions – have only paid £1.3m for young Dutch defender Sepp van den Berg and £7.25m for Japan forward Takumi Minamino last season, and spent £11.7m on Greece left-back Kostas Tsimikas this summer.

“I was less annoyed with it, I found it slightly amusing,” said Lampard when asked about Klopp’s remarks.

“It’s a fantastic story of a club – over four and a half, five years that Jurgen Klopp’s been there – that have managed to get recruitment right to a really high level.

“You can go through the Liverpool players – Van Dijk, Alisson, Fabinho, Keita, Mane, Salah – incredible players that came at a very high price.

“The really smart thing they have done is believe in their coach and system for a number of years. It’s a great story, but it’s story that has seen money spent on players.

“What we’ve done is come off the back of a ban and tried to address the situation to improve.”

Liverpool finished 18 points clear of Manchester City as they won their first league title for 30 years last season, with Chelsea 33 points behind in fourth.

The Blues were unable to make any signings last summer because of a Fifa transfer ban, but that was halved on appeal in December 2019 to allow them to bring in players from January.

“This summer we’ve spent money on players and now the hard work has to be done,” added Lampard.