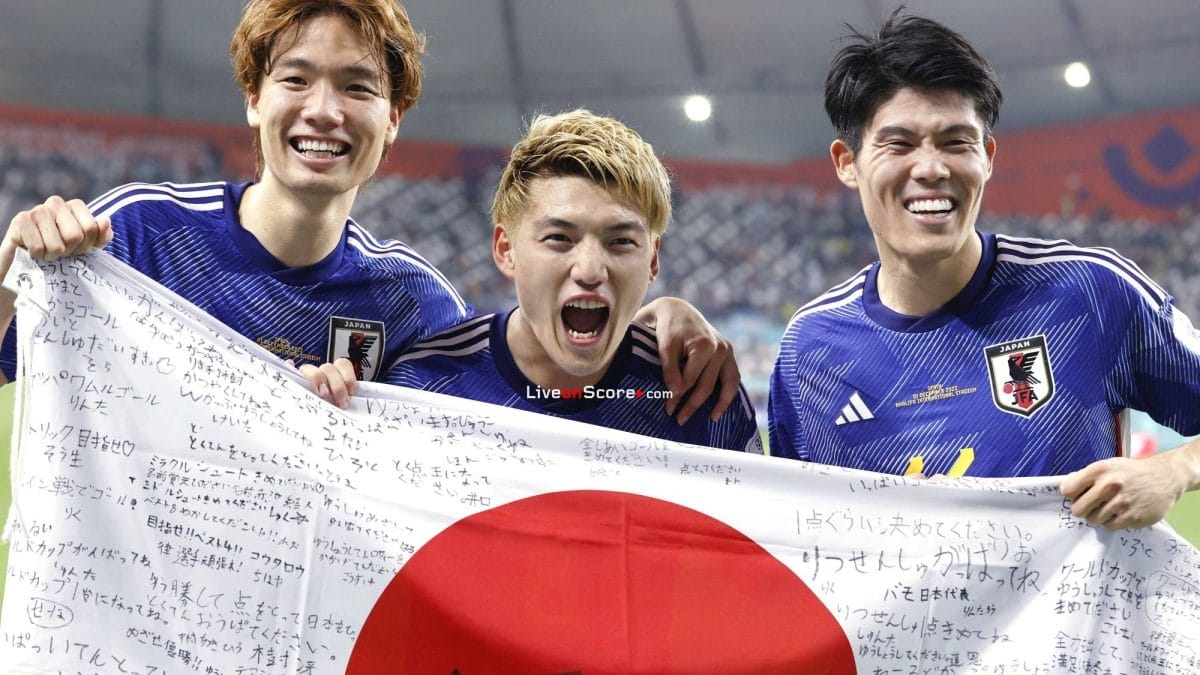 Of all the unexpected lessons learnt so far at this World Cup, perhaps the biggest one is that you write Japan off at your peril.

Their next opponents, Croatia, beware – because the Blue Samurai have emerged as the comeback kings of Qatar, and their inspired substitutions have already claimed two huge victims.

Japan’s brilliant recovery to beat Germany in their first game of the tournament had felt like a freak result when they followed it up with a limp defeat to Costa Rica that left them as outsiders to reach the last 16.

But, back at Khalifa International Stadium, also the scene of that stunning opening victory, Hajime Moriyasu’s side staged a brilliant repeat performance against Spain to emerge as unlikely winners of Group E.

They became only the third team in World Cup history to be losing at half-time and come back to win two matches at the same tournament, after Brazil in 1938 and West Germany in 1970, and did so in memorable style.

Japan’s super subs make the difference again
Japan’s substitutes had scored both goals against Germany and they played an important role here too – just with an even more instant impact.

“When it counted, they made the effective changes,” said former England goalkeeper Karen Bardsley on 5 Live. “They took advantage of the chances they had.”

They certainly did. Ritsu Doan equalised within four minutes of coming off the bench in the Germany game – this time barely three minutes had elapsed since he came on at the start of the second half when he let fly from the edge of the box.

Another replacement, Karou Mitoma, made his presence felt just 142 seconds later when he slid to hook Doan’s low cross back across goal for Ao Tanaka to convert.

This time there was more than a hint of controversy involved too, with the ball appearing to go out of play before Mitoma reached it, and the fact it took the intervention of the Video Assistant Referee for the goal to stand just added to the drama – and provoked a lot of debate too.

“There is great technology nowadays for ‘big football’, said Moriyasu afterwards. “If it were really out it would have been a goal kick.”

The Spain supporters were rather less impressed when the VAR decision was announced, but it would not be the only time they stared incredulously at the big screens around the stadium.

An updated group table was flashed up every time there was a goal in the Costa Rica versus Germany match, and at times it was difficult to keep up with who was going through and who was going out.

Japan’s fans were spared much of that drama, despite the fact another Spain goal would have put their own progress in jeopardy.

Even more impressive than that quickfire response was the way they reset into their defensive shape for the next 45 or so minutes to protect their lead, barely allowing the Spanish a sniff despite having just 18% of possession.

“All credit to Japan, they have been absolutely outstanding,” Bardsley added.

“There’s a lot to be said for being disciplined and structured and understanding your game plan and executing it as best as you can.

“That methodology and approach throughout the group stage has seen them through to the knockout rounds.

“It was strange that they lost to Costa Rica in the manner that they did, but they put the ball in the back of the net when it mattered.”

What next? A best World Cup finish?
This was a night to remember for the thousands of Japanese fans present but they can dream of further daring deeds to come.

Their side are into the last 16 of the World Cup for a fourth time but they have never gone further and Moriyasu is determined that Croatia do not extend that statistic when they meet on Monday.

“Big thanks to all our supporters, the people of Japan, for their support,” he added.

“Thanks to them, we were able to make it through this difficult match. I’m happy I was able to deliver the victory to everyone and, in terms of a finish, the new aim for us is the last eight.

“The players are showing us a different and new view of being able to fight on the world stage and we would like to set a new record of the quarter-finals or better.”

That is their next target, and even if they go behind against Croatia, you know they won’t give up.