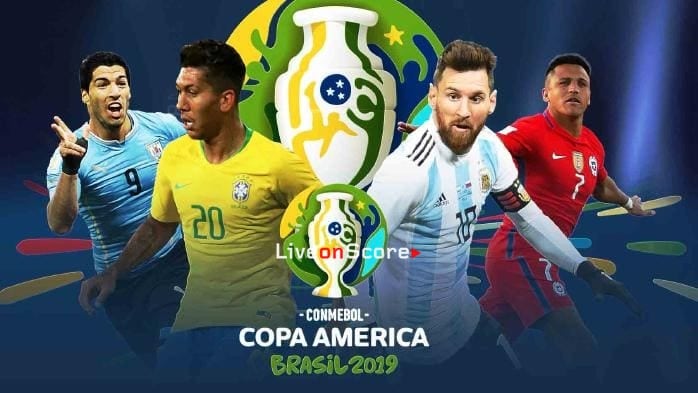 Some of football’s biggest stars will be on display as the 46th Copa America gets underway in Brazil on June 15.

Eyes will turn to South America as the continent’s heavyweights battle it out for glory, headlined by superstars such as Lionel Messi, Luis Suarez, Philippe Coutinho, Sergio Aguero, James Rodriguez and Edinson Cavani.

However the host nation will head into battle without their biggest name. After some of the craziest weeks of his career, Neymar misses the tournament with an ankle injury picked up just days after he was accused of rape and stripped of the national team captaincy. 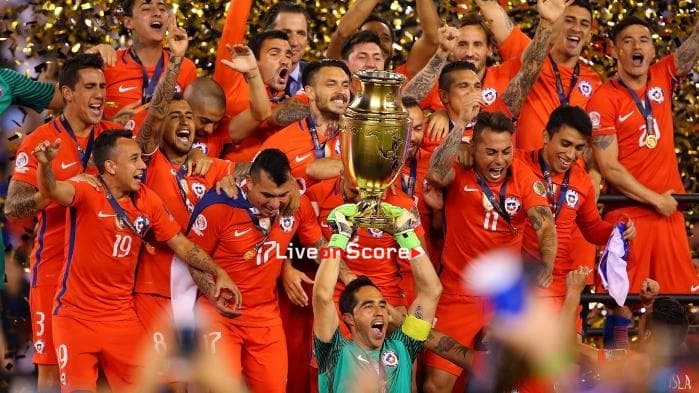 But according to odds, it’s still Brazil’s tournament to lose, with the traditional powerhouse installed as short favourites to win their ninth Copa America crown. They’ll face heavy competition from the likes of Argentina, Uruguay and Colombia as well as reigning champs Chile.

Interestingly, a pair of teams rather familiar to Aussie fans lurk as dark horses after nabbing an invite to crash the South American party. Japan and Asian champions Qatar will take their places in the group stage – and the Socceroos will reportedly do the same in next year’s edition, but more on that later.

The tournament will be played at six stadiums across Brazil, with the final set to be hosted at the Maracana in Rio de Janeiro.

And there are plenty of storylines to sink your teeth into. With Cristiano Ronaldo lifting the inaugural Nations League title with Portugal this week, it’s Lionel Messi’s chance to respond as he attempts to finally hoist a major trophy with Argentina.

They haven’t won the Copa since 1993, and last time around the Barcelona superstar sensationally missed a spot kick in the final before announcing his retirement from the national team. Obviously, he later reneged! 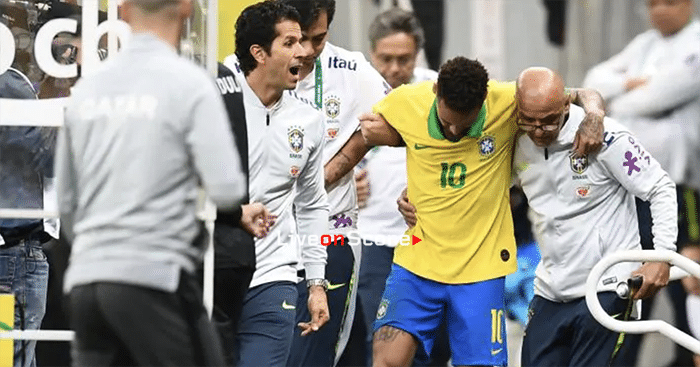 Without Neymar, Brazil will need a new hero to emerge. Coutinho will be hoping to fill the creative void, no doubt keen to show his worth after a less than impressive season in La Liga. In a similar predicament is Chile’s Alexis Sanchez – now copping worldwide criticism after an appalling campaign with Manchester United.

The race is on to be crowned Kings of South America.

HERE’S YOUR ULTIMATE GUIDE TO THE COPA AMERICA…

HOW DOES IT WORK?

The 2019 Copa America is a 12-team tournament, with three groups of four teams.

WHY ARE JAPAN AND QATAR THERE?!
With only 10 teams in the South American federation, additional invites are handed out to create a workable tournament structure. Initially six extra teams were to be invited, as was the case in 2016, but instead CONMEBOL opted to stick with 12 teams with Japan and Qatar invited. 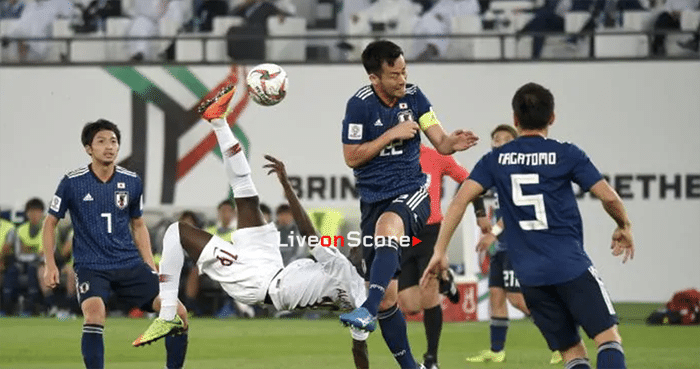 The Japanese will feature in their second edition of the tournament, having picked up just one point in their exploits in 1993. It’s the first time Qatar will appear. Other teams to have taken part in the past include USA, Costa Rica, Haiti, Honduras, Jamaica, Mexico and Panama.

WHEN AND WHERE ARE THE GAMES?

Games will take place in six stadiums across five cities.
The tournament opener is at Estadio do Morumbi in Sao Paulo, while the final will be held at the Maracana in Rio de Janeiro.

Other venues include: Estadio Mineirao in Belo Horizonte, Arena do Gremio in Porto Alegre, Itaipava Arena Fonte Nova in Salvador and the Arena Corinthians in Sao Paulo.

Most matches are at very watchable times for Australian fans, with every match scheduled to kick off between 5am and 10:30am AEST.

Highlights with favourable viewing times include Argentina vs Colombia at 8am on June 16, Brazil vs Venezuela at 10:30am on June 19 and Chile vs Uruguay at 9am on June 25. 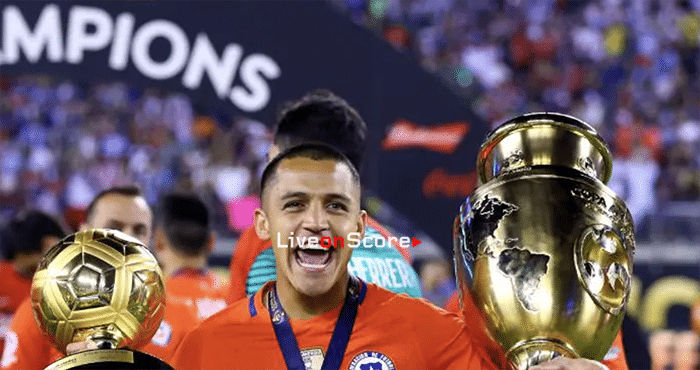 PLAYERS TO WATCH
There will certainly be no shortage of big names as the stars come out to play at the Copa America. And there’ll be no bigger attraction than arguably the greatest footballer of all time, Lionel Messi who headlines a seriously strong Argentina side. 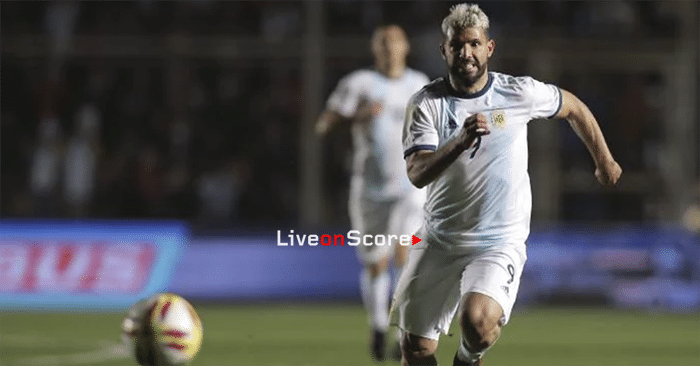 But they’re not the only side brimming with top line talent from some of Europe’s top clubs with Uruguay also boasting their fair share. Strike duo Edinson Cavani and Luis Suarez, of PSG and Barca respectively, are backed up capably in midfield by Juve star Rodrigo Bentancur and Arsenal’s Lucas Torreira.

Colombia are once again spearheaded by the likes of James Rodriguez, rumoured to be on the move again after ending his two-year loan spell at Bayern Munich, and skipper Radamel Falcao. And they’ll come up against a Paraguay side featuring Newcastle United’s most expensive player ever Miguel Almiron.

But he’s not the only Magpies star in action, with striker Salomon Rondon leading the line for Venezuela. Should he continue his Premier League form he could be a smoky for the golden boot, while the man who took out that trophy in the Asian Cup at the start of this year will also be lurking.

Qatar’s Almoez Ali scored a whopping nine goals en route to lifting the trophy, and he’ll be keen to replicate that potency at the Copa America. But if he’s to get anywhere near top scoring, he’ll need to contend with a Brazil side chock full of attacking superstars. 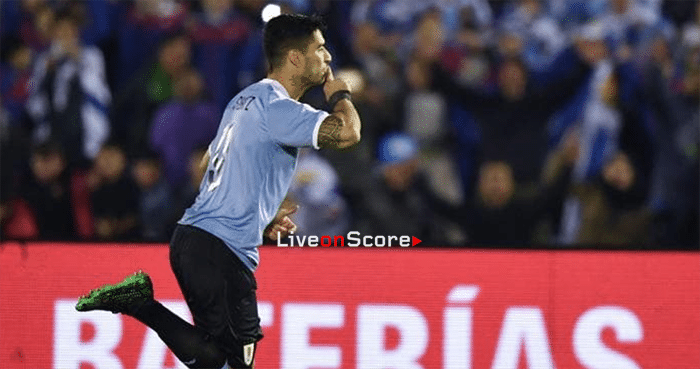 Neymar may be out, but the Selecao still have the likes of Coutinho, Gabriel Jesus, Roberto Firmino, David Neres and Richarlison among their ranks. And at the other end of the park, new Real Madrid signing Eder Militao is a rising talent, while the Premier League’s two best goalkeepers both feature in their squad – Alisson and Ederson.

Elsewhere, Chile boast Barcelona’s Arturo Vidal and Manchester United’s Alexis Sanchez, who will both have a point to prove after failing to star for their club sides this season.

All eyes on Messi

Lionel Messi is undoubtedly one of football’s greatest ever players, but there’s still one gaping hole in his CV – and this week it became even more apparent.

The Argentina star is yet to taste glory at a major tournament in national team colours, and as his archrival Cristiano Ronaldo won the UEFA Nations League, eyes turned to the Barcelona forward.

Can he finally break his duck at the Copa America?
He’s not confident. 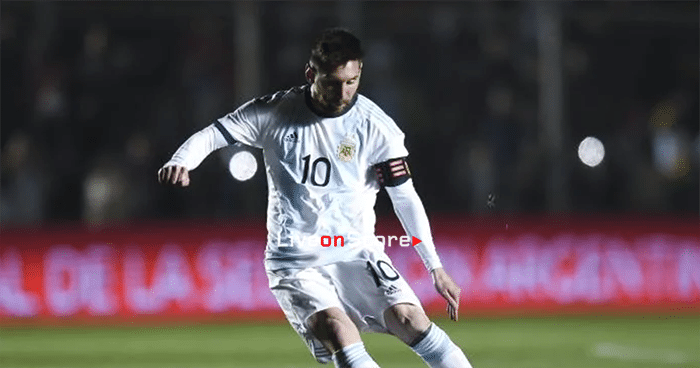 We will go with the same dreams and excitement as always, but the reality is that Argentina is going through a process of change.

Messi has runners-up medals at the last two Copa Americas as well as a World Cup, but in his 130 caps they’ve failed to go all the way. In 2016, Messi famously missed a shootout penalty as La Albiceleste went down to Chile in the Copa final – afterwards he quit the national team, only to later return.

Should they get the job done this time around, he’d silence plenty of critics.

In the lead-up to this tournament on home soil, the buzz around Brazil has been centred around Neymar.
It’s been a tumultuous few months for the PSG star to say the least, after he picked up a Champions League ban for an Instagram outburst and was caught on camera punching a fan, things went from bad to worse. In the space of a few days he was dumped as national team captain, and then accused of rape.

Neymar released a video in an attempt to clear his name, releasing his Whatsapp chat history with his accuser that featured raunchy and private photos, before various video leaks clouded the situation further. he labelled it a ‘set-up. 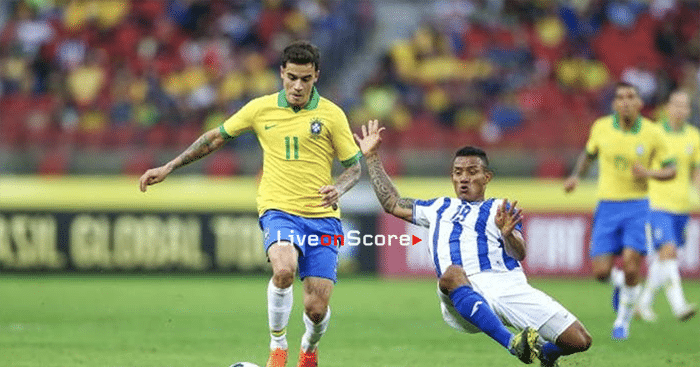 In the midst of that carnage, he picked up a severe ankle injury and was ruled out of the tournament. But has the media circus surrounding the superstar affected the host nation?

Judging on their 7-0 demolition of Honduras shortly after he was ruled out, it doesn’t appear so. There’s no denying preparations have been overshadowed, but their squad is jam-packed with talent, and they’re good value for their favourites tag.

We are playing in our own country, and expectations are high that we win, coach Tite said.
But the expectation corresponds to how we perform. Are we going to win? I don’t know. But I want us to do the best we can.

Can Sanchez turn things around?

At the last Copa America, Alexis Sanchez was crowned the tournament’s best player after leading Chile to glory.
This time around, he heads to Brazil as one of the world’s most maligned and taunted footballers. It’s quite simply been an appalling season for the Chilean star, who managed just one goal in 20 Premier League appearances for Manchester United, and he’ll likely be desperate for redemption. 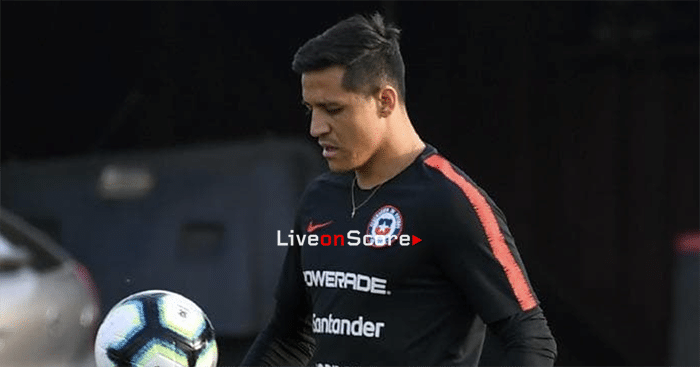 Few have fallen so far as quickly, with Sanchez looking a completely different player at Old Trafford to the one that dominated English football with Arsenal.

Alongside Arturo Vidal, he’s the biggest name in the Chilean side who will seek to defend their Copa crown – and his performance will largely dictate their capability to succeed.
Should they do so, Chile will become the first nation ever to win three Copa Americas in a row. It seems unlikely.

Group B
June 16 – Argentina v Colombia at 8am 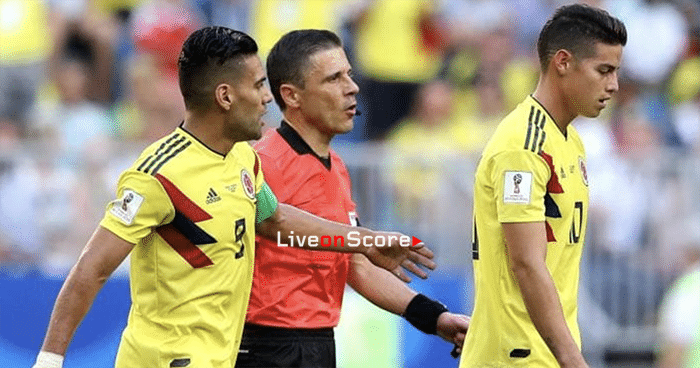