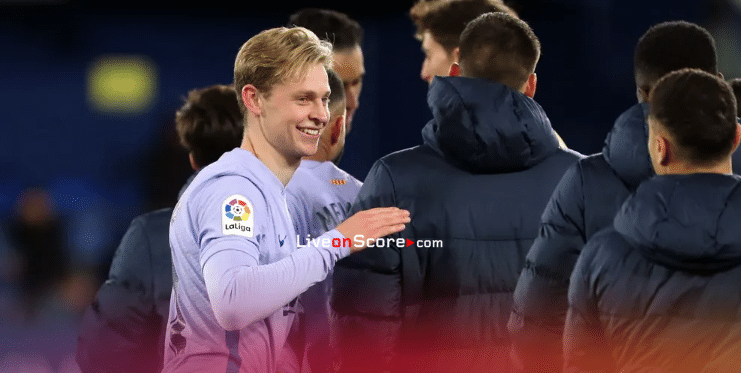 De Jong back on target

Frenkie de Jong hadn’t scored for Barça since the Copa del Rey Final against Athletic Club on April 17, which topped off his most prolific season yet, with seven goals in all competitions.

Seven months have passed since that goal, but he finally broke the drought by scoring the first of three goals against Villarreal, and the suggestion is that there is more to come from the midfielder under Xavi. The Dutch midfield maestro also generated three chances in Saturday’s game.

The coach has reiterated on several occasions that De Jong is a central part of his plans for the future, and at the Estadio de la Cerámica we got to enjoy evidence of that.

Goals that matter
Last season, De Jong not only scored in the cup final, but also en route by getting the winner against Rayo Vallecano and also one of the late goals in that crazy finale against Granada in the quarter finals.

He also scored Barça’s only goal in a 1-1 draw with Real Sociedad in the Spanish Super Cup semi-final, and was also on target in La Liga versus Elche and Huesca, on both occasions the decisive goals. So he not only scores, but scores when it really matters!

Guardiola: City's ground staff were the men of the match