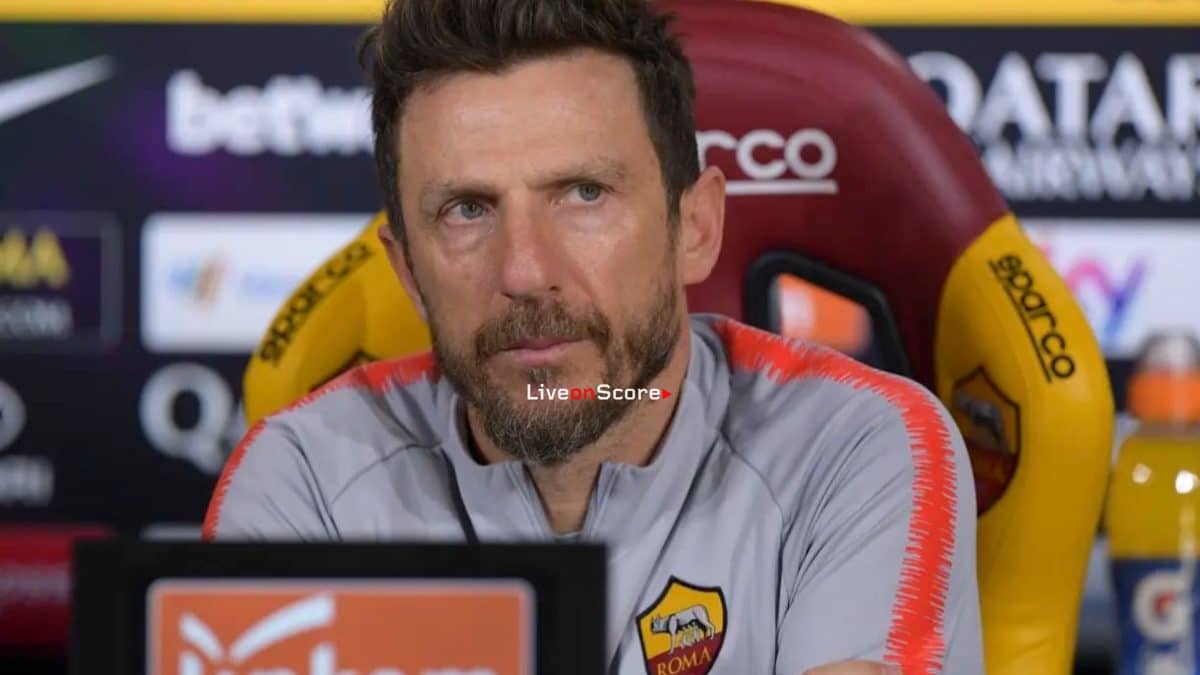 The game at the Bentegodi gets underway at 20:30 local time.

Read what Di Francesco had to say, as he was asked about the injury status of the squad, the chances the likes of Patrik Schick, Alessandro Florenzi and Rick Karsdorp have of starting, and the form of Nicolo Zaniolo.

Will the game against Porto on Tuesday affect your team selection for tomorrow’s match against Chievo?

“There are a few players who won’t be in the squad due to various injury problems. [Robin] Olsen is unavailable because of a calf problem and [Kostas] Manolas has a groin issue. They’ll both stay in Rome and hopefully they’ll be ok for Tuesday. We need to assess [Daniele] De Rossi because he came in and played 90 minutes, and he’s been training well, but he’s not really ready to play back-to-back fixtures. I’m pleased with his condition, though.

“Juan Jesus has recovered quicker than expected and he’s fit again so he’ll be in the squad. He’s looking good despite having been out for nearly a month.”

Roma have dropped 12 points against the so-called small teams. Why do you think that is and what’s the danger for you tomorrow?

“It’s happened to us but it’s happened to other teams too. These teams make a real battle of it and they work hard on the defensive side of their game. We’ve been rather inconsistent ourselves. There have been times when we’ve dominated and not been able to put the game to bed. We must take our chances better and defend as we know how to, as we did against AC Milan.”

Could Rick Karsdorp and Patrik Schick play on the right flank again tomorrow?

“It’s something we could try again tomorrow or in other games. Rick has been doing better defensively – that’s an area of his game which, coming from another league, is more likely to need work on. He’s done well. He’s given us balance and his reading of the game has been good. Patrik has added that bit energy and aggressiveness that every footballer needs.”

Is Steven Nzonzi capable of supporting two attacking midfielders, as De Rossi does?

“They possess different attributes but both provide balance to the midfield. Nzonzi can play there with different attributes. We’ve played more than 20 games using 4-2-3-1, some of which were excellent. Where we’ve come up short is our consistency. Regardless of the formation, it’s your approach that makes the difference. I like 4-3-3 because of what it allows you to do. We might use it against Chievo, or alternatively go with 4-2-3-1.”

Does Nicolo Zaniolo need to rest or will he play again?

“He’ll play again. Mentally he’s in a good place at the moment and I want to make the most of his youthful energy, his desire and determination. He needs to improve his decision-making at times – sometimes he tries a bit too hard, but I like that exuberance in my players.”

Could Edin Dzeko and Schick play together again tomorrow?

“They could, yes, just as Karsdorp and Schick could both feature on the right again. Physically you can’t expect a response four days after Florence, when we were disastrous from a physical point of view. Other things come into it. Fitness comes more from training than matches. The lads have been training well and I’m pleased with that but, as I always say, that’s not enough in itself.”

Alisson: We're only concerned with what we're doing