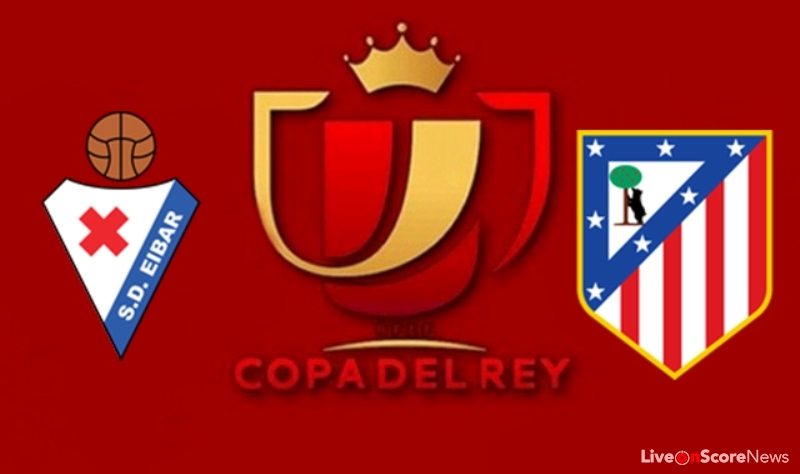 Eibar haven’t started the year the best way possible as they’ve recorded three losses, a draw, and just a single win in their last five outings. Interestingly, two of the losses came against Atletico Madrid who they will host for their Copa del Rey return and their third encounter in just under 20 days on Wednesday.

Atletico Madrid have thus earned two comfortable wins (0-2 in Primera and 3-0 in Copa del Rey), travelling to Eibar in hope they can continue such a form. However, there have been several slip-ups for Simeone’s men on the road this term, including the most recent draw (2-2) at Athletic Bilbao and, with their 3-0 win in the first leg at Vicente Calderon, we’ve now seen Double chance Eibar to win or Draw attract a lot of attention with value seekers (backed at 19/20 with BetVictor)!

Atleti are heavy favourites to go through to the next round but they would surely be happy to still proceed to the semi-finals any way possible. Although Eibar have suffered a thrashing loss to Barcelona (0-4) in their last match in front of the home crowd, they have been a tricky away day for many Primera sides this term and, with a wish for an honourable exit to the competition, they will surely come into the match motivated to build on the reputation.

A Yes on Both teams to score looks even more appealing at 19/20 with bet365, as Los Armeros need to set up an all-out-attack approach to the game and finally net goals at Ipurua. This will open more space in the final third for Atleti as well, so we just might be in for an exciting matchup here.

Eibar vs. Atletico Madrid Stats
Eibar have last earned a win over Atletico Madrid back in 2001 (2-1 in Segunda), and Atleti have won all eight head-to-head encounters since then. However, the visitors might have to turn attention to some more important matches to follow and this will open a chance for Los Armeros to cause an upset this time around.

Despite a fine form, Atleti have conceded six goals on their last five away days and we’ll go for a more adventurous bet hoping to see an exciting clash here, with a correct score prediction for a 2-2 draw backed at an eye-catching 16/1 with William Hill!

Both teams to score Yes