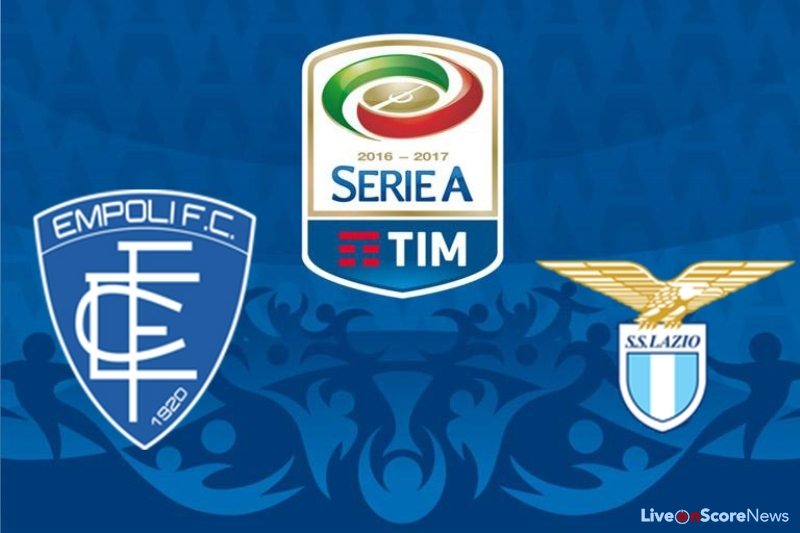 Empoli vs Lazio Preview and Prediction Serie Tim A 2017

Empoli vs Lazio Preview and Prediction

Empoli has continued to struggle this season with four winless games in their last six outings. The team is currently in the 17th spot of the 20-team Italian top flight table, eight points above the bottom three relegation zone.
Head coach Giovanni Martusciello’s squad will try to keep a significant gap between them and the bottom three teams to make sure that they will still qualify in the Serie A next term.
The Azzurri are coming off a 0-2 defeat at the hands of rising contenders Inter Milan on the road at the Giuseppe Meazza Stadium in San Siro last Sunday, as per Goal.
Italy internationals Eder and Antonio Candreva netted the goals for the hosts in the 14th and 54th minutes to hand Empoli their third consecutive winless game.
Meanwhile, Lazio is also on a downward spiral at the moment with three winless performances in their last four games. The team dropped to the sixth spot in the overall standings as a result, one point behind fourth and fifth-place squads Inter and Atalanta for the Europa League qualifying berths for the next season.

I Biancocelesti was held to a 1-1 draw by fellow struggling contenders AC Milan at their home ground of Stadio Olimpico in Rome on Monday, SkySports reported.
Lazio captain Lucas Biglia broke the game’s deadlock in the first half injury time to give head coach Simone Inzaghi’s squad a one-point advantage at the halftime break.
However, Milan found the equalizer in the 85th minute with a left-footed shot from the center of the box by Spanish forward Suso off an assist by Argentina midfielder Jose Sosa.
Prediction and Predicted Lineup

The predicted result is a 2-1 victory for Lazio.