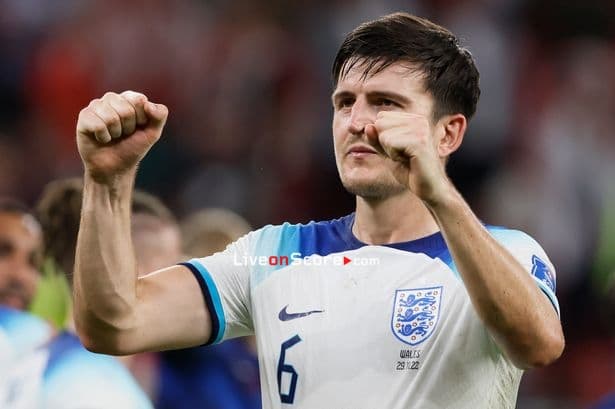 England “really believe” they can win the World Cup, unlike in 2018, says centre-back Harry Maguire.

Gareth Southgate’s side reached the semi-finals in Russia four years ago and face world champions France in the last eight on Qatar on Saturday.

Victory would see them then take on Portugal or Morocco for a place in a first World Cup final since 1966.

After reaching the Euro 2020 final, Maguire says there has been a positive shift in the team’s mindset.

“I think that’s the one thing I’d say that’s a lot different from the 2018 squad to this squad – I think we really believe that it is possible,” said the Manchester United captain.

“You know that whatever happened in that semi-final that you’d go home and be classed as a hero and everyone would be patting you on the back.

“I think now there’s a belief that we’ve got to win this tournament. It is a good change in the mentality.

“Of course, we know how tough it is going to be. I think there are probably five or six teams with the same belief.

“But in 2018, we probably weren’t one of those teams that had that belief. Now there’s five or six who have that belief and we’re one of them.”

Maguire, 29, has started every England game at the World Cup so far despite struggling for game time and form this season at club level.

His performances in Qatar have repaid the faith put in him by manager Southgate but Maguire says his self-confidence has never wavered.

“I don’t read too much if I’m being honest,” he said. “You pick up bits and bobs and maybe my family read things more than me. I tell them to stay off [social media], but maybe they don’t because it’s a habit for most people these days.

“I read little bits and bobs, but I’m 29 years old, the captain of Manchester United and have made 52 appearances for my country.

“So, when I look back on my career and put everything into perspective, if I was a young boy then I’m living the dream. I’m doing everything I always wanted to do.

“Where I’m at at the moment, the next stage of my career I want to start winning trophies.

“The last year has been difficult, and I haven’t played as well as I’ve done in the previous five years at the top level.

“But I think during a career there’s only probably Lionel Messi and Cristiano [Ronaldo] who are the only two who’ve not had a dip in their careers.

“It’s a 15-year career if you’re lucky really, there’s no way really, especially with all the scrutiny that’s on defenders these days, you’re not going to have dips.

“I’m probably going to have another one as well, but it’s how you come back, how you bounce back from them. You’ve got to remain focused and keep the belief in yourself.”