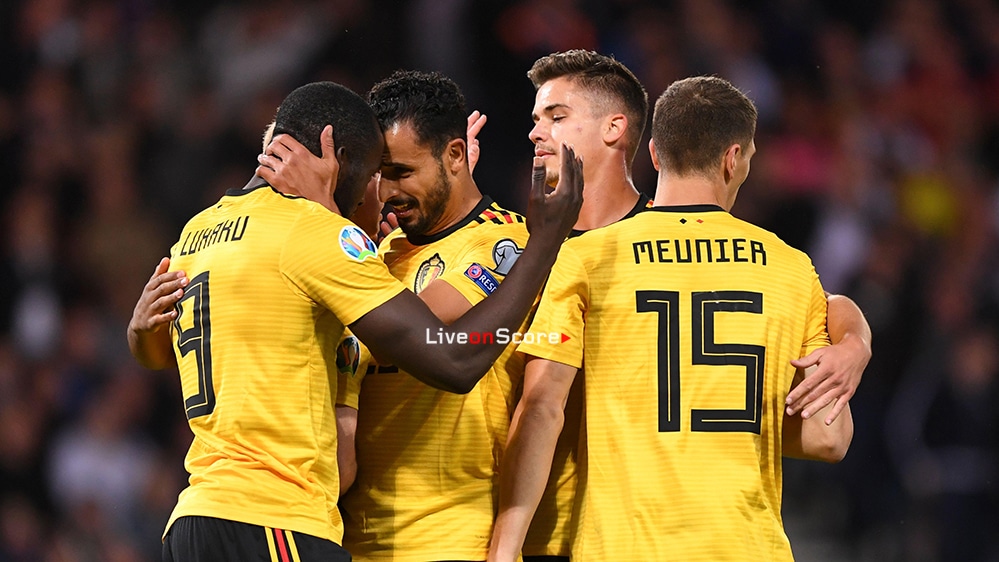 EURO qualifiers: what to watch out for

Northern Ireland’s moment of truth
Northern Ireland played their first four Group C games against Belarus and Estonia, getting maximum points, but fell 2-0 at home to Germany last time out in a blow to their hopes of a second straight finals spot. They travel to Rotterdam with the Netherlands only three points behind with a game in hand after their two September wins, including 4-2 in Germany. Visiting manager Michael O’Neill said: We have to find a way to get four points [from the games with the Dutch on Thursday and 16 November], whether that’s a draw away from home to set up a massive game for ourselves in Belfast or try to win the game in Rotterdam. Those are the challenges we face.

All over on Thursday?
With six perfect Group I wins already, a home victory for Belgium would book their finals spot. Russia could join them should they beat Scotland and Kazakhstan draw with Cyprus (though, regardless, Stanislav Cherchesov’s side would qualify with six points this week). For Belgium coach Roberto Martínez, the tests ahead represent the perfect chance for Eden Hazard and Thibaut Courtois to put a difficult time with Real Madrid behind them: I’m not worried about them. This international break can be a positive distraction. They’ll go back to their club fresher and stronger.

Herzog’s homecoming
With only five points separating the Group G top five – point-less Latvia the odd team out – everyone from leaders Poland to fifth-placed Israel are in with a decent chance. Due to the Erev Succot holiday, Israel wait until Tuesday to host Latvia hoping they will still be in contention after visiting coach Andreas Herzog’s homeland, Austria. My family and kids will be in the stadium, but I have to put emotions aside and be focused, and push the players, Herzog said. We need four more wins to qualify.

James could boost Wales
With Croatia a point ahead of Slovakia and Hungary in Group E, and Wales three further back, the likely outcome of the group could be a lot clearer after Thursday’s action. Wales, the 2016 semi-finalists, beat Slovakia 1-0 in March with a goal from debutant Daniel James, and manager Ryan Giggs believes the 21-year-old has kicked on since his summer switch to Manchester United. He is improving every game, Giggs said. He always keeps you interested because he can go both ways, he can dribble, he can pass and run, so he can penetrate behind.

Czechs count on Slavia connection
Victory in Prague would take England to the finals, but with Group A second-placed side Czech Republic only one point clear of Kosovo, Jaroslav Šilhavý’s side will be keen to keep ahead before those teams’ likely qualifying decider in Plzen on 14 November. Eight players have been called up from UEFA Champions League contenders Slavia Praha, whose Eden Arena hosts the game with England, and Šilhavý explained: We have the advantage that Slavia play big matches and their players have stood up so far.

Ukraine hope to bring it home
Holders Portugal moved up to second in Group B with two September wins following their UEFA Nations League victory, but they are still adrift of Ukraine, who will qualify with four points this month. We have three games left and our aim is to take maximum points and qualify for EURO 2020, said Ukraine coach Andriy Shevchenko. Then we’ll be able to make our plans [for the summer]. But we haven’t achieved our goal yet, so there’s no point in us looking too far ahead.

Deschamps sets France course
With four UEFA EURO 2016 qualifiers involved, Group H always looked tough – and so it has proved. Turkey and France share the lead with Iceland three points back and Albania three further adrift. The world champions potentially could be home and dry with two wins, however, and France coach Didier Deschamps said: First and foremost, it means winning our first game in Iceland, then the second, in which case we will have met our objective.

Surging Spain’s new look
Spain’s seven-point lead at the Group F summit is the largest in any of the sections and means two victories (and maybe not even that) this month would lead them to the finals. Roberto Moreno has named a squad with three uncapped players (Sergio Reguilón, Pau Torres and Gerard Moreno) and just three from Real Madrid and Barcelona combined, musing: The best national teams in history are often filled by big clubs, but now football is moving into a new dimension in which there are fewer [Spanish] international players in the [big Liga] teams. It’s difficult to say if the Spanish teams are falling down the hierarchy.

Lichtsteiner resumes Swiss role
The top three in Group D are unbeaten, but third-placed Switzerland will hope to reduce that number to one as they visit Denmark, in second, before hosting leaders the Republic of Ireland. Coach Vladimir Petković has called up captain Stephan Lichtsteiner for the first time since March, though Xherdan Shaqiri – who has renounced his international retirement – is ruled out with a calf injury. Petković said: I have always maintained contact with Lichtsteiner and he always behaved impeccably. He has shown that he is always ready, whether he plays or not. He is still our captain and our leader.

Mkhitaryan misses key trips
Two wins would confirm Italy as Group J winners, and they could even seal their finals place on Saturday if they beat Greece in Rome and Armenia do not defeat Liechtenstein. That could be the match that gives us qualification, said Azzurri coach Roberto Mancini, so we’re hoping the Stadio Olimpico will be full of fans, as it was at Italia ’90 when we were young. Nevertheless, it is Armenia, only three points behind second-placed Finland, who could capture the headlines if their two trips go their way, though they will be without Henrikh Mkhitaryan after an injury suffered for Roma.