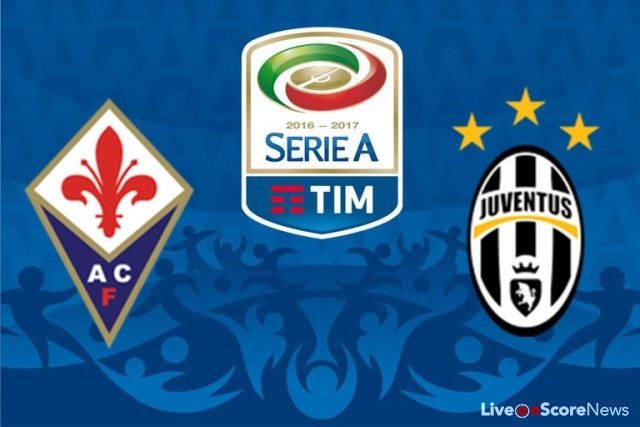 Fiorentina vs Juventus Preview and Prediction Serie Tim A 2017

Fiorentina have more than just precious points in the race for Europe at stake, as they host their bitter rivals Juventus.

Paulo Sousa’s men won’t need encouragement. The priorities of both sides may differ, but the rivalry remains fierce. Fiorentina currently find themselves struggling in ninth, and if results go against them elsewhere, potentially dropping in to the bottom half of the table. This encounter will be the Tuscan side’s first Serie A match of the calendar year, having been unable to play away at Pescara on January 8 due to heavy snow.

Sousa, who remains under pressure from the passionate natives, will be boosted by the return of talismanic skipper Gonzalo Rodriguez and fellow defensive regular Davide Astori. Astori missed the 1-0 Coppa win against Chievo while partner Rodriguez served a one match ban. The performance in that Coppa clash was poor, avoiding extra time only thanks to a last-gasp Federico Bernardeschi penalty.

What’s noticeable is Fiorentina are a considerably stronger and organised outfit with the two lynchpins at the heart of the defence and their relationship will be crucial in countering a Juventus juggernaut which shows little sign of relenting.

Nikola Kalinic will continue to lead the line, despite intense scrutiny surrounding his future. The Croatian is the subject of a reported bid from Chinese outfit Tianjin Quanjian but remains a Viola player for the time being. If the move materialises, The Gigliati will be able to strengthen during the transfer window, though it remains to be seen if Sousa would be trusted with the funds, as his departure in the summer is likely.

Bernardeschi, so often the club’s saviour this term, can be relied upon, and has nine league goals to his name. The wide man has come of age this year and will be his side’s go-to man against the Scudetto favourites. In midfield, Borja Valero is likely to partner contract rebel Milan Badelj at the expense of Matias Vecino.

Visitors Juventus are in menacing form and will be looking to stretch their lead at the top of the table. Max Allegri’s troops comfortably dispatched Bologna 3-0 in their last league fixture and are aiming for their fifth Serie A win in a row.

The Italian boss has a welcome selection dilemma with Leonardo Bonucci returning to the fold after six weeks on the sidelines with a thigh injury. The club’s star defender emerged unscathed after a 15-minute run-out during the midweek 3-2 win against Atalanta in the Coppa Italia.

In recent weeks, Allegri has started with an orthodox back four with two from the impressive Daniele Rugani, Andrea Barzagli and Giorgio Chiellini, but is likely to revert to his favoured 3-5-2 formation. Bonucci is expected to be joined in the starting line-up by captain Gianluigi Buffon, who has now recovered from a bout of flu.

The competition for places upfront is just as intense, with Mario Mandzukic and record buy Gonzalo Higuain seemingly battling it out to partner the in-form Paulo Dybala.

Elsewhere, full-back Alex Sandro returned to training this week after sustaining a thigh injury in the Supercoppa Italiana, but won’t be rushed back in to action. Fellow Brazilian Dani Alves is still some way off a return, while Medhi Benatia and Mario Lemina are unavailable due to their Africa Cup of Nations commitments. Juan Cuadrado is in line for a rare start, deputising for the suspended Stephan Lichtsteiner.

Keep an eye on: Paulo Dybala (Juventus) – The diminutive Argentine is the complete package. Goals, wonderful movement, deft touches, assists. Dybala offers something different to the brute strength of Mandzukic and the predatory instincts of Higuain and, as a favourite of Allegri, can expect to be first choice in a Juventus attack not short of firepower.

Stat fact: Juve have won their last five competitive meetings with Fiorentina, home and away. The 4-2 result in October 2013 is the only defeat in Tuscany since 1998, along with seven victories and nine draws.

Top tip: Juventus to score in both halves