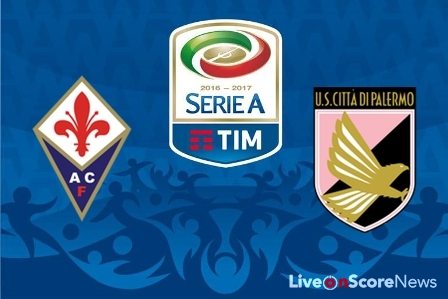 Fiorentina vs Palermo-Preview and Prediction

After only one victory in their last six matches, Fiorentina dropped down to fifth place and now are only three points in front of AC Milan. If they fail to win, their existence in top five and Europa League will be seriously endangered. Unlucky for them, in this match they will host Palermo, relegation zone team who are also desperate to win, and keep any so chances to stay in the league next season. Unlike Fiorentina, Palermo won in their last two, and are undefeated in their last three matches in a row. They also scored at least two goals in their last three matches. Highly motivated they will enter this match to win. They will dominate in speed, and for sure will try to use that and score after a fast counterattack. When it comes to their mutual encounters, Fiorentina won their last five matches against Palermo in all competitions. However, considering all the facts, current form and recent performances, in this match, there will be no actual favorite to win. Both teams are desperate for points and both will head for the victory. Fiorentina vs Palermo will be very interesting match to bet on, but maybe even more to watch. Lots of action and scoring chances on both sides are expected. Read our betting preview and make right decision.

Missing players
Fiorentina have few missing players for this match against Palermo. Yohan Benalouane and Khouma Babacar are injured and they will not play for sure. Nenad Tomovic is suspended and he is another one player who will not play for sure. All other players are fully fit and ready for the match.
On the other side Palermo do not have missing players for the match. All players are eager to win points here and they are highly motivated for the match.
Possible starting lineups
Fiorentina: Tatarusanu; Alonso, Astori, Rodriguez, Roncaglia; Badelj, Valero; Zarate, Ilicic, Bernardeschi; Kalinic
Palermo: Sorrentino; Cionek, Gonyaley, Andjelkovic; Rispoli, Hiljemark, Maresca, Morganella; Quaison, Vazguez; Gilardino
Fiorentina vs Palermo Prediction
We expect great football match for placing bet on Sunday afternoon between Fiorentina and Palermo. Both sides want to win points here and we will enjoy in open game with lots of scoring chances on both sides. Fiorentina play very well this season and they are closer to win, but it is important match for Palermo in battle for place above relegation zone. Lately Fiorentina are not in good form and they have failed to win 9 of their last 10 games. But they have very good record in previous meetings with Palermo, Fiorentina have won their last 5 matches against Palermo in all competitions. However our prediction and betting tips for match Fiorentina vs Palermo Prediction: Over 2.5 goals.

Granada vs Sevilla-Preview and Prediction

Bayer Leverkusen vs Freiburg-Preview and Prediction