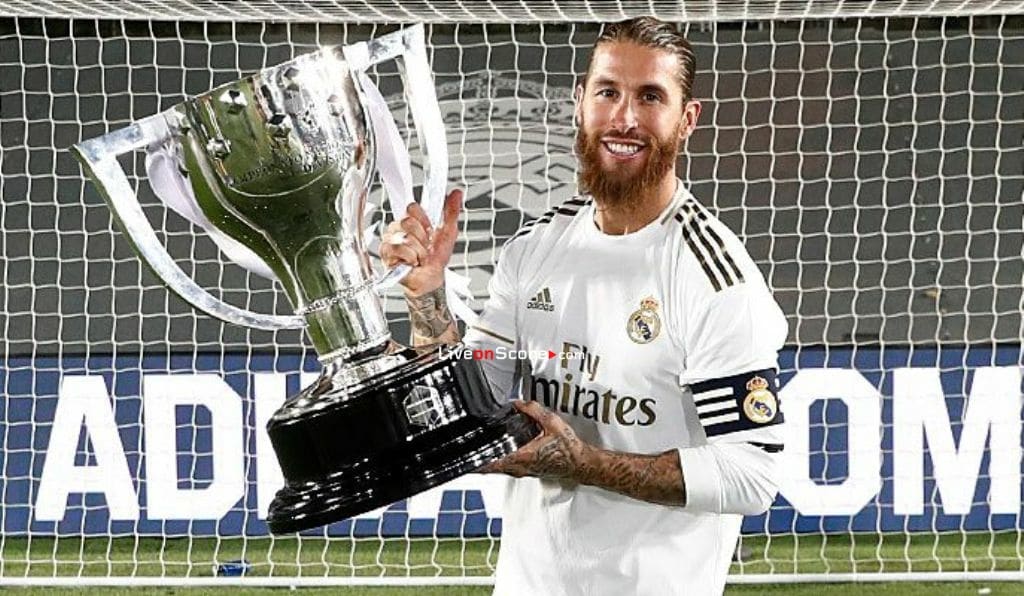 Florentino Perez: Ramos will stay at Real Madrid his whole life, the fans can relax

The captain, who has played a huge part in Los Blancos’ success this season, has just one year left on his current deal and there is still no news over an extension.
“Ramos is going to be here for his whole life,” Florentino said after the win against Villarreal.

“The fans can relax.
“He’s been impressive as leader.

“The team is close and a lot of that is down to him.”

The Real Madrid president also spoke highly of Karim Benzema, whose goals have fired the club to the title, and Zinedine Zidane, among others.

“Sergio is the captain and more than a captain, [Thibaut] Courtois has been incredible, the coach has been the architect of everything…

“I saw on Twitter that [Zidane] has won a trophy every 19 matches [as Real Madrid boss].

“Zidane is a blessing from the sky and people can say what they want about him, we’ll keep winning trophies.”

As the head of the club, Florentino also wanted to pay respect to those affected by the coronavirus pandemic.

“We want to remember those who have suffered, who have had a bad time and those who can’t be here with us,” he said.

Florentino Perez: “We wanted to win this league title and we're delighted"