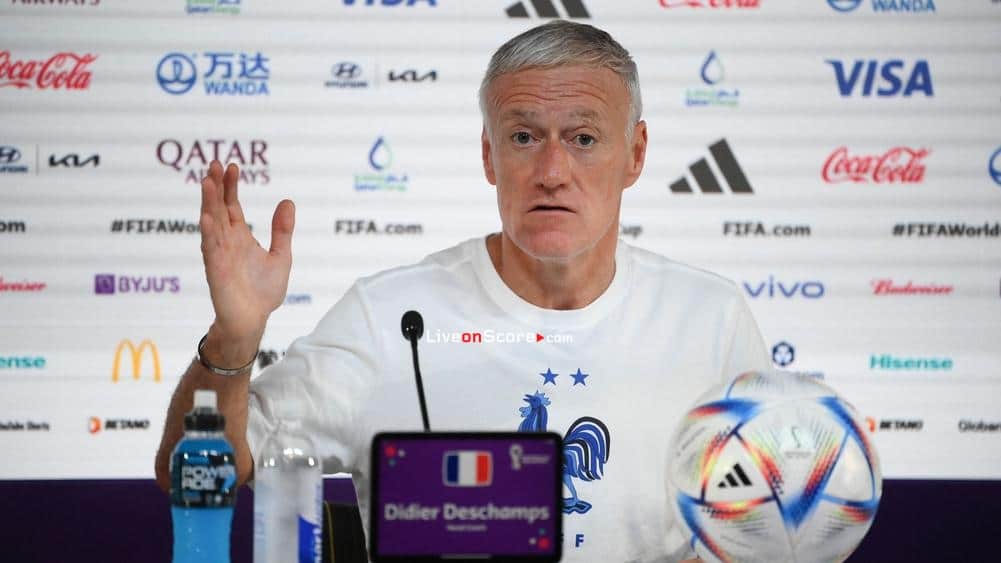 France manager Didier Deschamps said it does not bother him “many people” want Argentina and Lionel Messi to lift the World Cup when they meet on Sunday.

Deschamps is aiming to become just the second manager to win successive World Cups after Les Bleus’ triumph in 2018.

He also said there was no update on a virus in the French camp, but confirmed all players had trained.

“We are trying to live with it, without going too far and getting carried away, but doing what is necessary,” he said.

Deschamps, who also captained France to victory in 1998, was asked whether his squad’s injuries, the virus and the “will for Messi to win” had left him feeling “alone in the world”.

“I often get that feeling,” he replied. “But I am fine being alone. That doesn’t bother me.

“I don’t have any particular worries or stress about the game. When you prepare for a game like this you need to keep your focus, remain composed, but, of course, in a World Cup final especially you have the match and the whole context behind that.

“Of course, the objective is to come out with the title.

“I know Argentina and many people around the world, and maybe some French people as well, would hope that Lionel Messi could win the World Cup, but we’re going to do everything to achieve our objective.”

Ballon d’Or winner Karim Benzema was one of the players Deschamps lost to injury before the tournament kicked off and there have been rumours the Real Madrid forward could return for Sunday’s final.

“I don’t like talking about this,” Deschamps said. “Since that injury and Theo Hernandez’s injury in the first game, I’ve had 24 players and those are the players at my disposal.

“It isn’t fair for me to talk about injured players. It is not up to me who comes to watch the game.

“My focus is on the 24-player squad I have and those will be the players at my disposal tomorrow.”

Modric to play for Croatia until at least June