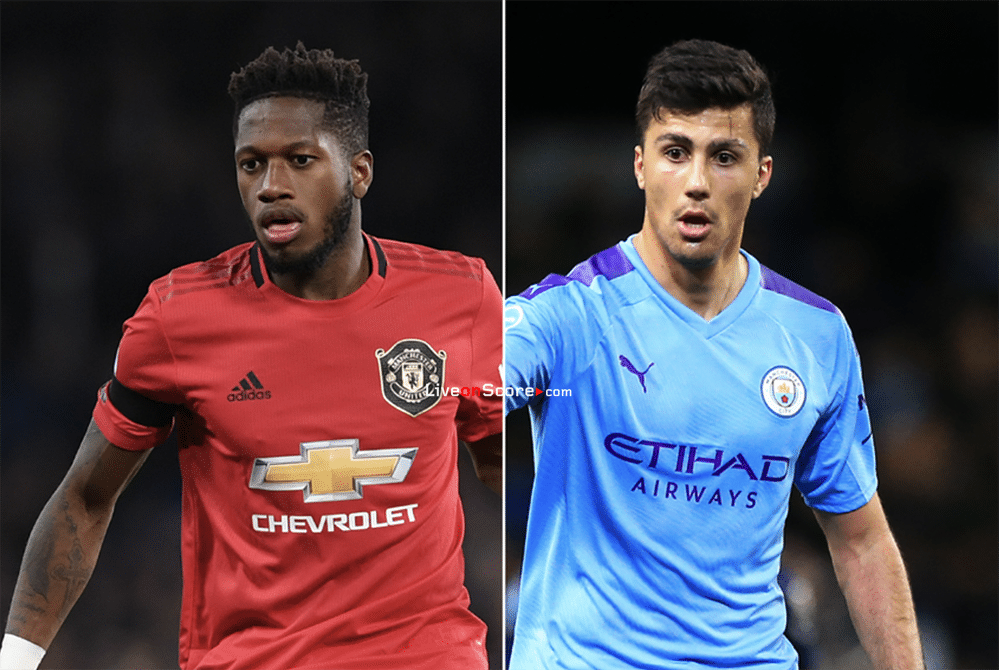 There will be a rematch between two of the Premier League’s most influential central midfielders in Sunday’s Manchester derby and that battle is likely to have a huge influence on the result.

Fred put in a transformational performance for Manchester United in December’s fabulous 2-1 win at the Etihad Stadium.

That day the Brazilian’s bravery in possession, with his willingness to play progressive forward passes, earned him a great deal of respect.

Since then, he has become a regular in Ole Gunnar Solskjaer’s starting XI.

Rodri was surpassed by Fred on that occasion.

But despite that setback, the 23-year-old Spaniard has grown increasingly confident as Manchester City’s midfield orchestrator.

With both players in good form, it will be fascinating to see who gains the upperhand at Old Trafford.

Constantly moving around to get onto the ball, and then shifting it one and two touches, he efficiently links the defence and attack.

In City’s last home match against West Ham United, Rodri broke the record for the most successful passes in a Premier League fixture.

Playing for a side that averages 672.8 passes per 90 minutes, the most in the league, Rodri’s role as a link man is pivotal to City’s strategy.

Fred’s responsibilities for Man Utd are similar, as he too likes to take charge in the middle third, playing simple but precise passes.

The Brazilian understandably sees less of the ball than Rodri.

After all, United average 162 fewer passes per match than City, and regularly adopt counter-attacking strategies.

Taking this into account, Fred is not too far behind his City counterpart when it comes to passing accuracy inside the opposition half.

If he can release Anthony Martial, Bruno Fernandes or Mason Greenwood with crisp, early passes it will test City’s defensive resolve.

In December’s meeting, Rodri did not do enough to prevent those vertical passes being fed into United’s front men.

Full of running and growing ever more comfortable in his role, Fred ranks second out of all Premier League midfielders this season when it comes to recovering possession.

His status as a fast-improving all-rounder is well deserved.

But, when comparing his off-the-ball work against Rodri’s, it is important to recognise the teams’ differing styles of play.

Considering City control so much of the possession, Rodri’s 8.29 ball recoveries per 90 minutes is actually very impressive.

The battle for supremacy
Recent history suggests Solskjaer will instruct his team to sit deep and counter this weekend, so Rodri will have an opportunity to dominate the match with his range of passing.

Fred, meanwhile, will have to choose his passes carefully when Man Utd win the ball.

Watching these two talented players try to stamp their authority on this derby should make for great viewing.

And the winner of the duel will further enhance their growing reputation.

Ighalo: the fans have been amazing