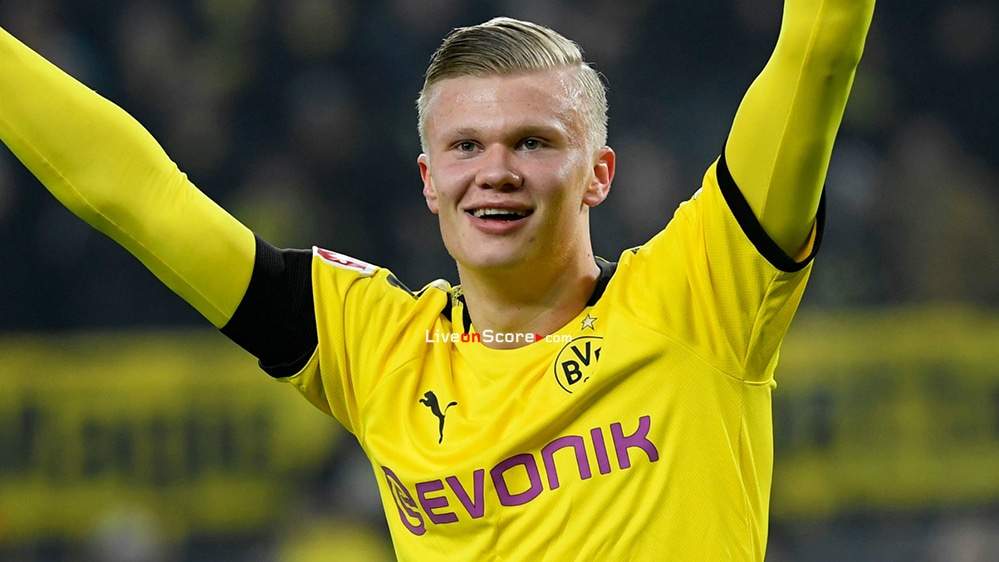 From Bryne to the Bundesliga – the making of Erling Haaland

Erling Haaland has made an explosive start to life at Borussia Dortmund with his nine Bundesliga goals coming in at an incredible rate of one every 57 minutes, but where did it all begin for the 19-year-old Norwegian goal-fiend?

Haaland may be two games into his senior international career with Norway but he was actually born in Leeds, England in July 2000, the summer his father Alf Inge Haaland – a defensive midfielder of some acclaim – swapped Leeds United for Manchester City.

Haaland Sr. spent 10 years in the English Premier League with Nottingham Forest, Leeds and Man City between 1993 and 2003 whilst wining 34 caps for Norway, but he is perhaps best remembered for the horror tackle he received from Roy Keane in City’s derby draw with Manchester United in April 2001. 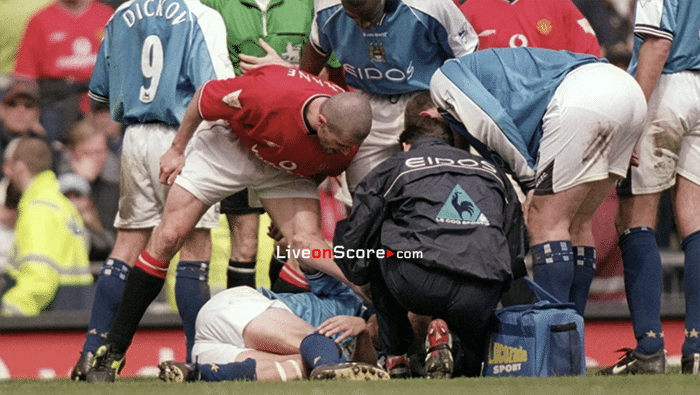 With his career petering out, ‘Alfie’ and his family returned to their native Bryne, a 12,000-strong town 300 miles southwest of Norway’s capital Oslo, a few years later, and the young Erling soon found himself in the youth set-up of the club his father had started his own career at: Bryne FK.

Bryne – pronounced like this if you’d like to stay on the right side of the now 6’4″-tall Haaland Jr. – is a commuter town a half-hour drive south of the country’s oil capital Stavanger, and the local football club operate in Norway’s third-tier, their last spell in the nation’s top-flight Eliteserien ending back in 2003.

Accordingly, Bryne are not drilling for resources in the same way as elite youth academies. There were 40 players of mixed ability in Haaland’s age group for each of the 10 years he spent with the club, with perceived lesser players spared the axe at the end of every season. Between the ages of six and 16, Haaland played competitive games a year ahead of the curve, though.

Bryne handed Haaland his first-team debut three months before he had turned 16, and by the end of the 2016 season the young striker had made 16 appearances with the club, four of them starts, as well as progressing from Norway’s U15 squad to their U17s – the first clear sign, perhaps, that he would commit to his father’s country of birth rather than his own down the line.

At the time, current Manchester United manager Ole Gunnar Solskjaer was in his second spell as Molde FK coach. A former international teammate of Alfie Haaland, he had seen enough of the young Erling to sign him for the club in February 2017. 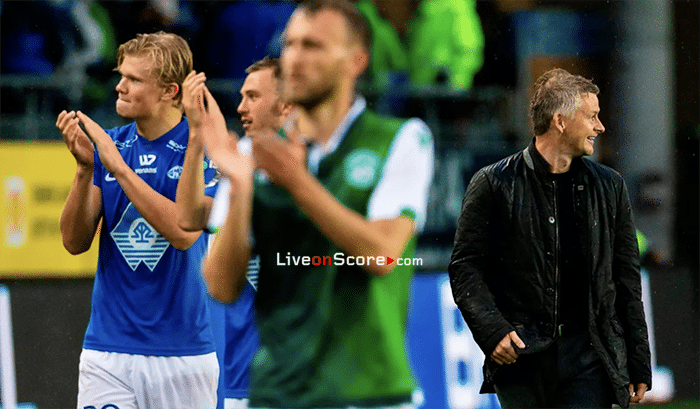 Solksjaer’s own father Oyvind had been a Greco-Roman wrestling champion in the late 1960s, but in his playing days the now 47-year-old Ole had always struggled to put on muscle. As a striker himself, his game was based on movement, opportunism and ruthless finishing, a combination that took him to six Premier League titles and a UEFA Champions League triumph in 1999.

Haaland had been the small kid playing up a year with Bryne, and further refining his attacking craft under quintessential fox in the box Solskjaer was an experience both enjoyed. However, after a period of eating up to three dinners a day, Haaland soon found that he didn’t share his coach’s inability to bulk up.

Out of the shadows

Some of my strengths I can see in Erling but in other things he’s a lot better than me already, I can say that,” Haaland Sr. reflected to bundesliga.com. “I think maybe he’s learned a few things from me, you know, mentality and stuff, the will to win.

Blessed with the right physical and mental weapons in his armoury, Haaland packed on around 15 kilos (north of two-and-a-half stone) in weight – “all muscle, according to Solskjaer – and began to rack up the minutes with Molde. 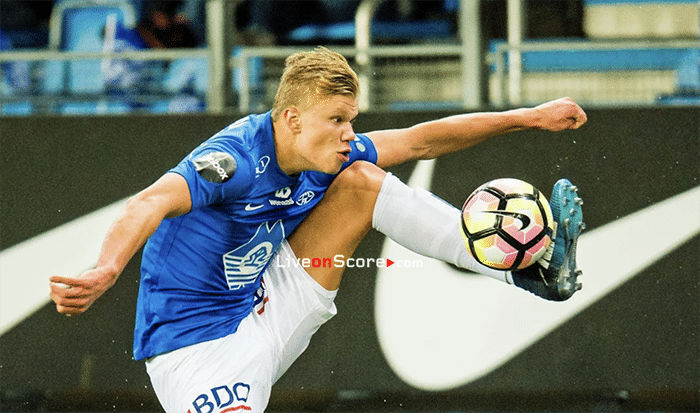 In his first season he scored two league goals in 14 appearances, 11 of which were off the bench; in his second he started 17 of his 25 Eliteserien games and plundered 12 goals. By the time he left for Red Bull Salzburg in January 2019, RB Leipzig’s sister club knew they were getting a complete striker.

Salzburg had not exactly been struggling for goals ahead of Haaland’s arrival. Munas Dabbur, now of Hoffenheim, found the target 42 times in his final two league seasons with the Austrian champions, but in January 2019 they had agreed to sell him to Sevilla the following summer with Haaland in mind.

Haaland was restricted to just two league appearances in the second half of the 2018/19 season, but that May he gave warning that he was ready to shift things up a gear.

Haaland scored nine – yes, NINE – goals in a single match, helping Norway to a 12-0 win over Honduras at the FIFA U20 World Cup in Poland. He later said he was disappointed not to have bagged 10. His haul was a tournament record, and he ended the competition with the Golden Boot despite Norway getting knocked out at the group stage. 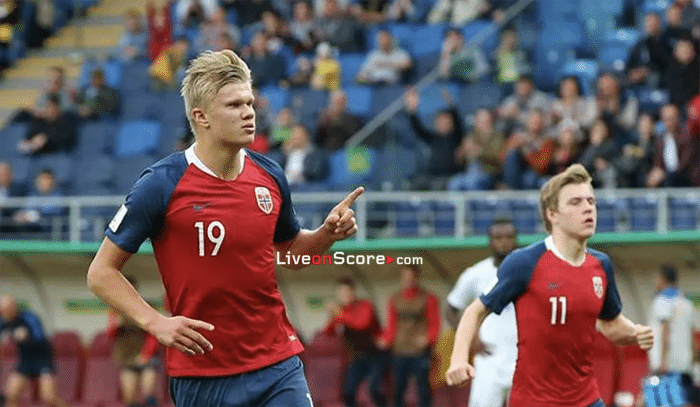 The next season – this current 2019/20 campaign – was meant to be one in which Haaland expanded on his promise, but Salzburg soon discovered what Bryne had all those years earlier: that Haaland was in a rush, his growth more revolution than evolution.

He took just two league appearances to bag his first hat-trick in a 5-2 win over Wolfsberger and by December had scored 16 goals at rate of one every 61 minutes. He was also the second-top scorer in the UEFA Champions League by Christmas, his nine goals only bettered by Robert Lewandowski’s 10 for Bayern Munich.

Salzburg had known they might struggle to hold onto Haaland in the longer term, but clubs were reportedly battering down their door to acquire a player who was now, already, the game’s hottest young striker.

Leipzig were naturally linked – Naby Keita, Peter Gulacsi and Marcel Sabitzer among the 10 players who have made the journey from Salzburg to Saxony in recent seasons – whilst Solksjaer’s presence at Manchester United made their reported interest almost inevitable. Haaland had only one destination in mind, though.

My father’s been a big role model for me, concluded Haaland Jr. I always said to myself I wanted to become a professional football player at a high level and that’s what I said [my] whole life.

Still four months shy of his 20 birthday, Haaland might say that it’s mission complete already. The terrifying thing for defences in the Bundesliga and beyond is that he won’t, and there is plenty more to come.