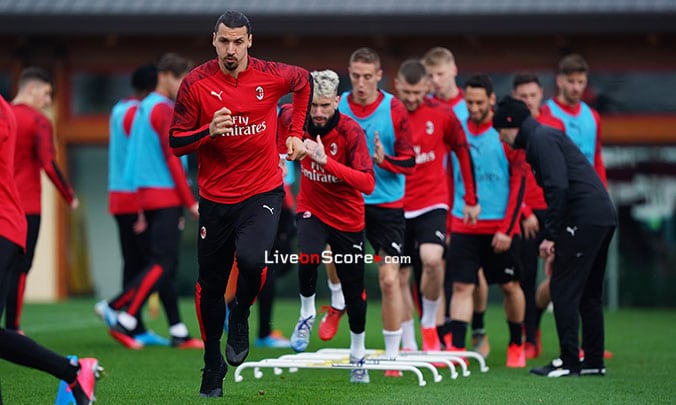 Full focus on the Coppa Italia

Coach Pioli’s men completed their first session of the week today ahead of the second leg of their semi-final Coppa Italia tie against Juventus in Turin on Wednesday.

THE SESSION
The Rossoneri met up at Milanello for breakfast in the Club House before heading to the changing rooms and starting work at 11:00 CET. After warming up, the team took to the central pitch, where they continued to activate their muscles with a series of rondos. It was then time to focus on tactics through an in-house training match which lasted for approximately an hour. After that, the players returned to the changing rooms.

TUESDAY 3 MARCH
Tomorrow, on the eve of the match, the Rossoneri will train at 14:30 CET. The team will then depart for Turin late in the afternoon.

Milan: towards the Juventus game