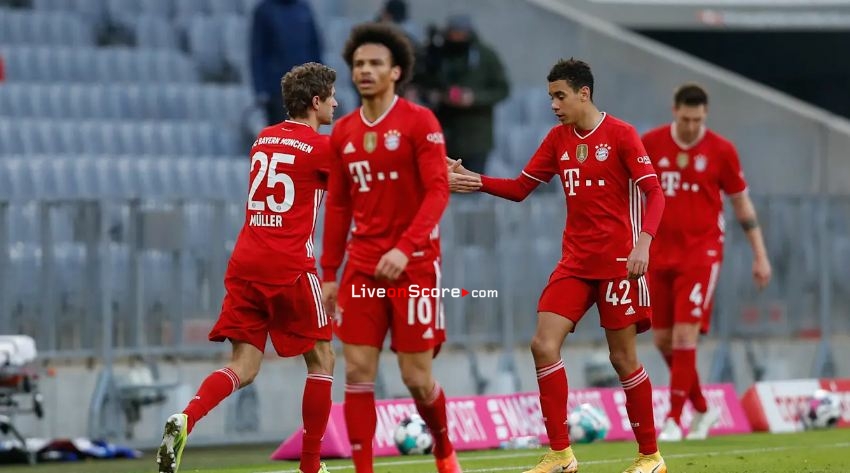 Glorious sunshine greeted the Bayern squad at Säbener Straße on the morning after their 5-1 rout of 1. FC Köln. And the mood among the small group of 10 players who didn’t start on Saturday afternoon was equally bright.

No change at the top
The fact that nearest challengers RB Leipzig claimed a last-minute 3-2 win against Borussia Mönchengladbach that evening to stay two points behind the Munich men did not harm the good atmosphere in training. After all, as long as they continue to get results like they did against Köln, Hansi Flick’s side don’t need to rely on slip-ups by their rivals in order to stay at the top.

However, Bayern had to admit that even though it was a convincing win over the Billy Goats, they did have to withstand some “shaky periods”, as Serge Gnabry put it, after the visitors briefly reduced the deficit at 2-1. “We obviously can’t say that we didn’t give the opposition a chance, but we just have to minimise these periods,” explained the brace-scorer at the final whistle.

Full week to prepare for Klassiker
Flick also stated after the game that he wasn’t pleased with “one or two things”, but was nevertheless confident that he now has enough time to remedy any perceived deficiencies over the course of the week. “We’ll analyse the game, go into it on Tuesday and explain things to the team,” said the 56-year-old. After a day off on Monday, the German record champions will begin their preparations for the glamour clash with Borussia Dortmund next Saturday.

Zidane: “LaLiga is still there to be won by anyone"