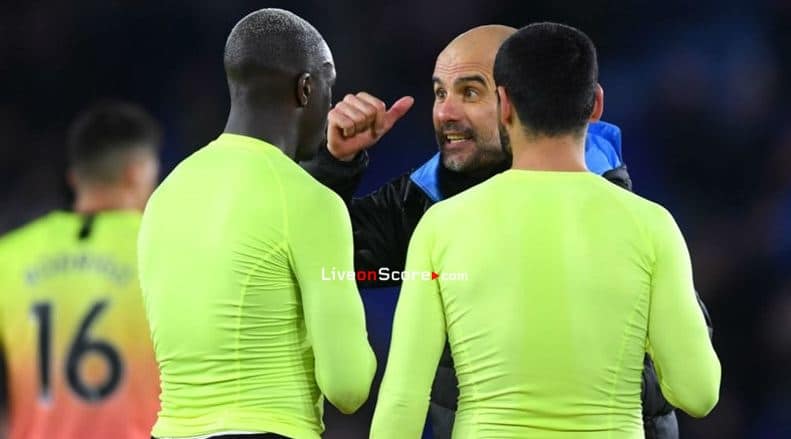 Pep Guardiola expects Raheem Sterling to be fit and ready to face Real Madrid on Wednesday.

He returned to training on Friday but wasn’t risked on Saturday as we won at Leicester, but afterwards Guardiola appeared confident the 25-year-old, who has scored 20 goals this season, will return to fold as we travel to the Bernabeu for the first leg of our Champions League last-16 tie.

“I think so – he’s getting there,” Guardiola said when asked if Sterling could face Los Blancos.

“This kind of injury is a little bit dangerous. He feels really well but the doctor says it’s three weeks and we don’t want to take a risk.

“We want for this game against Madrid and the second leg for him to be able to play.

“Without any chance to win the Premier League, it’s better not to take a risk when we don’t have to.”

City won 1-0 at the King Power Stadium, a result that saw us move seven points ahead of Brendan Rodgers’ side who sit third.

Substitute Gabriel Jesus grabbed the winner late on with his 17th goal of the season, coolly slotting past Kasper Schmeichel after collecting Riyad Mahrez’s throughball.

And Guardiola was full of praise for Jesus afterwards, particularly after the Brazilian missed a number of good chances in Wednesday’s win over West Ham.

“Gabriel always brings intensity. He missed three clear chances against West Ham because he didn’t shoot, and today he shoots.

“That’s what I want from strikers. Go and shoot.

Always you make substitutions for the best of the team.

“We [managers] are brilliant because they score, and we are not brilliant when they don’t score – but it does not work that way.

“Managers do substitutions to improve, to do something that can add to the team, avoid mistakes. Always there is one idea.”

Official Statement of Seria Tim A