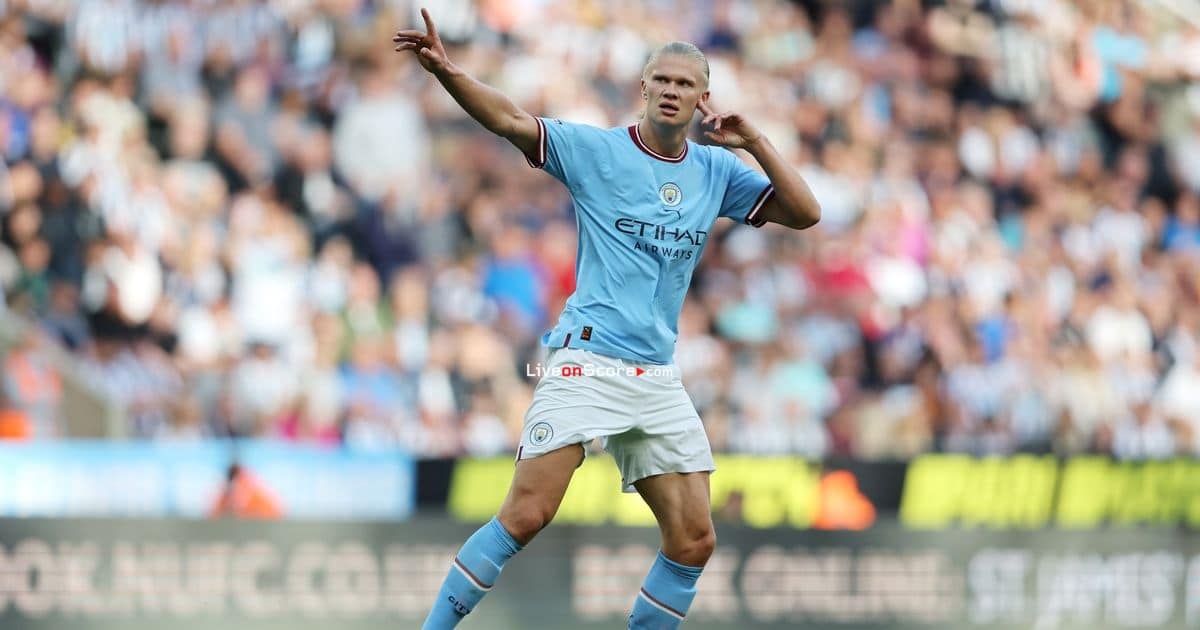 Manchester City boss Pep Guardiola says reports in Spain that Erling Haaland’s contract contains a special release clause for him to join Real Madrid in 2024 are “not true”.

Speaking after the 22-year-old Norway striker had continued his incredible start at City by hitting two goals against Copenhagen in the Champions League, Guardiola denied rumours that Madrid have engineered an exclusive agreement to sign him.

“It’s not true,” Guardiola said. “He has not got a release clause for Real Madrid, or any other team.

“Am I annoyed by the rumours? No, absolutely not. Rumours, and people talking, you cannot control it – so always we have to worry about what we can control.

“The important thing is that he has adapted [since joining City] really well. I have the feeling he is incredibly happy here, and this is the most important thing.”

It is hardly surprising to see Haaland linked with the Spanish giants given his phenomenal form for City – he has now scored 19 goals in his first 12 games since joining from Borussia Dortmund in the summer.

His display in Wednesday’s one-sided 5-0 win over the Danish side was the latest demonstration of his awesome scoring power, with even team-mate Jack Grealish left stunned by Haaland’s performance.

“It’s unbelievable, honestly,” Grealish told BT Sport. “I’ve never witnessed anything like it in my life. For the first and second goals, I was just laughing. He is always there.

“Their keeper said something to me as I was walking back. He said ‘he’s not human!’ I said ‘you’re telling me?’ Hopefully he can carry on this form and take us to glory.”

If not for Copenhagen keeper Kamil Grabara, Haaland would have had even more goals to celebrate.

Haaland beat him with his first touch of the game to open the scoring – a precise finish from a Joao Cancelo cross – but saw his next two efforts – a towering header and powerful strike on the turn – brilliantly stopped.

Typically, that did not deter him, and he was in the right place to tap into an empty net to make it 2-0 after Sergio Gomez’s long-range shot was saved.

That left Haaland needing only one more goal to complete his fourth hat-trick in six home games for City, but Guardiola played the party pooper by taking him off at half-time.

Guardiola said that substituting his star striker was not always the plan but, with the game won, his focus switched to Saturday’s home game with Southampton.

Haaland agreed with the decision – that next hat-trick can wait.

“I’ve got to be honest with you, with Erling what he wants is the same is the same as all of us, which is to win games,” Guardiola explained.

“When he made those hat-tricks, it was to win the games. Of course if he played 45 more minutes, he would get more chances but he has played a lot of minutes, it was 3-0 and the game was under control.

“If the game was tight then Erling would continue to play but it was better to rest and think of Southampton, a team we were not able to beat last season. Hopefully this season we can do it.”

PSG held as Messi goal cancelled out by Benfica