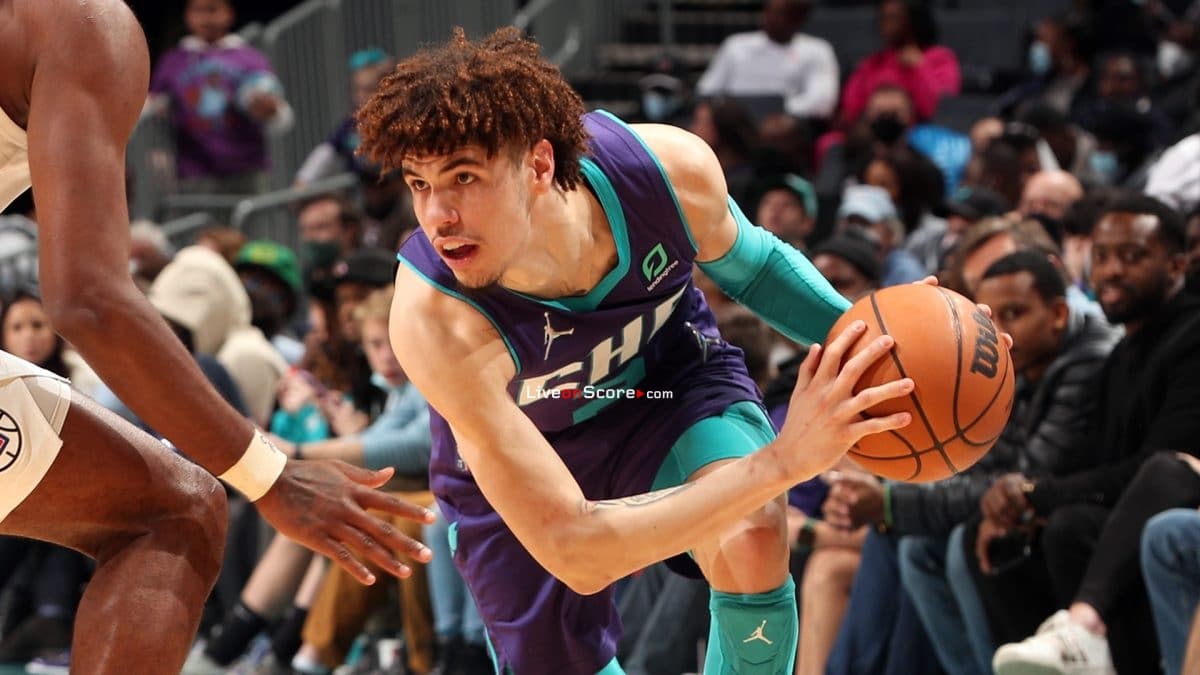 Last season: The Hornets were at times equal parts exciting, frustrating, faulty and flourishing during the season and saw their season end in the Play-In Tournament. LaMelo Ball followed up a Kia Rookie of the Year debut in 2019-20 with a strong second season, resulting in an All-Star berth and lots of flash. There was also the emergence of another young talent, Miles Bridges, who led the club with 20.2 points per game and was a strong rebounder (7.0 rpg) at a small forward. However, forward Gordon Hayward once again had injury issues, and playing defense was a team-wide adventure (Charlotte was 22nd in Defensive Rating), and there was no consistent production from any big man. Those issues cost Borrego his job and the Hornets went into the offseason looking for some size and new direction.

Summer summary: On the eve of free agency, with the team and Bridges prepared to ink a long-term deal expected to reach nine figures, an alleged violent interaction with the mother of his two children left Bridges to answer three felony domestic violence charges. Given the severity of the charges, the plan changed. The Hornets halted all talks, and other potential suitors didn’t bother extending an offer sheet. Despite a potentially fragile future, the Hornets didn’t yank their qualifying offer, so that one-year option remains on the table.

It’s muddled right now, with training camp approaching and Bridges’ preliminary hearing — for one felony count of injuring a child’s parent and two felony counts of child abuse under circumstances or conditions likely to cause great bodily injury or death — delayed until Sept. 29. His future in limbo, that qualifying offer (which expires October 1, but can be extended through March 1) retains the Hornets a right to match or negotiate their own deal pending the monitored legal outcomes.

Focusing their efforts elsewhere on the roster, the Hornets entered the summer with major concerns about their big men, or lack of them. Neither Montrezl Harrell nor Mason Plumlee offered much in terms of rebounding, offense or rim protection. The free-agent market didn’t offer many options, either, and the Hornets are seemingly more motivated to get help through the Draft, anyway.

When their turn to choose at Nos. 13 and 15 arrived, the Hornets traded Jalen Duren of Memphis (the No. 13 pick) for a future protected first-rounder from New York and then grabbed Williams at No. 15. They wanted Williams all along and figured he’d be there.

While Williams, 20, is raw offensively, he has other key NBA big man skills: defense and rebounding. The Hornets are confident that he’ll blossom through their player development but given Charlotte’s lack of competition at center, he might be pressed into duty sooner than later.

Borrego’s firing was a surprise if only because he signed an extension the previous summer. Suppose the Hornets won their Play-In game and went to the playoffs … would Borrego be out of work? The Hornets searched for a defensive-minded coach and their journey led them to Golden State Warriors assistant coach Kenny Atkinson. He is the former coach of the Brooklyn Nets and a no-nonsense taskmaster. But after accepting the job, Atkinson got cold feet and boomeranged back to Golden State as Steve Kerr’s top assistant.

The Hornets then turned to a familiar face in Clifford, the second-winningest coach in franchise history behind Allan Bristow. Clifford enters his second stint with the franchise and in his previous stop, the Hornets finished in the top 12 in defense in his previous five seasons with the club. He was fired after the 2017-18 season — the Hornets’ second straight 36-46 finish — but he also took Charlotte to the playoffs twice (2014, ’16) and led it to 48 wins in 2015-16.

Clifford believes he can connect with Ball the same way he did previously with point guard Kemba Walker, who was a three-time All-Star and enjoyed his best seasons in Charlotte.

The other good news about the summer is that it gave ample time for Hayward to recover from a foot injury. When the Hornets signed him as a free agent in 2020, he was part of the club’s renovation project. At 32, though, he still can’t shake the injury bug and is no longer the main option. He could be swapped at the trade deadline.

WILL JOHN WALL OR PATRICK BEVERLEY HAVE A BIGGER IMPACT IN L.A.?