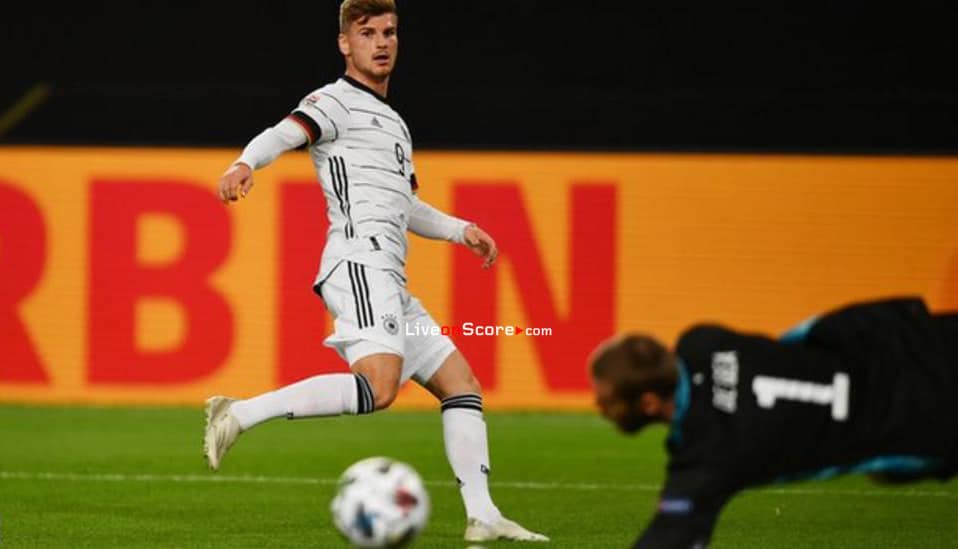 How did new Premier League signings get on in Germany’s 1-1 draw with Spain?

Four new Premier League players were on show as Spain scored a dramatic 95th-minute equaliser in an eventful 1-1 draw against Germany in the Nations League.

How did they get on and what did we learn about them?

Timo Werner (Chelsea)
Chelsea’s new £54m signing showed just why the Blues have invested so much in his services with a busy performance which he capped with a clever goal.

Having scored his first Chelsea goal at the weekend in a friendly against Brighton, Timo Werner wrong-footed David de Gea from inside the penalty area to score with his only shot on target.

Partnering former Manchester City forward Leroy Sane in attack, he frequently troubled Spain’s back line and had three shots in total, while the former RB Leipzig player had 37 touches and completed 23 passes.

If there was one disappointment it was that he did not add to 51st-minute goal – his 12th for his country.

Werner could and should have made it 2-0 after Sane’s excellent pass but could not wrap his foot around the ball enough and ended up hitting the side-netting.

But his opening goal was evidence that Werner could be the answer to Chelsea’s problems in front of goal – Blues manager Frank Lampard bemoaned their wastefulness in attack on numerous occasions last season.

Ferran Torres (Man City)
If this was a taste of what Manchester City fans can expect from the 20-year-old in 2020-21 then it looks as though Pep Guardiola has made another shrewd addition to his squad.

At times Ferran Torres was Spain’s main goal threat as he produced a supremely confident display in his first senior appearance for Spain.

Having begun the match on the right, Torres switched wings after 17-year-old Barcelona player Ansu Fati came on for his senior international debut at the start of the second half.

City’s first signing of the summer, a £20.87m buy from Valencia, created two chances, won a free-kick which led to a chance for Sergio Busquets before going close with an attempt from outside the box.

Torres’s pace caused Germany’s three-man defence problems, although he will be disappointed he was unable to test keeper Kevin Trapp at all.

Overall, however, he looks a real handful and showed great awareness and a clean pair of heels to trouble Germany’s defence.

His next challenge? Breaking into City’s starting XI.

Rodrigo (Leeds United)
We saw the good, the bad and the ugly from Leeds United’s club-record £26m signing during this match.

Starting up top with Torres and Jesus Navas on either flank, he was responsible for a terrible miss when the game was goalless after taking too long to get his shot away in front of a gaping net.

The former Benfica forward then managed to get in behind Germany’s defence for another chance but it was blocked by Trapp. 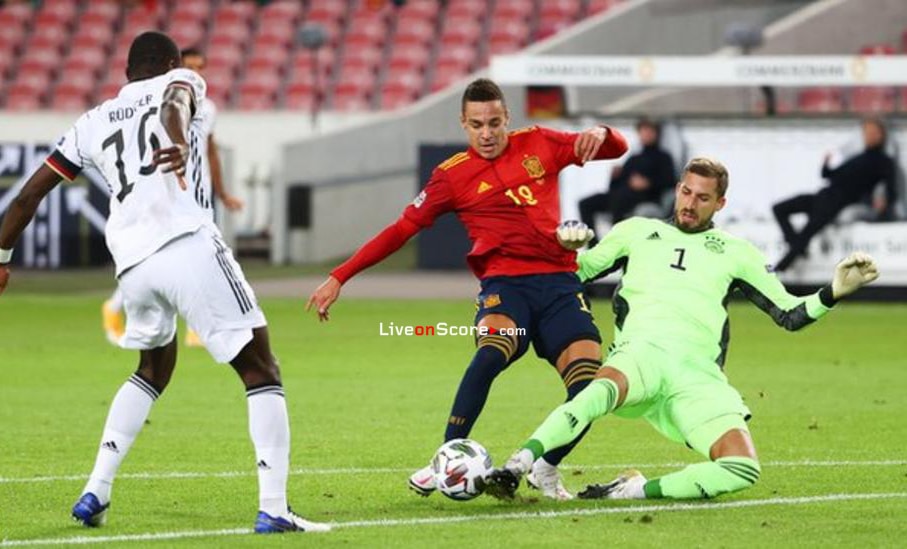 One of his three shots was an excellent attempt and showed he could flourish in the Premier League, Rodrigo at his dynamic best to wrong-foot a defender before going close with a clever effort which did not quite dip enough.

He made up for his earlier missed chances in the end, producing the assist for his side’s last-gasp equaliser from close range when he headed the ball into the path of Jose Gaya to score.

Robin Koch (Leeds United)
When was the last time Leeds United had two players on the same pitch in a Germany-Spain showdown?

Robin Koch, who has joined from Freiburg for an undisclosed fee, came on as a 91st-minute substitute for Werner with Germany leading 1-0.

But he was unable to prevent Spain from salvaging a point and could only look on as Gaya and his team-mates celebrated.