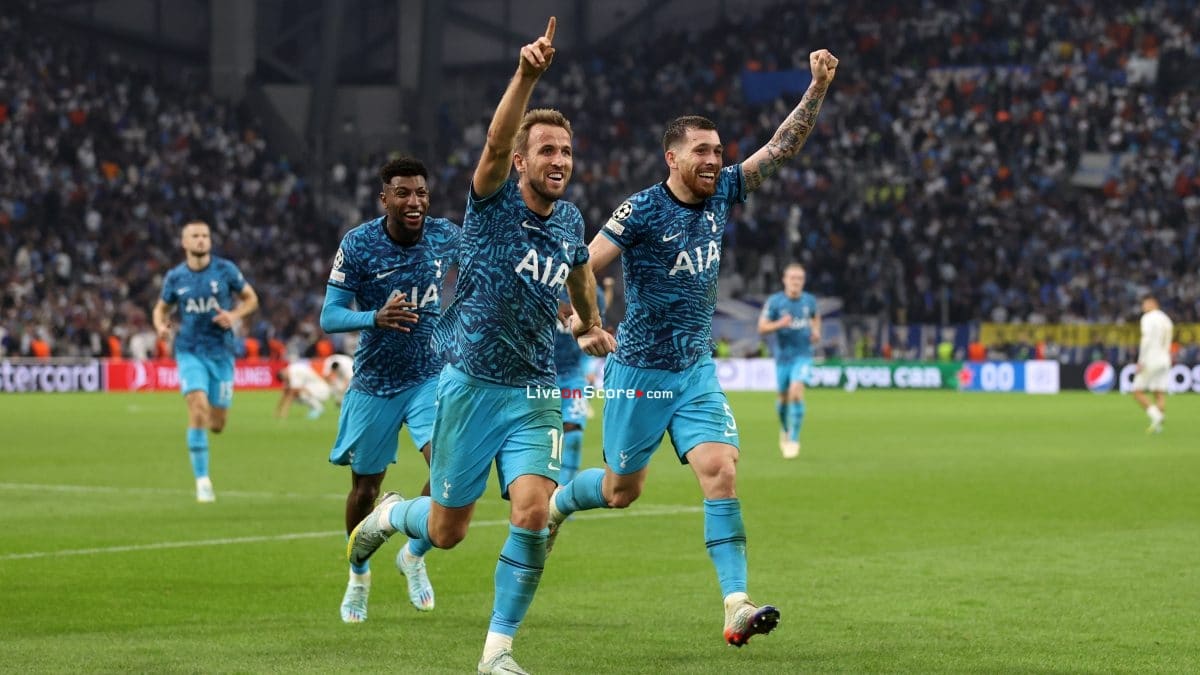 Tottenham always seem to do it the hard way.

They progressed to the knockout stage of the Champions League on Tuesday night with a dramatic, late 2-1 victory over Marseille.

It meant they finished top of Group D, but just over half an hour earlier they were heading out of the competition into the Europa League.

It is not the first time Spurs fans have endured a nerve-wracking evening in Europe, and Tuesday’s frantic match in Marseille had supporters refreshing the group table on countless occasions.

Supporters are used to it. During Tottenham’s historic route to the 2019 final they needed a draw in Barcelona to finish runners-up in their group and scrape into the last 16.

Former manager Mauricio Pochettino described it as “mission impossible” at the time.

Their task in France was seemingly more straightforward – Tottenham knew a point would be enough to progress, but as events unfolded it became anything but.

Spurs’ position in Group D changed six times during the evening with three of the four clubs topping the group at some stage in the evening.

The two teams set to qualify for the last 16 at half-time ended up being the ones knocked out of the competition by the end of the night.

Frankfurt eventually finished the group stage on 10 points – the best record of any side in their first appearance in the competition in six seasons – while Tottenham’s stoppage-time winner saw them top Group D.

When were Tottenham heading out of the competition?

How events unfolded on an eventful night
Spurs travelled to France as group leaders with Sporting Lisbon second, level on points with Frankfurt who they led on head-to-head.

Marseille, Tottenham’s opponents, were bottom of the group and knew a win would send them through no matter what.

Both matches kicked off with all four teams in with a chance of progressing.

Within 39 minutes, Sporting took a 1-0 lead over Frankfurt, sending them top of the group, above Tottenham who would still qualify.

But then Marseille went 1-0 up on the stroke of half-time. That goal reshuffled the pack as they suddenly jumped up to second place, moving Spurs into third and heading towards the Europa League.

It did not take long for Tottenham to respond in the second half, and when Clement Lenglet made it 1-1, they jumped back up to second, pushing Marseille down to third.

Frankfurt then made a move in the 62nd minute, equalising with Sporting, meaning Tottenham returned to the top of the group.

The German side scored again 10 minutes later meaning they overtook Tottenham as group leaders and Sporting were bumped down to fourth. That game finished 2-1 and they had to wait to find out the outcome in France.

Spurs were clinging on at 1-1 as Marseille pushed for the winner, but it was Tottenham midfielder Pierre-Emile Hojbjerg who struck in the 95th minute.

That goal meant Tottenham went through as group winners and Marseille missed out on European football altogether for the rest of the season, dropping to the bottom of the table.

How you reacted on social media
Richard: Seriously the most Conte thing ever. Very lucky boys.

Rachel: It’s not how you start, it’s how you finish. COME ON YOU SPURS!

Mark: Don’t know what everyone was panicking about! Needing a result, away from home, in the last group game! Remind you of another one of our CL campaigns? Come on you Spurs!

Mike: Marseille must be gutted! They went all out to try to beat Tottenham and instead they lost the game, which means that instead of going to last 16, they don’t even qualify for Europa League!

Chris: This Spurs game really is a textbook example of a game of two halves.

From Chelseas No. 9 curse to bitter Arsenal exit Aubameyang has much to prove