I never asked to leave PSG in January Mbappe

Striker Kylian Mbappe says he “never asked to leave” Paris St-Germain amid reports he wanted a move away from the French capital in January.

The 23-year-old France international signed a new three-year deal with the club in May.

Mbappe, a 2018 World Cup winner, had previously been heavily linked with a move to Real Madrid.

“I am very happy,” Mbappe said after setting up Neymar’s winner in the 1-0 win over Marseille on Sunday.

“I have never asked to leave in January.”

Reports that Mbappe wanted to leave the club surfaced ahead of PSG’s Champions League match against Benfica on Tuesday.

“I didn’t understand why the story came out on the day of a game. I was as shocked as everyone,” Mbappe claimed.

“People can think I was involved but I wasn’t at all.”

Neymar scores 200th club goal in PSG win
Earlier, Neymar scored the only goal as PSG beat rivals Marseille at the Parc des Princes to remain unbeaten at the top of Ligue 1.

Lionel Messi forced two early saves from Pau Lopez and cannoned a free-kick off the bottom of the crossbar.

The breakthrough in ‘Le Classique’ came in first-half injury time with Neymar finding the bottom corner with a first-time finish from Mbappe’s pass.

Marseille had Samuel Gigot sent off for a dangerous tackle on Neymar.

The visitors had chances too with Jonathan Clauss denied well by Gianluigi Donnarumma.

PSG, with nine wins and two draws from 11 games, are three points above Lorient at the top of the table. 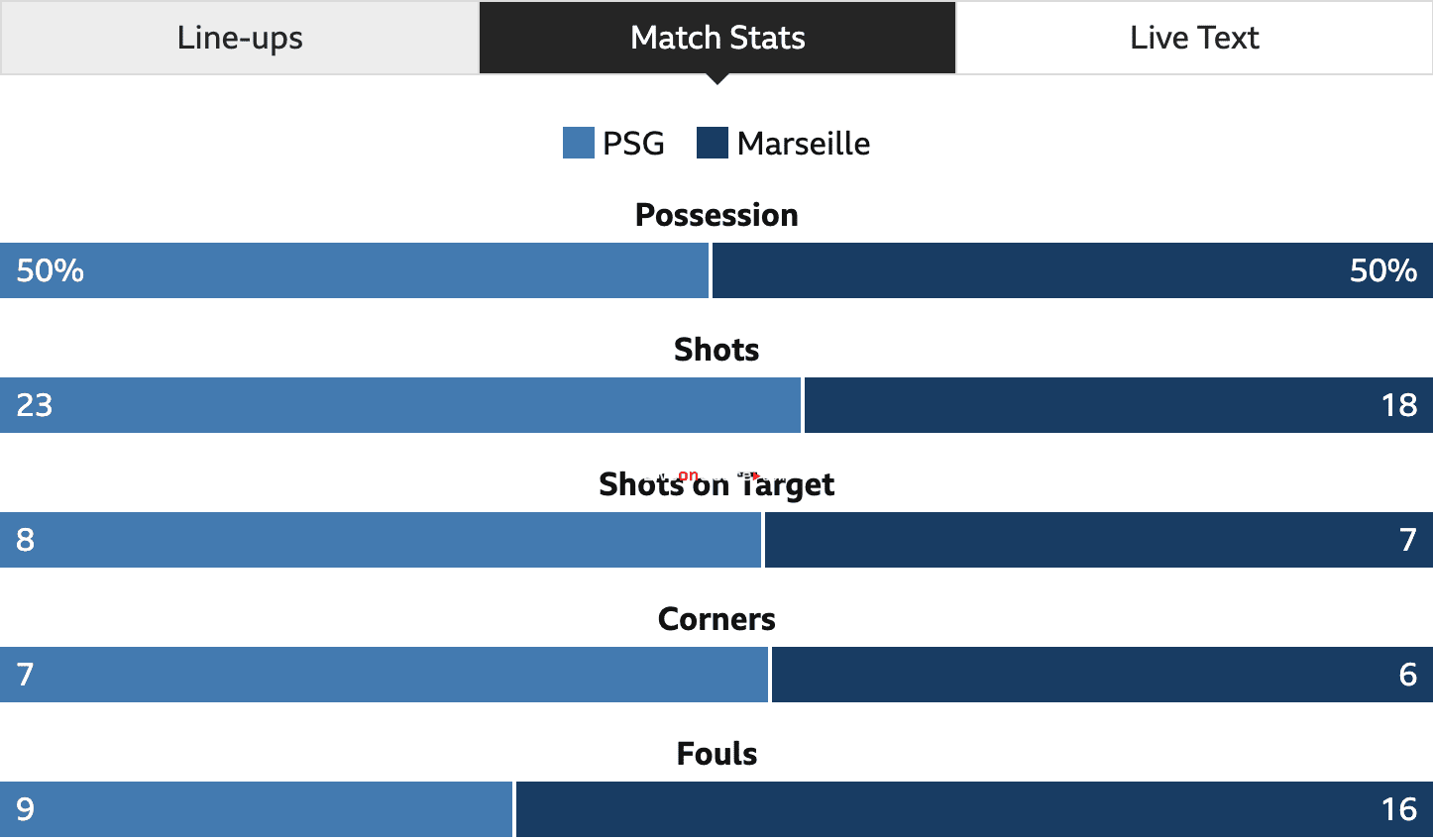