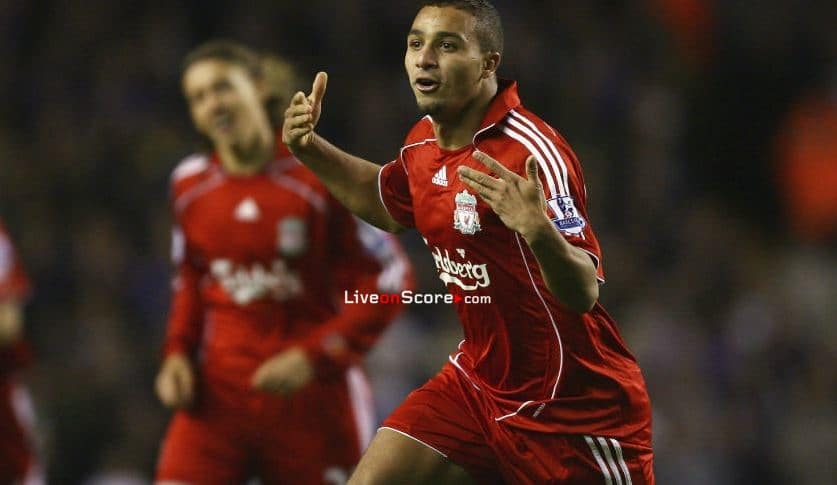 Nabil El Zhar felt immense pride as he watched Liverpool become champions of the world for the first time.

Now based in Doha playing for Qatari side Al Ahli SC, the FIFA Club World Cup in December brought about an opportunity for El Zhar to show his three children the true size of the club their dad used to represent.

“I had tickets to go and watch the games. I brought my kids because I talk about Liverpool all the time,” he tells Liverpoolfc.com. “I could say to my kids: ‘Look at who I played for, look at these fans, they have fans all over the world.’

It’s a feeling that’s been present ever since El Zhar became a Red as a youngster back in 2006 after joining from Saint-Etienne.

He would go on to represent the first team of the club he supported as a child 32 times across five years. Every second was a privilege.

“I remember going to play games for the reserves and all the way I was just looking at the logo and telling myself, ‘This is unreal, I’m playing for this team, look I have the tracksuit, the logo’,” the 33-year-old remembers.

“There’s some things like this that you can still remember 10 years after or even more. Honestly, I had a great, great time over there.

“I can also say right now because I don’t think I’ve said it until now, when I received the call from Liverpool, I was going to sign for AS Roma. I was in Italy to sign five years for AS Roma.

“The minute I received the offer from Liverpool, I just went to France to get everything done to fly to Liverpool. I just told my agent that I wanted to go to Liverpool.

“They wanted me and wanted to send me the offer [by] fax. I told my mum to get the fax and as soon as she got the fax, I travelled down. My agent was not happy because he was not involved in this deal!”

The highlight of El Zhar’s Liverpool career arrived on what was his very first start for the club.

In the XI for a fourth-round League Cup tie with Cardiff City in October 2007, the No.42 opened the scoring with a long-range piledriver in front of the Kop.

Maldini: 'I'll recover in a week'