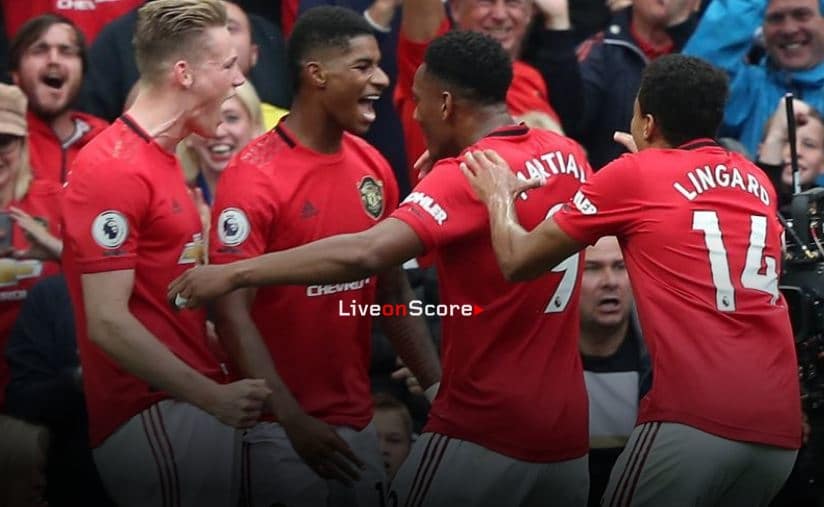 Harry Maguire, Aaron Wan-Bissaka and Daniel James all enjoyed excellent debuts for Manchester United in their first competitive game for the Reds.

The new faces were on the winning side at Old Trafford on Sunday against Chelsea in a superb 4-0 win, with Marcus Rashford (2), Anthony Martial and James grabbing the goals in the first fixture of the 2019/20 season.

Maguire who, of course, joined the Reds from Leicester City earlier this week, has earned a reputation as one of the most composed centre-backs in world football. He certainly demonstrated that on Sunday.

Various times against the Blues, Harry received the ball from David De Gea, turned and moved it on to a United midfielder. He even made a habit of spreading the ball to Wan-Bissaka on the right flank from which the young full-back flew down the line.

It wasn’t just on the ball where our new no.5 impressed. He also was a colossal at the back and made a vital block to Jorginho’s goal-bound shot in the 39th minute.

Always the mark of a good defender, Harry never looked stretched or panicked, but was always in the right place at the right time.

One such moment, in the 65th minute, saw the 26-year-old outmuscle Tammy Abraham and quickly release the ball. A few seconds later, Martial swept it into the back of the net and registered United’s second goal of the afternoon.

It was easy to see why Aaron has been nicknamed ‘the spider’ and, on countless occasions ,those long-reaching legs intercepted Chelsea attacks. He even got a toe to a pass intended for Ross Barkley on the edge of the box around the half-hour mark and prevented the former Everton man registering a shot in a dangerous area.

Those long legs also helped the right-back gallop up and down the wing and the visitors struggled to deal with his speed and directness. Aaron was often an option for United in the attacking areas and registered several dangerous crosses and found Mason Greenwood in the box near full-time to almost add a fifth for the Reds.