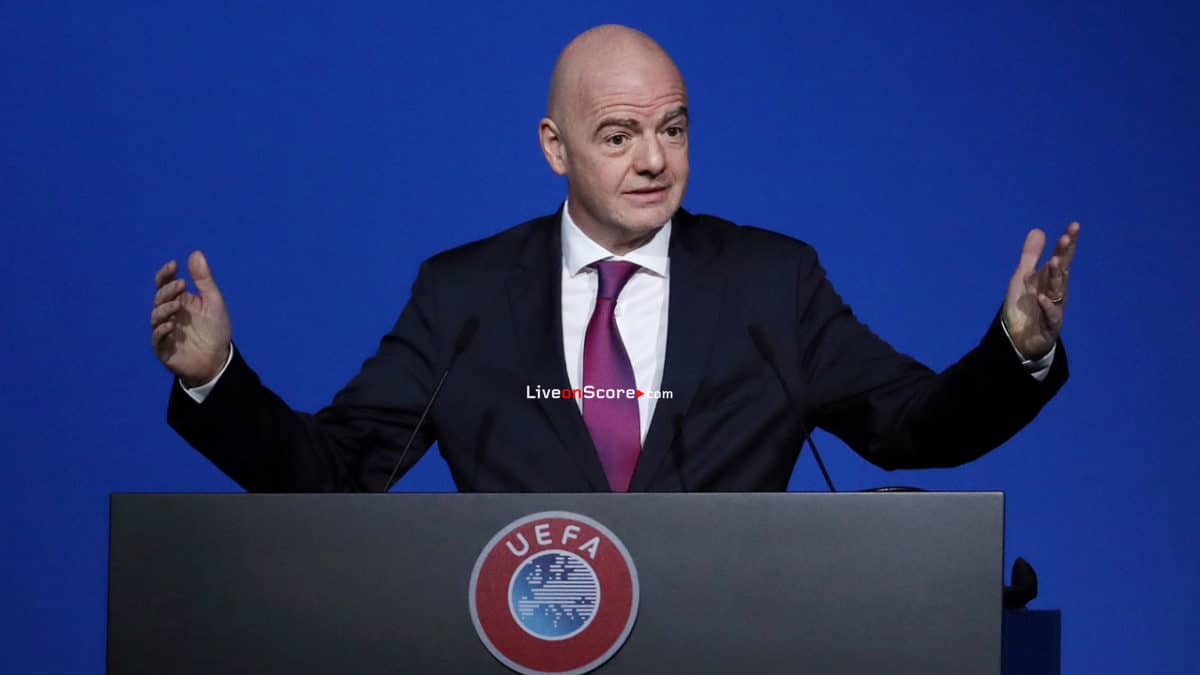 Infantino: ‘Let’s all save football together’

President Gianni Infantino has warned football to “prepare for the worst” but insisted FIFA will do everything they can to help. “We all have to make sacrifices”.

In these testing times, with football suspended all across the world due to the Coronavirus emergency, FIFA are digging deep in their pockets to help the organisations that suffer economically.

But the FIFA President has claimed that there are no guarantees for when football can resume.

“Health comes first, then everything else,” Infantino told La Gazzetta dello Sport. “For the managers, the rest means hoping for the best but also preparing for the worst.

“Without panicking, let’s stay it clearly: we will play again when we can do it without putting anyone’s health at risk.

“Federations and Leagues are ready to follow the recommendations of the governments and WHO. I thank the doctors, nurses and all those who risk their lives to save others. They are heroes.”

He points out that FIFA can help in many ways and how they are already collaborating with the different federations, like UEFA in Europe.

“We have shown a spirit of cooperation and solidarity with Europe and South America,” he added. “Now, let’s think about the calendar of the national sides, about temporary modifications and dispensations for the regulations on the status of players and transfers.

“We need to protect contracts and adapt the registration periods. Measures are needed, though. But we don’t have no choice. We will all have to make sacrifices.

“I don’t judge anyone. FIFA already had a four-year collaboration with WHO to promote a healthy lifestyle. But this is an emergency. We launched an awareness campaign with six of the top coaches asking to follow five key tactics: hands, elbow, face, distance and contact.”

Infantino has confirmed that FIFA has used their savings for a potential internal crisis to help the world of football and has claimed the organisation is always ready to help.

“Of course. Thanks to our solid financial situation, we can propose solidarity measures,” the President said. “$10m to the WHO fund. Then the establishment of a global football assistance fund.

“Thanks to the last four years, FIFA is in excellent health and have the resources to do so. The savings are to help FIFA during a crisis, but this is a crisis for the footballing world, and it seems obvious that we have to do everything we can.

“In these kinds of situation, health is the top priority and exceptional measures are needed. That’s simply what I have done. I am always ready to help those in need. Today, it’s Europe and South America, tomorrow it might be others. That’s what I told [UEFA President Aleksander] Ceferin on the phone.”

It included having to postpone the new FIFA Club World Cup – a tournament Infantino has worked hard to establish – to make room for the European Championship in 2021.

“It’s not my dream, but a FIFA tournament to develop club football all across the world,” Infantino said. “It was wanted by all clubs, including the top clubs of Europe. When UEFA created the Champions League 30 years ago, there was the insurrection of Federations and Leagues. They were afraid of the novelty.

“Now, it’s called genius. We have been faced with the similar and useless fear, but everyone will benefit from this. Let’s see what they will say in 30 years.

“Soon we will decide whether to play the first edition in 2021, in 2022 or alt least in 2023. But let’s not forget one thing, only we make global solidarity. The Club World Cup and the World Cup are the only source of income for the majority of the federations.

“Without it, in over 100 countries, there wouldn’t be any Leagues, youth sectors, women’s football, fields. Postponing the Club World Cup will lose FIFA and all the associations hundreds of millions. We have the means to deal with these losses.

“But the solutions in the international calendar must take into account the interests of all stakeholders. It’s FIFA’s responsibility. We will talk about it with confederations, federations, leagues, clubs, footballers. Surely, everyone is ready to take a step back, like us.”

The chief has revealed that the Coronavirus outbreak will have a massive impact on the economy of football, and admitted it risks heading towards a recession along with the global economy.

“There is a risk. An assessment of the global economy impact is needed,” he added. “It’s difficult right now, we don’t know when it will return to normal.

“But we look at the opportunities. We can perhaps reform world football by taking a step back. With different formats. Less tournaments, but more interesting. Maybe fewer teams, but more balanced. Less games, to protect the health of the players, but more competitive.

“It’s not science fiction, let’s talk about it. We quantify the damages, let’s see how we can cover them, we have to make sacrifices. The ones who managed their “company” in a healthy way, will benefit – then we start again.

“Not from scratch, we are privileged. But let’s all save football together, from a crisis that risks being irreversible.”

Infantino quashed the talks about a Super League for the top clubs and made it clear that his intentions are to strengthen the competition around the world.

“It makes me laugh,” he said. “And what else? From what I see, others are already planning and organising tournaments around the world, outside the institutional structures, and without respect for how the domestic, continental and world football is organised.

“In the future we must have a least 50 national sides that can win the World Cup, not just eight in Europe and two in South America.

“We need 50 clubs that can win the Club World Cup, not just five or six European ones. And 20 of these 50 will be European, which seems better than today’s five or six. But it’s not the right time to talk about this now.”

VAR has been in the spotlight and the controversies at the start of the season led to discussions about the future of video refereeing, but Infantino has claimed it’s here to stay.

“VAR is now indispensable. If used properly, the criticism will subside,” he said. “It can be perfected, but the fact is that in some countries they don’t comply fully with the IFAB protocol.

“It’s important to understand that VAR helps the referee, and not that it’s someone else who makes the decisions. We will have to invest more, according to my vision from 2020 to 2023, to have a VAR that’s light, economical and functional. Global.

“Let’s clarify once and for all: there’s no obligation. Those who don’t want it, are free not to use it. But ask the critics if they would really want to go back to the Stone Age.”

About the completion of Serie A 2019-20, Infantino didn’t want to suggest anything and said it’s not FIFA’s decision to hand out the trophy in Italy, but he revealed that the Italian campaign has been “very interesting” this term.

“It wouldn’t be right to say something. And it’s not a FIFA decision. “If asked, I would give my opinion. But football and the Scudetto, don’t seem like the most important things right now.

“So far, it has been very interesting. Congratulations to Juventus, Lazio and Inter. Well, indeed, Atalanta have done very well by thrilling everyone in the Champions League.

DE VRIJ: we must stay at home!