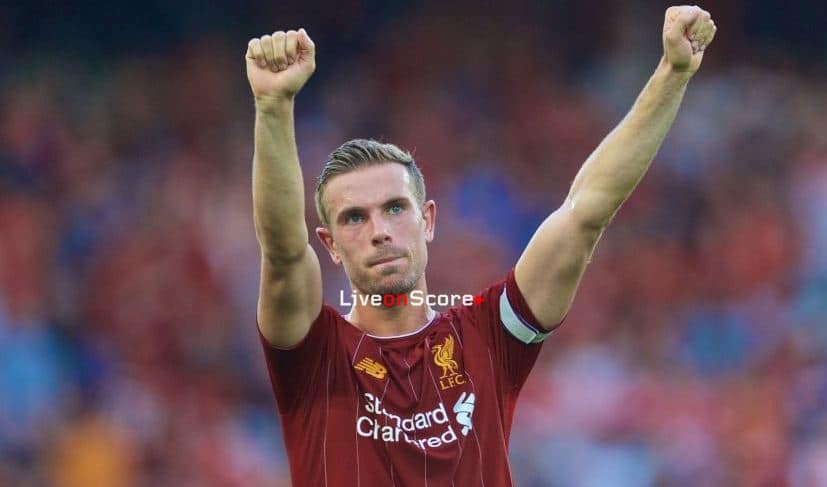 The quality of Liverpool’s collective performance made them worthy 3-1 winners against Arsenal, reflected Jordan Henderson.

Joel Matip’s powerful header was the difference between the sides after an action-packed opening 45 minutes at Anfield on Saturday.

But the Reds surged into an unassailable lead after half-time – Mohamed Salah winning and converting a penalty before later racing clear and slotting home a third – to become the only team with a 100 per cent record in the Premier League.

Asked if he was satisfied with the display, Henderson told Liverpoolfc.com: “Yes, of course. Another three points against a good side, a good performance – so, overall, delighted with the game.

“They started really well and won both their games so we knew it would be difficult. But we knew if we did the right things, played to our strengths, defended really well and were clinical in front of goal, then we’d hurt them. We managed to do that, so overall it was a really good performance.

“If we want to be really critical, we’re disappointed with the [Arsenal] goal – I should have cleared it on the edge of the box. But we’ve got to be delighted with the three points, it’s tough in the Premier League.

The Arsenal goal came with five minutes left to play at Anfield as Lucas Torreira knocked a low finish beyond Adrian from inside the box.

And Henderson’s exacting standards for himself and his teammates meant the captain came away from the game determined to learn a lesson from the incident, despite the overall positives to take.

“It was sloppy from me, I should just clear the ball,” said the No.14. “I tried to get my toe on it. He didn’t know I was coming so I probably had a bit more time than I thought.

“But that’s us being really critical of ourselves. I’m delighted with the team performance, I thought everyone was brilliant and deservedly got the three points.”

Liverpool’s match-winning surge early in the second half was highlighted by Salah’s second strike of the evening.

The Egypt international shimmied around David Luiz when picked out by Fabinho’s forward pass, calmly bore down on goal and dispatched the ball into the bottom corner.