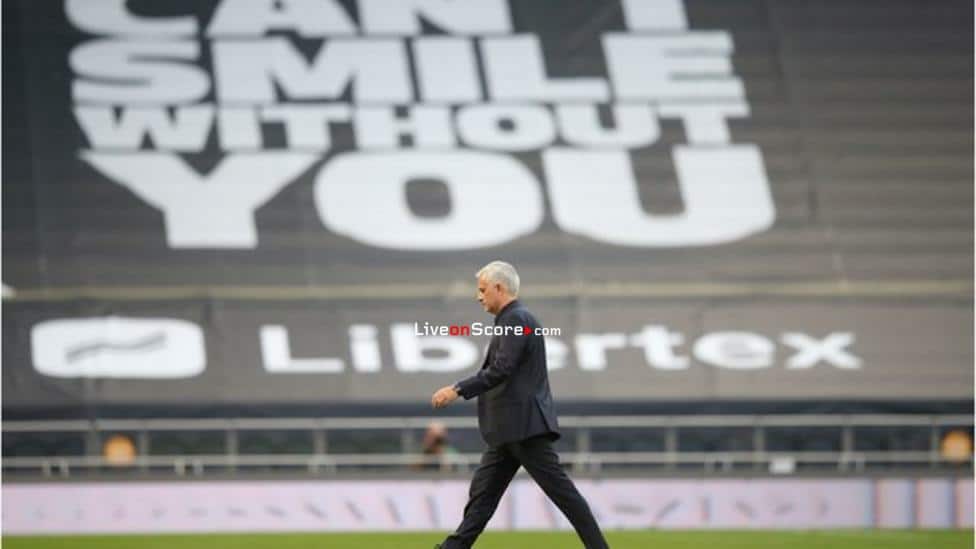 Jose Mourinho: Tottenham boss says a number of players had Covid-19 over summer

Tottenham boss Jose Mourinho said a number of his players had coronavirus over the summer after a season-opening defeat by Everton.

Mourinho criticised his players’ “lazy pressing” and was angered by the match officials, questioning the position of Lucas Digne’s free-kick which led to Everton’s winner.

But the Portuguese admitted he was happy to no longer be starring in a fly-on-the-wall Amazon documentary.

Mourinho did not name the players who had been infected but said it had disrupted his side’s preparations for the new season.

“Harry Kane trained with us once,” added Mourinho.

“Moussa Sissoko, a couple and I am not going player by player. For different reasons many of our players didn’t have proper pre-seasons.

“We had cases of positive Covid, we have the right not to say which players, but we had players, we had other players in quarantine due to proximity with positive players.

“We had a player in quarantine because he was on holiday in a country which the government quarantined, we had national teams where many of them went to their team so it was a difficult pre-season.”

‘We were lazy in our pressing’ 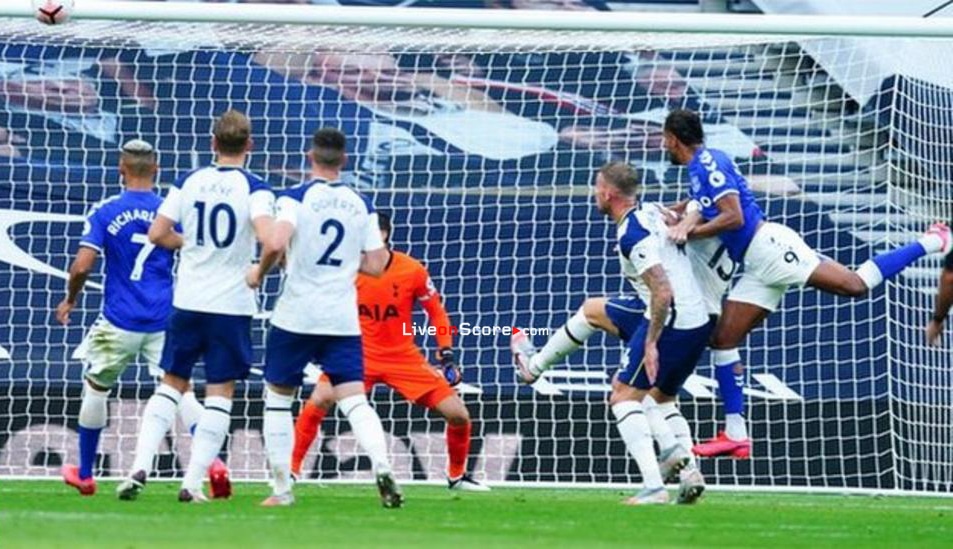 Having finished sixth in the table after a strong finish last season, Spurs are looking to push on in 2020-21 but were flat against a high-energy Everton side.

Striker Harry Kane only touched the ball twice in Everton’s penalty area while Dele Alli was substituted at half-time.

Although Everton keeper Jordan Pickford produced excellent saves to deny Alli and new signing Matt Doherty, Mourinho said: “If you don’t press them you give them ammunition.

“We were lazy in our pressing. That is a consequence of bad fitness, bad pre-season.

“Some players didn’t even have a pre-season. Some players had a wrong state of mind. I don’t want to speak about it – I’m not sure about it.

“I’m disappointed with my team.”

Mourinho upset with match officials
Calvert-Lewin got between Eric Dier and Toby Alderweireld to power a header past Hugo Lloris for the winner.

Mourinho claimed Everton took the free-kick “at least five metres” further forward than it should have been and was critical of referee Martin Atkinson and his officials.

“It is not an excuse for the result or defeat or performance,” he said.

“With so many referees on the pitch and on the line, to take a kick a minimum of five metres distance [away from where the foul was] is incredible.