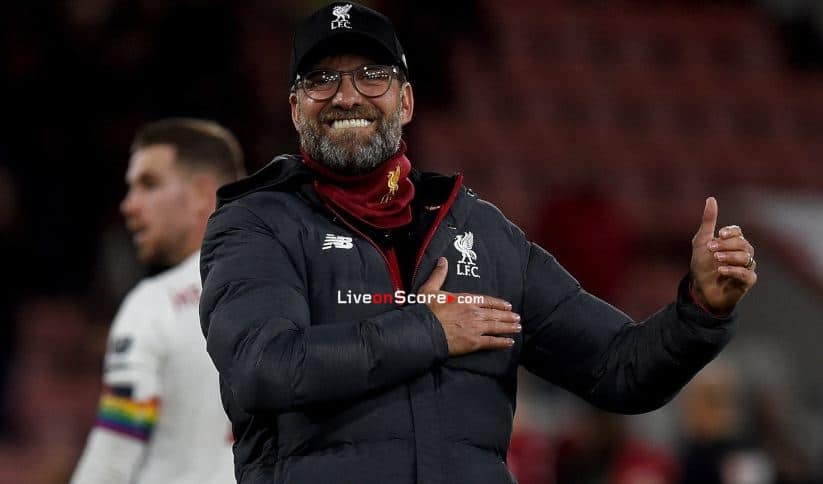 Jürgen Klopp exclusive: ‘My message is: Winning the Premier League is for you’

Jürgen Klopp had a simple yet emphatic message after Liverpool clinched the Premier League title on Thursday night: ‘This is for you.’

The Reds were confirmed as champions after Manchester City lost 2-1 to Chelsea at Stamford Bridge, meaning they cannot mathematically be caught in the table.

It ends a 30-year wait to secure the club’s 19th title – and they’ve done so with seven games to spare in the campaign.

Shortly after it was confirmed Liverpool were the Premier League winners, Klopp spoke to Liverpoolfc.com from the hotel where the team had gathered this evening.

No, unfortunately not because if I tried to start talking about it [how I feel] again I will start crying again and that doesn’t work really well! I am completely overwhelmed; I don’t know, it’s a mix of everything – I am relieved, I am happy, I am proud. I couldn’t be more proud of the boys. How we watched the game tonight together, we knew it could happen, it couldn’t not happen, we didn’t know. We want to play football and we are really happy that we are allowed to play again – then when it happened in that moment, it was a pure explosion. When we counted down the last five seconds of the game, the ref counted down a little bit longer than us so we had to look at two or three more passes! Then it was pure… I cannot describe it. It was a really, really nice moment. Directly after it, I felt so empty inside – I cannot believe it, I am really not happy with myself in the moment that I feel like I feel, but it’s just a little bit too much in the moment. I will be fine, nobody has to worry. I actually couldn’t be happier; I couldn’t have dreamed of something like that and I never did before last year, honestly. We were not close enough three years ago, a year ago we were really close… what the boys have done in the last two-and-a-half years, the consistency they show is absolutely incredible and second to none. Honestly, I have no idea how we do that all the time. Last night, a very good example – we played a game like the stadium is fully packed and everybody is shouting ‘Liverpool’ or whatever constantly. It is a wonderful moment, that’s what I can say.