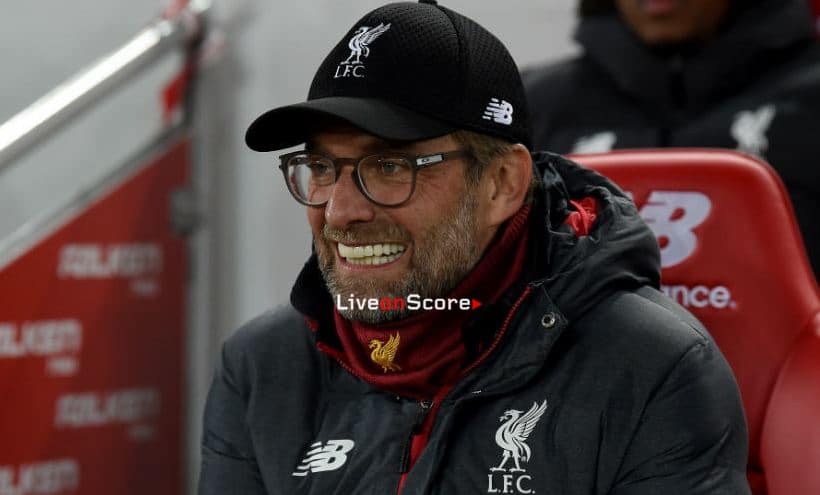 Jürgen Klopp insists Liverpool will block out all the noise surrounding the weekend’s high-profile clash with Manchester City and firmly focus on doing what’s necessary to secure the win.

Anfield is the venue on Sunday afternoon as the Premier League’s top two sides meet for the first time in the division this season.

For Klopp, the clash represents mass excitement rather than a clear indication of how the rest of the 2019-20 campaign is set to pan out.

When asked by Sky Sports whether the game was more of a must-not-lose scenario for his team, the boss said: “I’m sorry, maybe there are other people who are smarter than I am and see it like this! I don’t see it like this.

“For me, it’s a 100 per cent want-to-win game, 100 per cent with all I have. ‘Must win’, I never understood because that doesn’t change the chances.

“For us, as a team, to prepare a game like this, you have to do the right things again and again and again. So knowing everything in the game, being brave, playing football, defending for your lives, all that stuff.

“Around has not a real effect on us, that’s how it is. I can imagine it’s the whole week [with] how the whole world is talking about we must not lose, I think I heard, and they must win or something like that. I don’t really care.

“We want to win and we try everything to make that happen, which is difficult enough. Then after that we will see how the situation is and use that situation. If it’s more positive than now or less positive than now, that’s how it is. The season will not stop after this.

“But we know that it’s a big one. The whole world is watching the game, I would 100 per cent, everybody I know will, so it’s a massive one. I’m really looking forward to it, but the discussions around I’m not part of.”

Liverpool suffered their only defeat in the league last season away to Pep Guardiola’s eventual champions when they were beaten 2-1 in January.